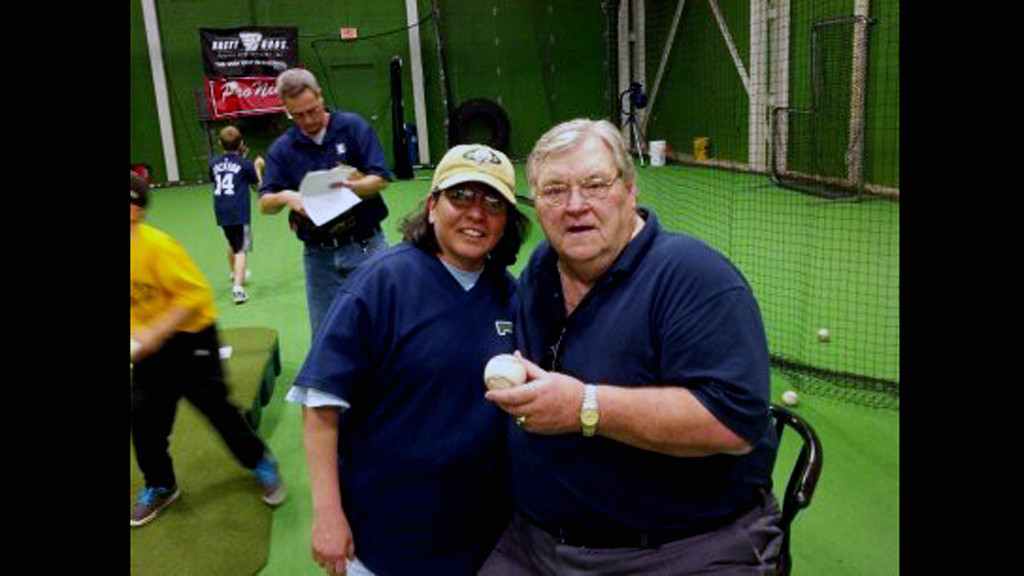 (CNN) – Denny McLain is a recognizable name to almost any baseball fan, especially in Detroit, where he played most of his MLB career. But even his best friends don’t recognize him after a 162-pound weight loss.

“I met a friend yesterday. I hadn’t seen him in a year. He was sitting two tables across from me,” McLain said. “He didn’t recognize me. He finally said, ‘It’s not you, only half of you.’ I said, ‘The other half is gone.”

When McLain broke into pro baseball, he weighed around 185 pounds.

He was known during his playing days for consuming a case of Pepsi every day. This habit, he said, added 10 pounds a year to his 6-foot-1-inch frame.

McLain made a life-changing decision to have bariatric surgery last June.

McLain said his stomach once weighed about 55 ounces. It now weighs about 4 ounces.

Since the surgery, McLain has lost 162 pounds. He won’t say exactly what he weighs now, but “it’s the closest I have ever been to my playing days weight.”

While concern for his health played a role, McLain said it was his wife’s condition, not his, that prompted him to make this major life change. Sharon McLain was diagnosed with Parkinson’s Disease a year ago.

“The quickness of the disease has been quite shocking,” McLain said.

“My doctors both took me aside and said, ‘Sharon is sick. Two things can happen. One is good. One is bad. The good thing: You have heart attack and die. Bad news: If you have a stroke and don’t die, who is going to take care of you? How much help can you be?’ ”

McLain said his wife has an athlete’s competitive nature in her, thanks in part to her father. Lou Boudreau was an eight-time MLB all-star as a player, and manager and member of Baseball’s Hall of Fame.

Sharon has lost her sense of balance, McLain said, and has difficulty walking. But she’s “a fighter.”

“It’s a battle every day,” he said of Parkinson’s. “You never have two good days in a row.”

McLain only eats one meal a day, snacking on nuts and drinking flavored water the rest of the day.

“That’s not a diet I would recommend for every(one), but it seems to work for him,” Pesta said. “He has his energy back; he is moving well.”

McLain was known as a carefree player on and off the field, though he had his share of ups and downs.

In 1968, he became the last pitcher to win 31 games in a season (a record many think never will be broken due to the different handling of pitchers today).

He was the Cy Young winner, the Most Valuable Player Award winner and on the cover of Time magazine that season.

He was also an excellent organist — a talent that evolved into a side career, including an endorsement deal for Hammond Organs, playing on “The Ed Sullivan Show,” headlining performances in Las Vegas, and cutting a pair of albums.

In true McLain style, he bought his own airplane and learned to fly it himself.

He was also suspended in 1970 for being linked to a gambling ring.

He has served time in prison twice, for cocaine possession in 1985 and for embezzlement and money laundering in 1996.

He was in bankruptcy court three times.

His wife divorced him during his second prison stint, but the couple remarried after his release.

In 1992, his oldest daughter, Kristin McLain-Sutherland, was killed by a drunk driver, only three days after her wedding day.

On the day McLain spoke to CNN, it was the anniversary of her death.

“We’ve only had two bumps — the day I lost my daughter, a monster bump, and the last 13 to14 months, with Sharon’s illness,” he said. “Life throws bumps at everybody.”

While his wife cheered for McLain during his playing days, now it’s the other way around.

“The worst part is the depression, such serious depression,” McLain said of her diagnosis. “Nobody likes to live like this. You need cheerleaders around you all the time.”

It’s easier for him to be there for her now with his weight loss.

“I was in a wheelchair 75% of the time” before the surgery, he said. “I have a real bad right knee — when you are carrying around another 162 pounds, it really took its toll. I was embarrassed by that.”

McLain now mentors others who have gone through the bariatric procedure.

“You have to deal with it,” he tells them. “Anybody out there who has this problem, we can call it ‘being fat’ or ‘heavyset’ or ‘big boned’ — whatever you want to call it. I was fat. We’re all kind of sheepish about it.”

He also keeps up with his seven grandchildren, attending many of their sporting events. And he helps raise money for other causes, including the Ted Williams Museum in Florida. Williams was manager of the Washington Senators; he and McLain often battled during McLain’s short stint with the team.

“It’s been 35 years since I have been in this sort of shape,” he said. “I can do things now I could never do.”