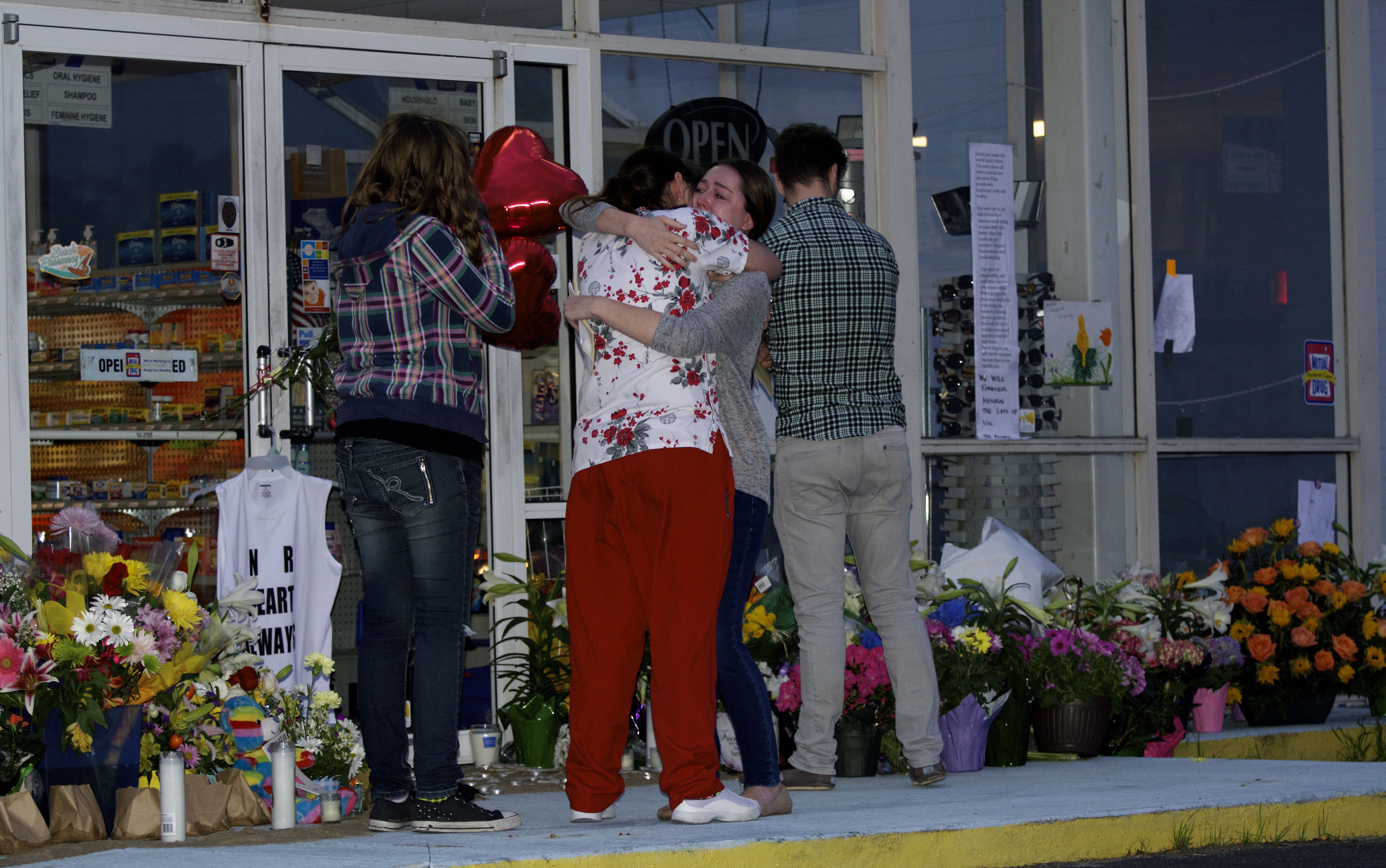 Virginia Beach, Va. – Walter Hubbard is charged with the death of David Kilgore at his pharmacy on Laskin Road yesterday afternoon.

Investigators say Hubbard tried robbing another business on 17th Street and then led them on a chase that ended in a crash at Witchduck Road and Virginia Beach Boulevard.

Friends and even strangers are leaving flowers, balloons and lighting candles in his memory.

Beach police arrested 55-year-old Walter Hubbard. NewsChannel 3 is now learning more about the moments before police say he shot and killed a Virginia Beach pharmacist, robbed another pharmacy, and led officers on a dangerous chase.

According to court documents – Hubbard knew his neighbors were not home, went inside, and took a gun and car keys around 9 a.m. Monday morning.

Investigators say David Kilgore, the owner and pharmacist, refused to hand over the drugs and Hubbard shot him.

The popular pharmacist died at the hospital.

In Hubbard’s arrest warrants, a detective notes Hubbard drove to another pharmacy to get what he wanted, robbing Barr’s on 17th Street just a few blocks away.

According to investigators, the police pursuit lasted nearly 12 miles from the Oceanfront to Witchduck Road and Virginia Beach Boulevard and in that time police say Hubbard fired his gun at officers at least 17 times before running over police spikes.

The following message is from the Kilgore family:

Thank you for the outpouring of love and support.

Dave will always be in our hearts as a loving spouse and father as well as a caring friend and servant to all his patrons in the neighborhood.

We appreciate your patience as we work to re-open to serve our community on Wednesday, April 16th.

The Kilgore family and staff of Beach Pharmacy.

The following message is from the Rooney family to David Kilgore:

You made the world much better, you were above all others and did not shy away from people who expressed truth and reality.

You were fair to all and carried their burdens while trying to make their lives better when they could not get answers you gave them answers and understanding.

Your sense of responsibility and convictions were a welcomed retreat , when going to the pharmacy should be a hardship, you made it a relaxing place to go where the hustle of one’s workday was eased once they entered your doors.

David Kilgore you will not be replaced because there is no one like you.

We will forever mourn the loss of you.

You can leave condolences for the Kilgore family in the comment section below.

This letter posted at the pharmacy echoes how most felt here at the oceanfront about David Kilgore pic.twitter.com/jk1lyNYTuJ