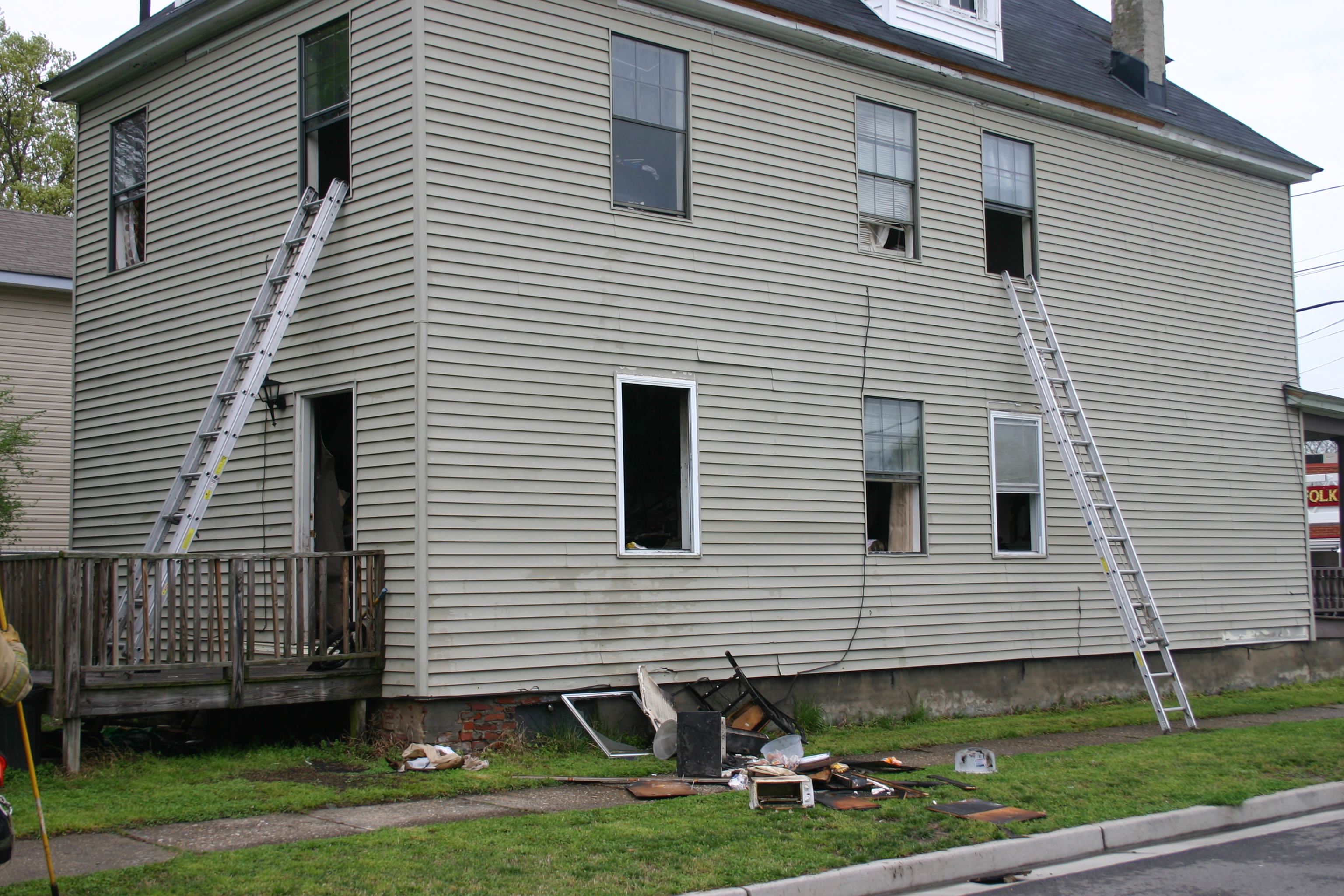 Norfolk, Va. – Nine people including five children have been displaced after a fire broke out inside of a Norfolk home. One person had to be rescued by fire crews.

Calls came in about the incident just before 5 p.m. in the 1400 block of Chapel Street.

Witnesses say they saw smoke coming from the home.

Initial reports said a victim was still inside of the home. Everyone else was able to get out safely.

A bystander helped to get two of the occupants out of the home before fire crews arrived.

The fire was located primarily in the kitchen and this was quickly put out by fire crews.

Three people were rescued from the home and evaluated and treated by crews. Two men were taken to the hospital. The other was treated at the scene.

The home sustained fire and smoke damage on both floors.

The fire has been ruled accidental.