When a rescue and a baby became besties 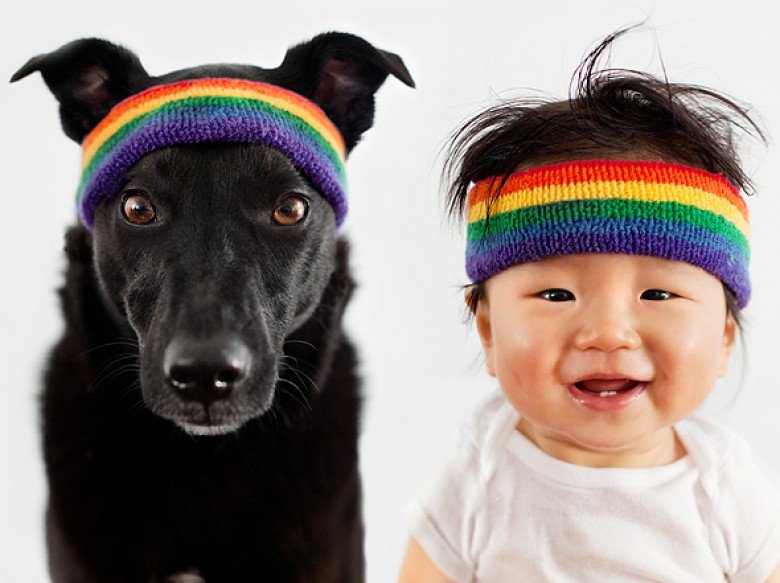 (HLNtv.com) — When you look at a picture of Zoey, a rescue dog from Taiwan, and Jasper, a 10-month-old Chinese-Korean baby, it’s hard to imagine they were ever anything but best friends. But once, they weren’t.

Grace Chon, Jasper’s mom, is a professional photographer that started a project called Zoey and Jasper. She regularly posts pictures of the boy and the dog wearing matching outfits, which are adorable enough to make your head explode. But what’s even more remarkable is finding out how Zoey and Jasper’s friendship came to be.

“We found Zoey via Petfinder, and she was brought to us via Animal Rescue Team, a collective that helps adopt out animals and flies them to the United States to meet their new owners,” Chon told HLN.

Zoey was born in a gutter and a shop owner was trying to hose her away, according to Chon, when she was rescued and brought to Animal Rescue Team. However, even after finding a forever home, Zoey wasn’t at ease just yet.

“It took a long time for Zoey and Jasper to become friends,” Chon said. “Zoey was very cautious. She never let Jasper touch her until he was 7 months old.”

It was then that the dog and the boy started to bond. Chon, catching wind of the budding friendship, decided to start a photo series of the two. And now Zoey has gone from being a scared pup to a happy pup.

“She skips around and dances when the outfits come out,” Chon said. “She loves it!”

And will the series continue? Chon says she’s still snapping away.

“I’m going to continue doing this as long as everyone enjoys it,” Chon said. “So far, that’s the case!”