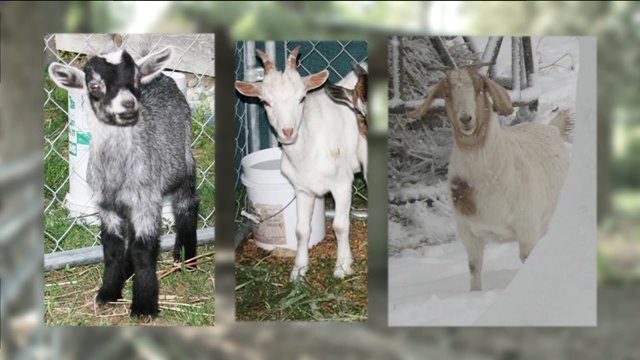 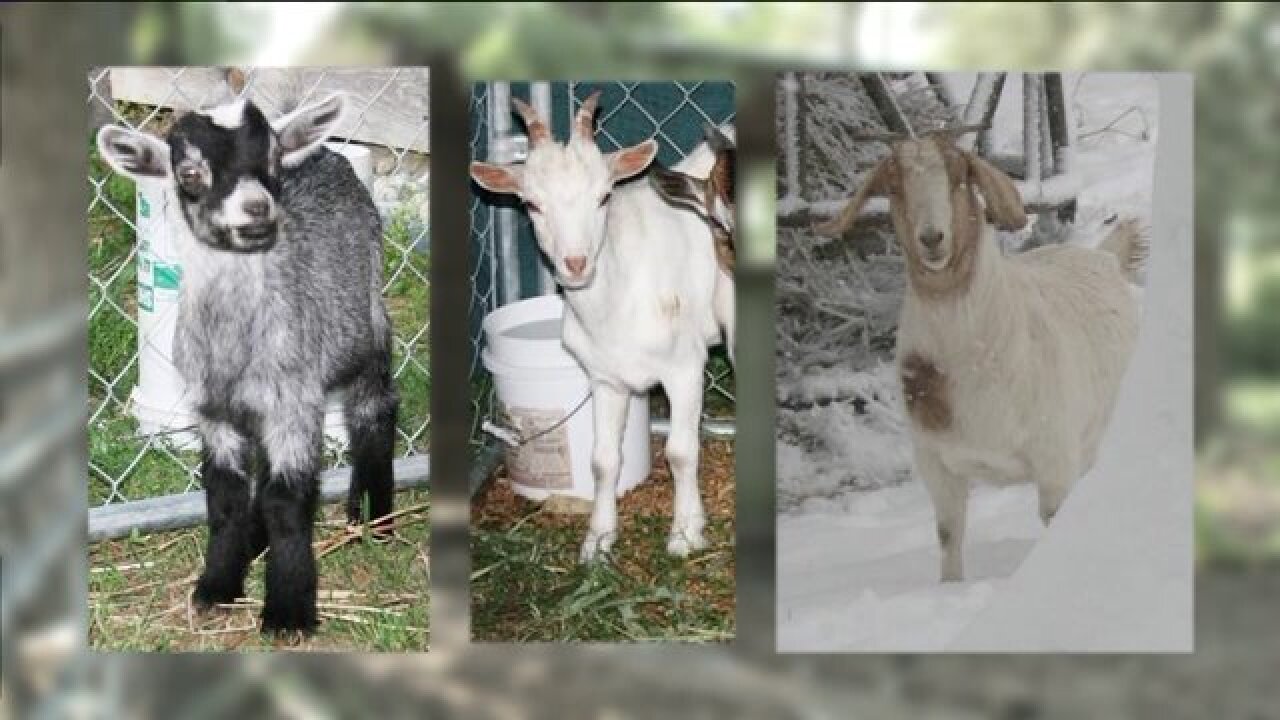 Suffolk, Va. - Three beloved family pet goats were viciously killed in Suffolk over the weekend. On Monday morning, the Peacock family discovered their goats, Grievous, Bobbie and Ethel were all dead.

"They've never seen anything as vicious as this," says Jill Peacock. "They were all shot, same way in the back of the head. Ethel was found in here, so they probably cornered her in here and killed her there. "

The family has no idea who would do this.

"No reason, I don't understand it,” says Jill's husband, Jeff Peacock. “Why would you want to go shoot something that's not even bothering you."

The Peacocks own Farmer Franks Farm Market in Suffolk. The goats were kept a few miles away on their remote farm along Quince Road.

Jeff suspects they were shot some time Saturday. He came to feed them that morning.

"It’s not uncommon to hear a gunshot, but people usual respect other people's property and animals," he says.

"They couldn't run from these people,” Jill Peacock says. “They were in a fenced in area and these folks could get to them."

The couple bought the goats for their three boys.

"He was just real friendly, funny,” says Jeffrey Peacock, the middle son. “He jumps in that window to the house and jumps out."

The family says the goats were great pets that were taken away for no reason.

"I’ve got a donkey and a horse and I don't want nothing to happen to them," Jeff Peacock says.

"We're worried because Sugarbear's pregnant and Festis, we've had Festis for a long time and he's real friendly," Jeffrey says.

They're hoping someone will come forward with answers.

If you have any information, you can take action against this crime and call the Crime Line at 1-888-LOCK-U-UP.