Virginia Beach, Va. - An overnight crash left one car smashed into the front of a Virginia Beach home, and another embedded in a tree.

Police say a man was driving at least 65 mph on in the 2600 block of Bernadotte Street when he lost control and hit a parked car. The impact sent the parked car crashing into a home and the man's car struck a tree in the front yard.

The accident happened around 2:30am. The driver, Charles K. Brewton III, was charged with Reckless Driving after being examined at a hospital.

The owners of the home tell NewsChannel 3's Jackie Morlock that the parked car belonged to their 18-year-old son, who planned on using it to pick up his girlfriend for their prom this week.

Two businesses saw the story on NewsChannel 3 and contacted us wanting to take action to give him a ride.

They gave him a black Cadillac, a chauffeur and dinner! 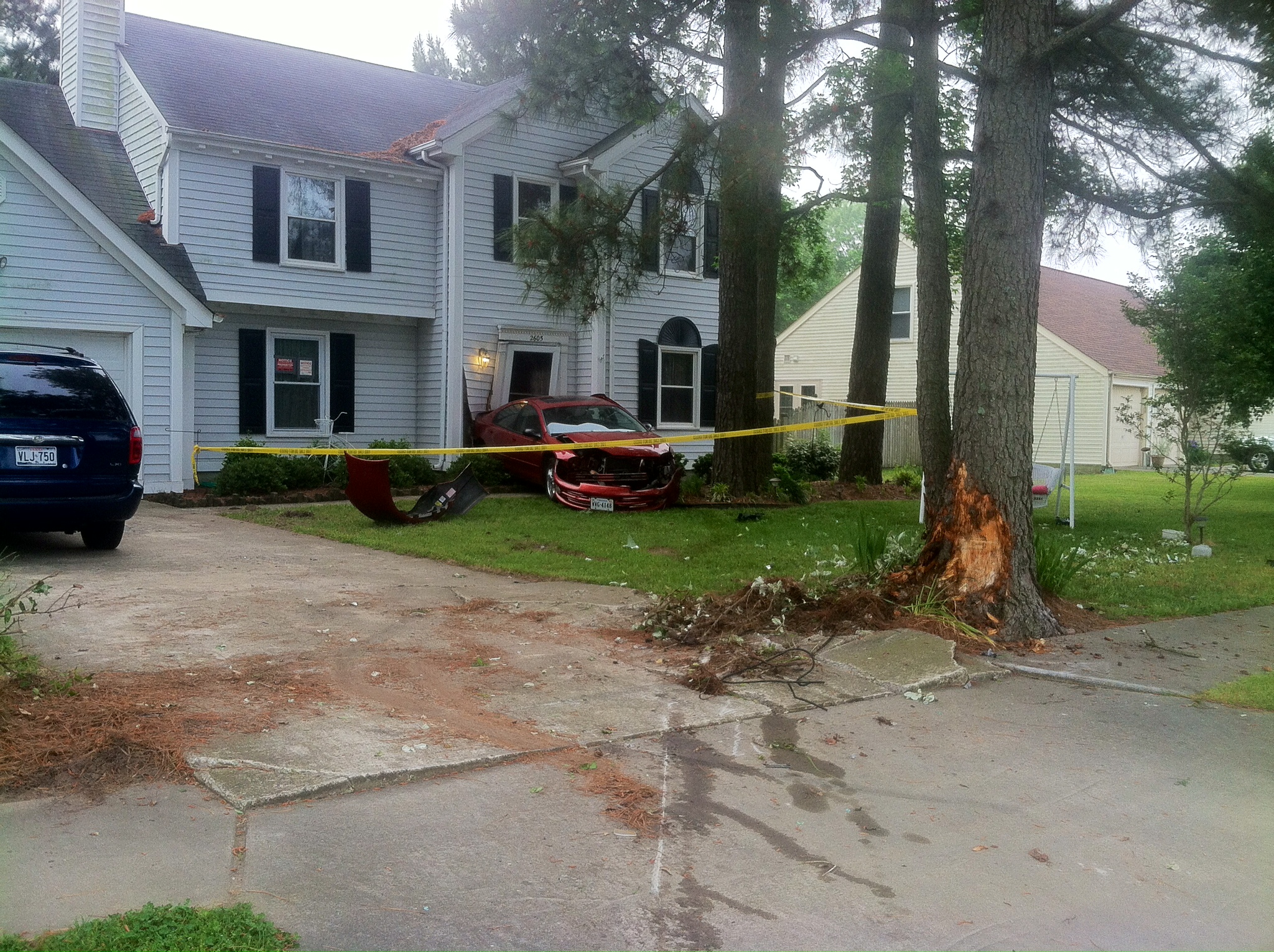