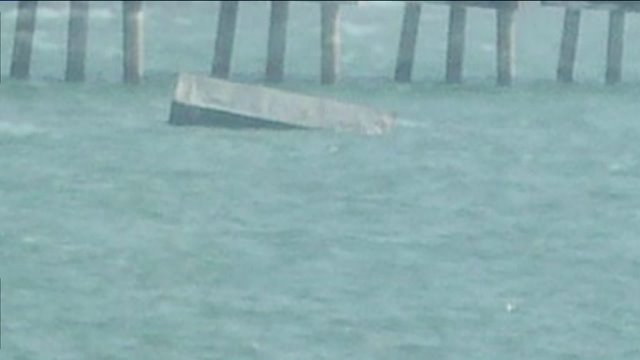 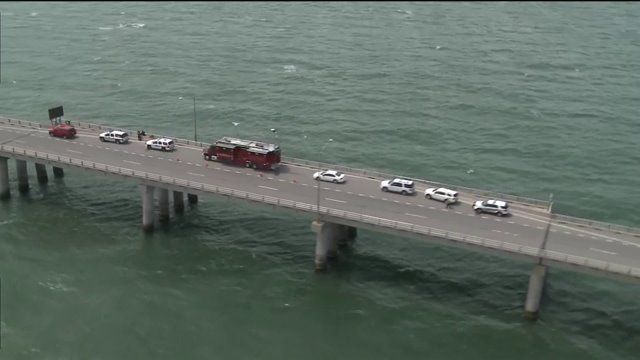 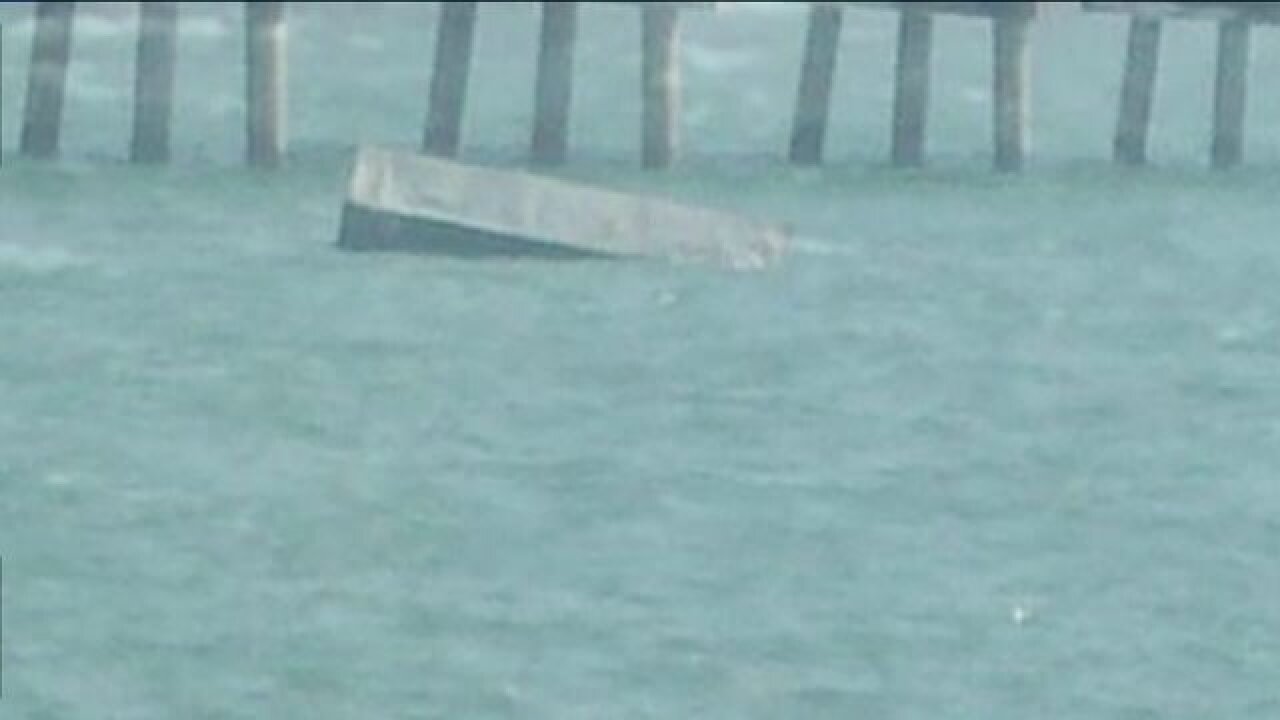 UPDATE: The body of the driver was recovered around 9am Saturday morning. He has been identified as 45-year-old Daawuud Z. Hakim of Chesapeake.  Mr. Hakim was employed as a contract driver by Big Daddy Drayage.

A tractor trailer and its driver are still submerged in the Chesapeake Bay after it crashed into a maintenance truck before jack-knifing and crashing into the water Thursday morning.

Recovery efforts are on hold for now due to weather, according to the Deputy Director of the Chesapeake Bay Bridge-Tunnel. Crews will resume efforts on Saturday.

The accident happened near mile marker 15 shortly after 10:00 a.m.

The driver was heading northbound as workers were on the CBBT making repairs to cracks.

The tractor trailer crashed into one of the maintenance trucks, as well as a light pole, police say. It then went over the railing and into the water.

Todd Cannon with the Virginia Department of Emergency Management was immediately behind the truck and saw the crash happen.

"It was a loud impact. I actually was on the phone with the Coast Guard talking about a different issue and that ...helped me to get more assets there quickly because I was ...speaking to them at the time of the impact," he says.

Special Warfare Combatant-Craft Crewman from an East Coast based Special Boat Team were training in the area and able to assist the Coast Guard with Search and Rescue Operations until local authorities arrived on scene.

Navy crews have also hooked up cables to the cab of the truck and the trailer to keep them from drifting, officials say. The truck was visible above the surface for quite a while but has since sunk.

Virginia Beach Fire and EMS teams responded to the scene, attempting to recover the driver.

Navy sources tell NewsChannel 3 that an H-60 helicopter was dispatched with a rescue swimmer who made multiple attempts to try and reach the driver. However, the cab of the truck was reportedly too damaged for the swimmer to breach.

The swimmer could see the driver and reports that they appeared to be in bad shape.

A rope was attached to the door of the tractor-trailer's cab and pulled by one of the SWCC boats, but that effort was also unsuccessful.

The driver of the tractor trailer was "too entangled" in the wreckage to be saved, according to Amy Valdez of the Virginia Beach Fire Department.

"It's a multi jurisdictional response to make sure all of the responders are safe. Concerned with what the truck may be carrying or if anything was spilled into the water, no hazards at this point. As far as what is in the trailer, they don't know," Valdez added.

A private Portsmouth company is now tasked with diving in to recovery the driver's body. Efforts are expected to resume on Saturday, May 17. 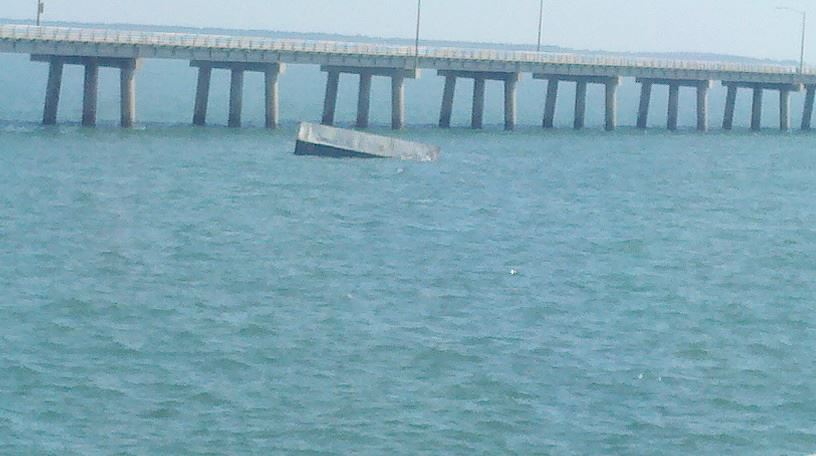