Norfolk, Va. - It was an unnerving sight—a moving truck was swallowed by flames after running into power lines on Pretty Lake Avenue in Norfolk on Thursday.

Sonja Cichy-York was in the kitchen when the truck packed with furniture hit a low-hanging power line just yards from her Ocean View home.

“I was putting on my sauce for cooking for the day and I was like 'turn off the gas!,’” says Cichy-York.

The still energized power lines along with the pole crashed onto the metal trailer quickly igniting.

“It was pretty hot, you could smell it; Smokey and real black and it was hot.”

It was so hot that the siding on several homes melted away.

“Luckily the wind was blowing the other way. If it was blowing into the house then pretty much my house would have been engulfed in flames as well,” says Cichy-York.

It was damaged but not destroyed. Thankfully, no one was hurt including the truck driver.

“I thought for certain that the driver was really quick thinking to be able to get out of it because the poles had come down on the cab, and luckily he didn't get entrapped,” she says.

Firefighters had the flames out in about 30 minutes.

By 5 o'clock, what was left of the truck was cut up into pieces, loaded up and towed away. 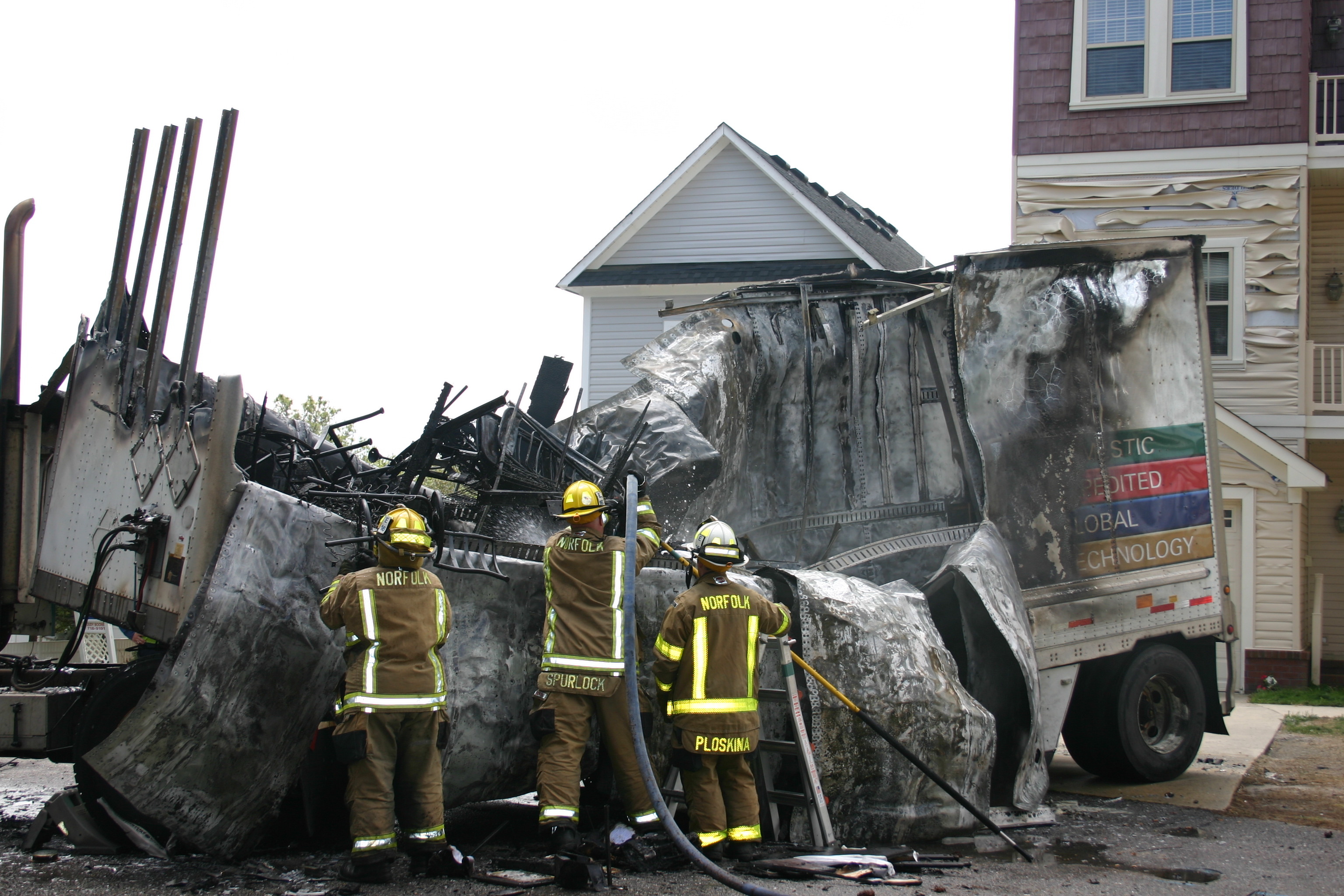