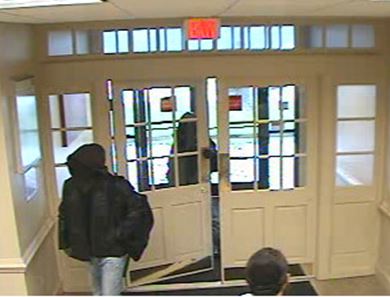 The FBI and the Chesapeake and Virginia Beach police departments are asking for the public’s help in identifying two men who robbed the Wells Fargo at 672 N. Battlefield Boulevard Friday morning.

The men are believed to be connected to 11 other robberies in Virginia Beach and Chesapeake.

On Friday the two, wearing dark clothing and covering their faces, entered the Wells Fargo with handguns and demanded money before running out of the bank.

The previous robberies the men are believed to be connected to are:

Anyone with information regarding one or more of these bank robberies or the suspects involved should call the Norfolk FBI Office at (757) 455-0100. Members of the public should consider the subjects armed and extremely dangerous, and should not attempt to approach or apprehend them.

A combined reward of up to $25,000 is being offered by the FBI and the financial industry for information leading directly to the arrest and conviction of the individuals responsible for these robberies.