UPDATE: Beach police say LaLa has now been located. She was found by a Beach detective and animal control and was reunited with her owner. She was found in the 1300 block of Waycroft Reach in Chesapeake.

Officials are still investigating this case.

Virginia Beach, Va. - A first-timer to the online dating world, a Virginia Beach man, wanted to meet a nice girl.

Instead he met a woman who Beach police say stole his family dog, a Pomeranian named Lala.

The 30-year-old chose not to disclose his name, but wanted to share what happened.

"She basically messaged me on it,” the man says. “I didn't message her. Wish I had never downloaded it."

They met on the dating app Skout. He says she went by the name Essence, a 22-year-old college student from Portsmouth.

He invited her over to his house last Wednesday.

"Just watching a movie and stuff like that and she was going back and forth to her car."

First, she told him she left her keys in the car. He says he thought nothing of it.

But then it happened again.

"I think she had to go check to see if she had some clothes she wanted to change into but she never came back with anything," the victim says.

The third time, he says she went to get an iPad from her car.

At this time he started to get suspicious. He came downstairs looked outside and saw his date was gone and so was his dog.

"From there it was just panic," he says.

The kennel was empty. Lala was nowhere to be found

"I contacted her and said 'Can you please bring my dog back? Why would you take me dog?' He got no response," he says.

And Essence deleted her Skout page, too.

Investigators say she was driving a burgundy Chevy Malibu and frequents Portsmouth and Williamsburg.

As for online dating, the victim says his first time will be his last.

"I don't think I’ll be doing this again. I’ll put it like that,” he says. “I’ll just be meeting people in person, go back to the old fashioned way."

If you have any information for investigators, call the Crime Line at 1-888-LOCK-U-UP. 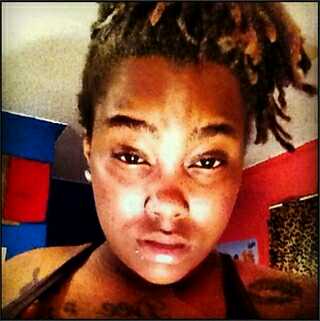