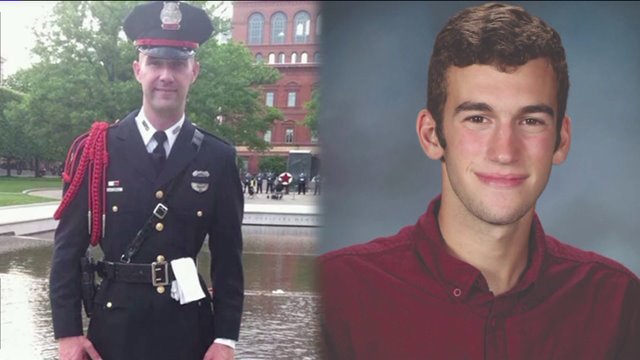 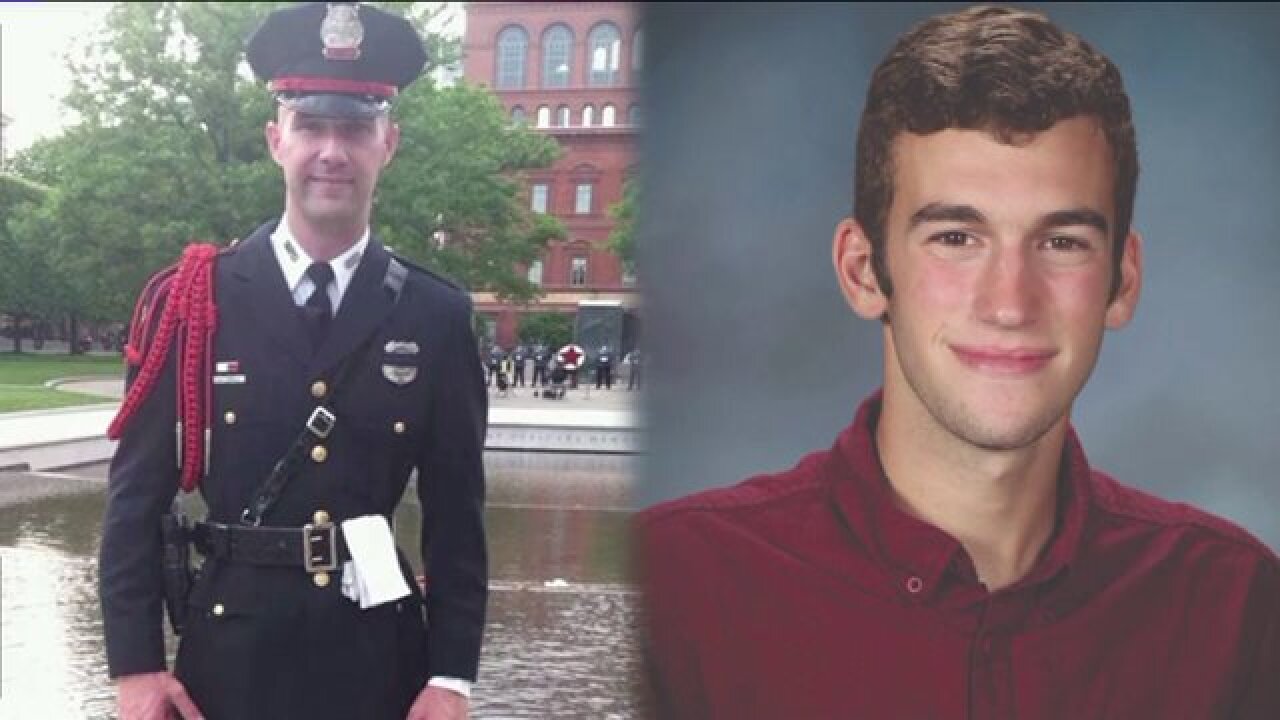 Norfolk, Va. - A Norfolk police officer and a 17-year-old Norfolk Christian student were killed by a gunman who was later killed by police Friday night.

A second police officer, also wounded, could do nothing to save Officer Brian Jones.

Jones is survived by his wife, two sons and a daughter. He was a five-year veteran of the police force.

The deadly night began when shots were reported fired in the 8400 block of Chesapeake Boulevard at 10:48 PM.

One of the bullets struck 17-year-old Mark Rodriguez inside his own vehicle as he headed home from a graduation party.

Rodriguez died at the scene. The teen had just finished his junior year at Norfolk Christian that day and was the High School Worship Leader.

After killing Rodriguez, Brown then retreated to his home.

Neighbors had heard gunshots in the distance, an unusual sound there that drew them to their lawns. While outside, they saw Brown pull up to his house, leaving his Jeep idling and the stereo blasting. Shortly afterwards a woman and a dog ran out of the house.

"And then a marked vehicle comes up with a spotlight. He stops here for a second. I don't know if they exchanged words or whatever, he pulls up in front of the house and within a matter of seconds there was probably 30, 40 sounds of gunfire."

Steve Koptchak shielded a neighbor and then crept to the scene to see if the officers needed help. Then he saw Brown get into the Jeep, now pocked with bullets, its engine sputtering and straining.

Both Jones and Allison had been hit.

"He continues down the street at a high rate of speed. Takes a right down here," says Koptchak. "After he passes me, I was wondering why are the police not pursuing him. So I went down to see if the police are all right. When I arrived there, the one officer was hovered over the other officer on the ground. He was talking to his partner, something to the effect of, stay with me or stay with us."

Both Allison and Jones were transported by Norfolk-Fire Rescue Medics to Sentara Norfolk General Hospital for gunshot wounds. Officer Allison was treated for a gunshot wound and is expected to make a full recovery.

Other officers converged on Brown's Jeep, as it battered into passing cars on Galveston Avenue and crossed East Little Creek Road before finally crashing. Police say they tried to arrest Brown, but he fought and was shot in the street amid the debris from his bullet-riddled and smashed Jeep.

Neighbors say they never had any problem with Brown – but they all called him ‘Wyatt Earp’ because he walked around with a pistol on his hip open-carry style.

Brown was previously convicted for assaulting a police officer and carrying a loaded weapon.

Court records show Brown was sentenced to a year in prison in January 2011 for assaulting a police officer the previous October. At the time of sentencing his charge was reduced from a felony to a misdemeanor.

Brown was also convicted of carrying a loaded weapon in 2012 and was given a year's suspended sentence. Had either charge been a felony he would have been forced to give up his weapons.

The last Norfolk police officer killed in line of duty was Officer Seneca Darden in 2006. Darden was shot and killed by another officer that May as both responded to a shooting.

This Live Blog is now closed