A beach assault demonstration featuring more than a dozen military craft and nearly 100 service members was held before the ceremony.

The great invasion force which stood off the Normandy coast of France as dawn broke on June 6th 1944 comprised 9 battleships, 23 cruisers, 104 destroyers, and 71 large landing craft of various descriptions as well as troop transports, mine sweepers, and merchantmen. 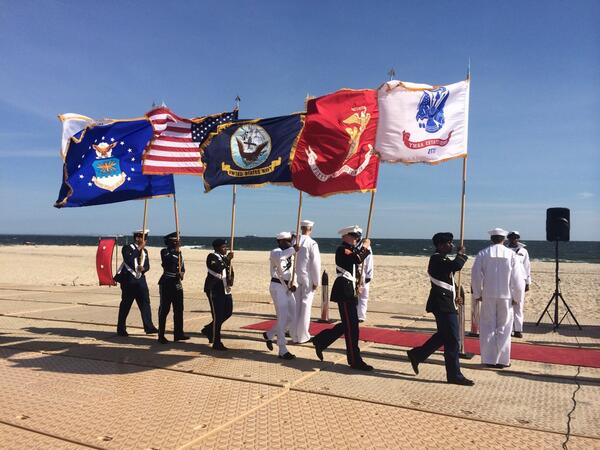 There were nearly 5,000 ships of every type, the largest armada ever assembled. The naval bombardment that began at 5:50 that morning detonated large minefields along the shoreline and destroyed a number of the enemy's defensive positions. In the hours following the bombardment, more than 100,000 fighting men swept ashore to begin one of the epic assaults of history.

A sailor just took a selfie with a D-Day veteran. I have now seen everything. @WTKR3 pic.twitter.com/VCYxt18oZz