The Elrod and Bataan received a report from an Italian military marine patrol aircraft that sighted the vessels, one of which was sinking, at approximately 3 p.m.

The Bataan launched two Search and Rescue MH-60S Sea Hawk helicopters to investigate. Once on scene, Bataan’s helicopters confirmed a small vessel was sinking and deployed their rescue swimmers to start extracting people from the water.

The Elrod deployed its 7-meter rigid hull inflatable boat (RHIB) and the Bataan deployed its 11-meter Captain’s Gig and 7-meter RHIB to assist. The 282 people recovered were brought on board the Bataan and given food, water, and medical attention. 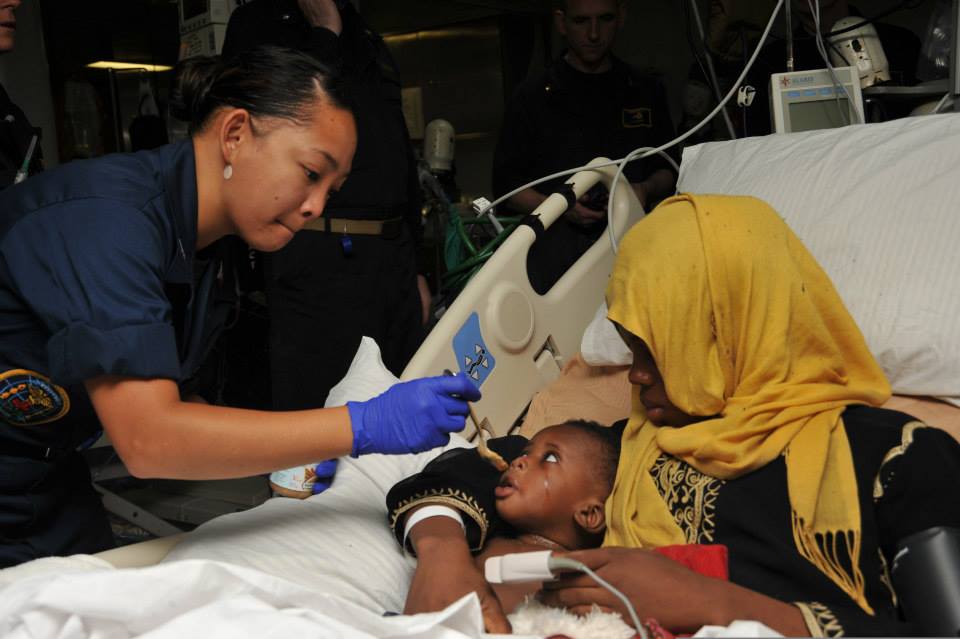 The Bataan transferred 277 of the people to an Armed Forces of Malta offshore patrol vessel, and another five were medically evacuated to Malta on Saturday.

The Bataan, with elements of 22nd Marine Expeditionary Unit, is operating in the U.S. 6th Fleet area of operations to augment U.S. Crisis Response forces in the region.