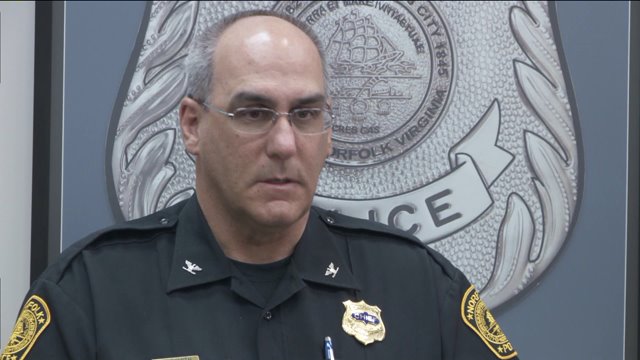 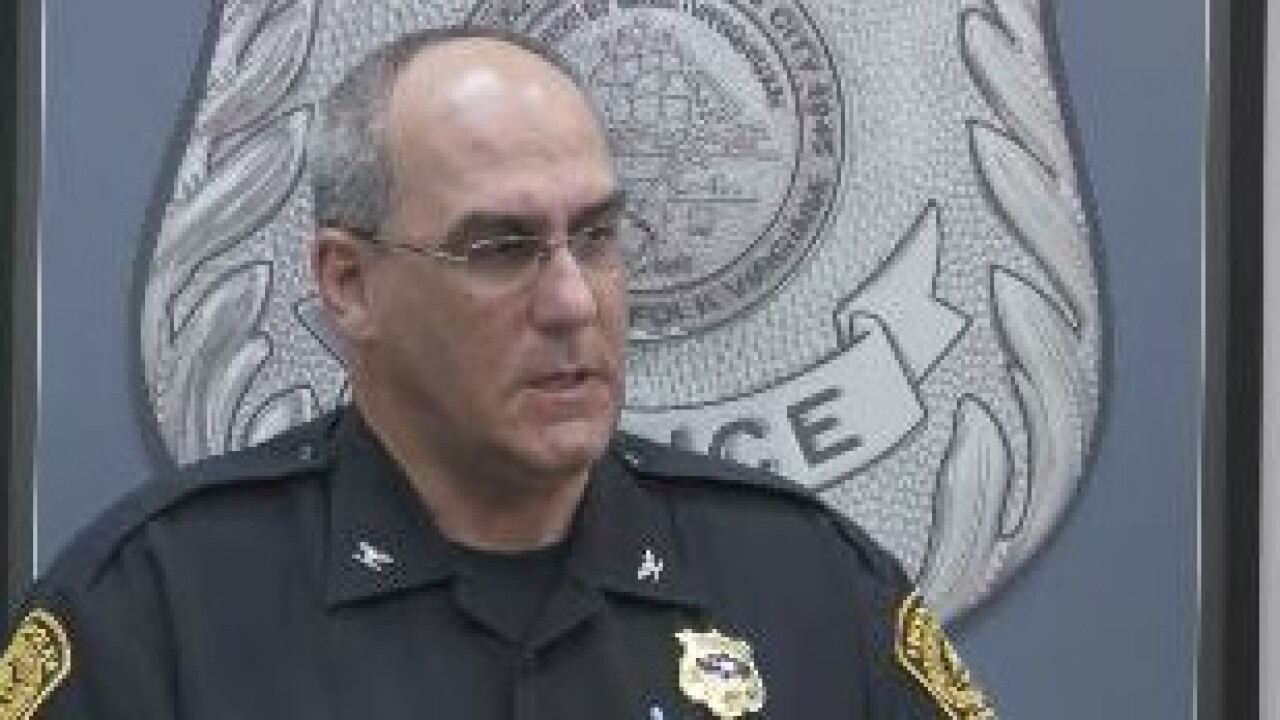 "Good morning. I want to thank ya'll for coming this morning. I'd like to give you a brief synopsis on both recent incidents and share some of the crisis intervention training that our officers receive.

First, I would like to extend my sincere condolences to both the Faine and Latham families for the loss of their loved ones. On June 4, 2014, at 3:13 p.m., officers responded to 850 East Virginia Beach Blvd. to serve an emergency custody order to Mr. Faine at Calvary Towers. The officers identified themselves and gained entry to his apartment. Mr. Faine, armed with a knife, charged an officer in the small apartment. The officer fired his weapon. The officers performed first aid until Mr. Faine was transported to Sentara Norfolk General Hospital where he later died.

On June 6, 2014 at 11:05 p.m. calls were received from 411 West 30th Street reporting that an individual had pulled a knife on his brother. At 11:07 p.m., responding officers are advised that a second caller reports that her mentally disturbed son has pulled a knife on her other son. As officers approached the residence, a passerby advised the officers to hurry, as there is a man with a knife. The officers find Mr. Latham armed with a knife and blocking the doorway to the residence. The officers see the others inside the home, Mr. Latham refused to drop the knife. At 11:08 p.m. the officers report that Mr. Latham had been shot. He was transported to Sentara Norfolk General Hospital where he later succumbed to his wounds.

Both of these tragic events are currently under investigation. Once complete, we will turn our findings over to the Commonwealth's Attorney's office. The CA office will review the actions of the police officers involved. Despite the tragic incidents in the last few days, since 2011 we responded to more than 7,900 psychiatric calls for service. So far this year, officers have responded to 909 psychiatric calls. I've heard media reports claim that Norfolk PD is developing a pattern on how our officers respond to mental health calls. In the last nine days, Norfolk police officers have responded to 76 weapons calls, 36 mental health calls, and 24 violent domestic calls. All of these were resolved with little incident. For example on Friday, our officer successfully talked a woman off of the Campostella Bridge.

Community service board members teach crisis intervention to every officer in our police academy. Our officers receive instruction on handling the mentally ill and verbal communication skills. These subjects are reinforced when we teach use of force. 105 of our officers have been through advanced training called Basic and School Resource Officer Hostage, Crisis Negotiation team training. This training covers multiple topics to include how to deal with suicidal subjects, mental illness, and post traumatic stress disorder. At this point, we have 30 full time members of this team spread throughout this department.

To maintain our Department of Criminal Justice Services certifications, all of our officers must attend 40 hours of training every two years. This year's training includes crisis communication instruction. It is always the goal of the Norfolk Police Department to resolve these incidents without injury to the suspects, citizens, or officers. While I was in charge of our Homeland Security Division, I addressed the opening of every Basic Hostage Crisis Negotiation Team School with that statement. The NPD is currently working with the community services board to implement the crisis intervention team model to further assist us in dealing with the mentally ill. This effort was in progress prior to the incidents of last week, and we will continue in this effort until we develop a model that best serves our community.

We have identified funding that will help us reach this goal. Even with all of our training and best efforts, our officers will sometimes find themselves in a rapidly escalating dynamic situation where they need to use force in an attempt to save the life of a citizen or to protect their own life. As part of well managed government, this department will continue to assess the effectiveness of our policies and operations. We will continue to look for ways to improve and deliver the services that our citizens expect. I cannot stress enough the safety of the public and my officers are paramount. Thank you."