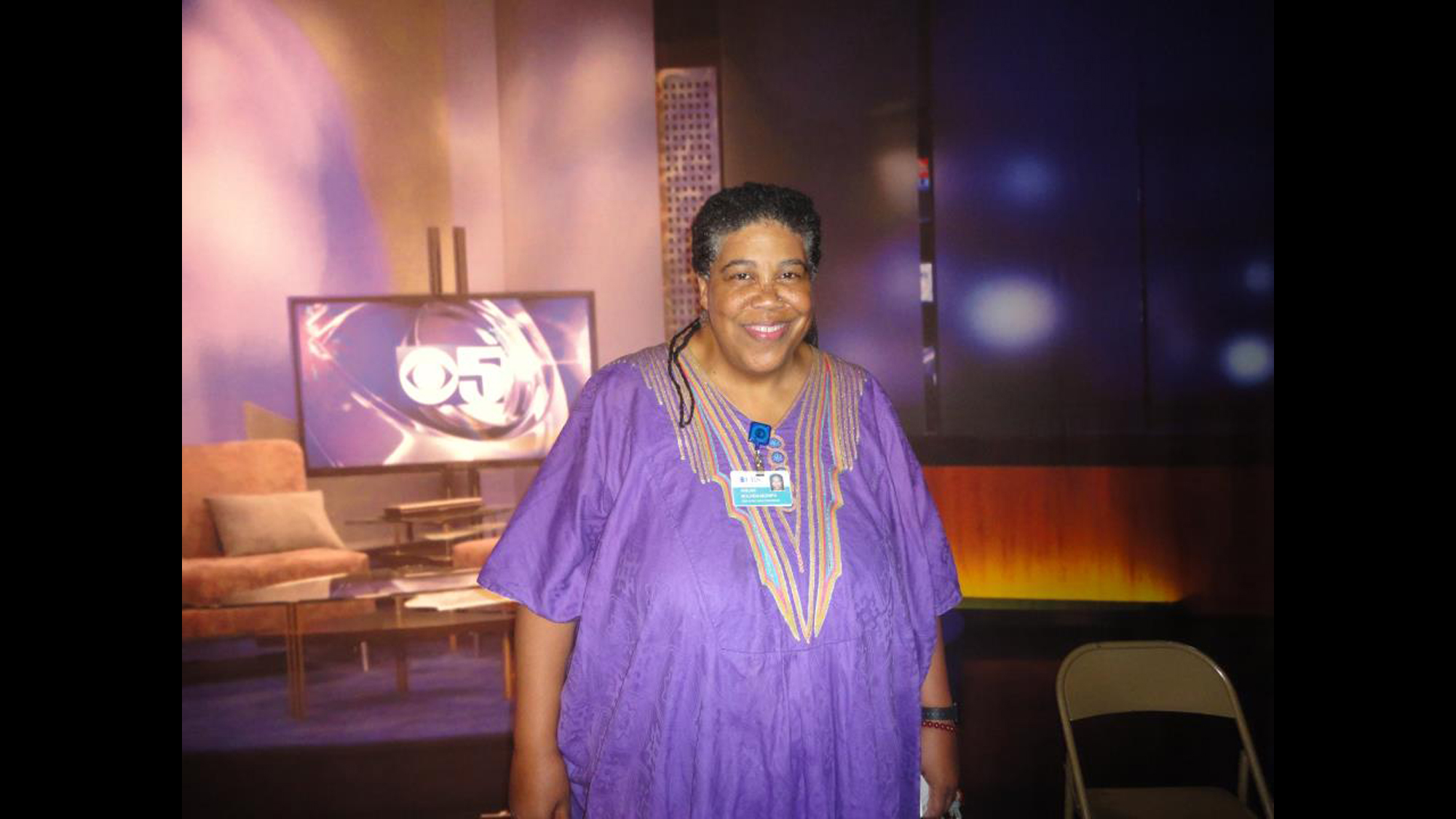 (CNN) – Akilah Monifa wasn’t a foodie until she lost 222 pounds.

The San Francisco-based communications director says she never used to taste her food. She ate mainly to feed an addiction.

“I ate a lot of junk, and I wasn’t mindful about what I ate,” Monifa said.

But unlike with drugs or alcohol, where an addict can stop the behavior that they are addicted to, she knew she couldn’t stop eating. So she decided instead to stop eating and drinking out of habit.

She started with small changes.

She gave up diet soda first. For her it was a real sacrifice.

“I would drink maybe six to eight Diet Cokes a day. I know people think it’s OK to drink since it doesn’t have calories, but I realized I never really had it on its own,” Monifa said. “I was usually rinsing down a big bag of chips with it.”

So she gave up chips.

After that she stopped eating the M&Ms, their bright colors always taunting her from the bowl at a woman’s desk outside her office door.

At her heaviest, Monifa weighed over 400 pounds. She says there was no one moment when she realized she needed to lose weight. The knowledge came in small waves.

Her daughter complained she walked too slow.

She couldn’t join her friends on rides at the amusement park because she exceeded the weight limits.

When she flew she had to use a seatbelt extender and actually got bumped once from a flight. When she got off the plane the gate agent told her he would put it in her profile that she had to buy two seats.

Monifa, 57, doesn’t know exactly how she put on the weight. She just knows she gained about 10 to 15 pounds a year after the age of 15.

Subconsciously, she may have been avoiding situations where she’d have to confront it.

Her mother, and then her partner, bought her clothes. She stopped weighing herself when she got to 389 pounds. She later realized she had even stopped looking in the mirror.

“There was a window on a department store, and I remember seeing someone out of the corner of my eye and thinking ‘Who is that big fat person behind me?’ It slowly dawned on me. That was me.”

She decided she had to do something drastic. She looked into gastric bypass; a friend had lost 110 pounds with the surgery. With gastric bypass, doctors create a small pouch at the top of your stomach and bypass the rest to send food straight to the small intestine. The walnut-sized pouch can only hold about an ounce of food.

“Right when I was thinking about it, I got a call from a friend who said that woman had passed,” Monifa said. “I put the surgery off. I wasn’t losing my life over it.”

Three year ago, she worked up the nerve to look into it again.

Her insurance covered a program at Stanford. It started on the right note with a lecture from the physician who would do her surgery.

“He said he did 2,000 surgeries and had no fatalities and he grew up in Huntsville, Alabama, which is where I once lived,” Monifa said. “I took that as a sign that it was going to be OK.”

The first two weeks weren’t bad. She didn’t mind the liquid, high-protein diet. She soon graduated to eating small quantities. But then she slipped into an old habit.

She was running late on the way to the gym. She stopped at a drive-thru. After one bite she threw up.

That’s when she gave up fast food for good.

By the time she went back to work in October she was down to 280 pounds. “None of the clothes I had fit, so I posted that on Facebook and people started giving me clothes in vast quantities. People were so incredibly supportive.”

They were also confused.

“It’s funny, when people hear that you have had gastric bypass, it’s almost like they think you’ve had liposuction and had the fat removed, but that’s not the case,” Monifa said. “A lot of what helps you lose weight afterward are all the changes you have to make.”

She eats five or six small meals a day and takes advantage of San Francisco’s reputation as an inventive mecca for foodies. She now enjoys fresh vegetables from the farmer’s market or a new take on a classic Asian dish. She’ll eat anything baked, broiled or grilled. She eats slowly to enjoy the taste and the smell and the quality. And if she does get a craving, she’ll eat a tiny amount of something rather than the entire container.

“I bought a quart of vanilla ice cream when I moved into my place a year ago, and it is still there,” Monifa said.

Group therapy helped. Setting exercise goals did, too. Her step counter reminds her to get at least 10,000 steps each day. And she didn’t just join one gym, she joined two. A 24-hour facility by her house in Oakland and a gym right down the street from work in San Francisco.

“Since that one is a lot of money, it motivates me to go every day,” Monifa said. “And it feels like a treat. It’s that fancy. I feel like a woman of luxury on the scene.”

Socializing now is about activity, rather than food. She takes walks with friends and plays basketball with her son. She plays tennis and swims.

When she does dine out she looks at the menu online and decides what healthy option to have ahead of time so she’s not tempted. She cuts her meal into a smaller portion and takes the leftovers home.

“I feel good, and I feel healthy,” Monifa said.

Her sleep apnea equipment and high blood pressure medicine are gone. Her lower back and joint pain disappeared.

And she takes the time to celebrate what she calls the NSVs: the little non-scale victories. Signing up for a charity walk, she relished when the staff insisted she take a medium T-shirt rather than her request for “the largest size you have.” She tucks in her shirt now, showing off her waist.

She has even started to date. And finally, after all these years, she looks in the mirror.

“I’ve never felt good about myself, about my looks. Now I feel like I could attract someone. My friend from college jokes that it is time I should be in a lesbian power couple, but really now I just want someone who can hold their own with me in this world.

“I finally see that I’m worth it.”