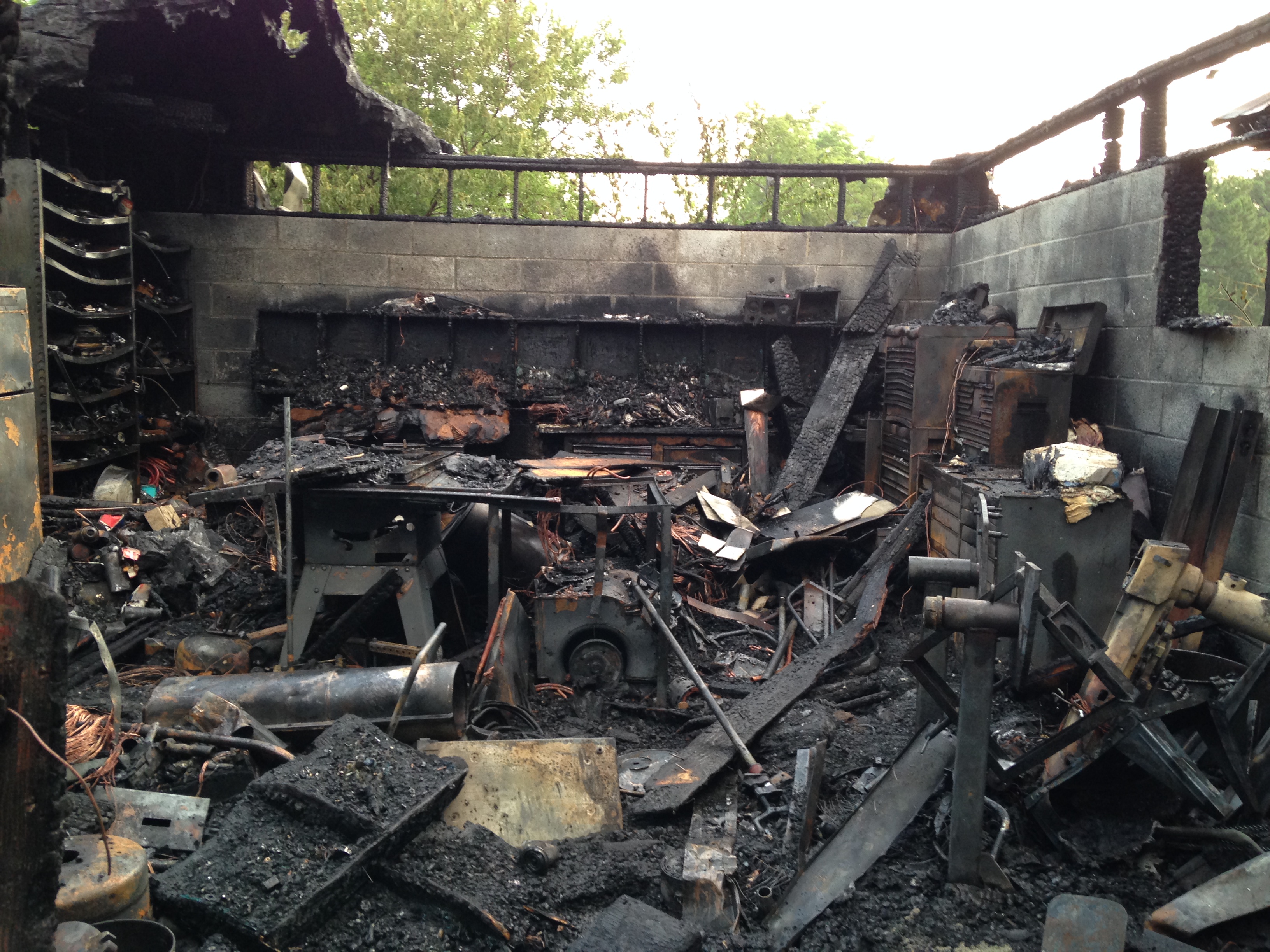 Hampton, Virginia – Fire crews were attempting to put out a garage fire in the 100 block of Linden Avenue around 2:30am Wednesday.

Officials say some type of fuel tank went off as crews were pulling hoses back.

Neighbors say they heard a loud explosion around 3:30 a.m. When they looked out the window, they saw flames about 30 feet high.

The initial cause of the fire in the detached garage is unknown at this time.

Fire officials say the garage is made of cinder block and is still standing but the roof is burned off.

No other homes were damaged but the fire did spread to a neighbor’s small shed.

The fire was under control shortly before 4:00am.