Virginia Beach, Va. - What better way to spend your day off, than standing on a corner dressed as Spider-Man --- protesting potholes?

That's what Scott Love did today, at Northampton Blvd. and Baker Road in Virginia Beach.

Another said, "Say no to potholes" with a number to call the city pothole line.

It's something Love says he's been doing for months.

"I've contacted the pothole number, supervisor, assistant managers, and they say they've already been out or they say they're going to be out, it's been months and months now. It's June, I don't know what they're waiting on."

If you want to report a pothole in Virginia Beach, CLICK HERE. 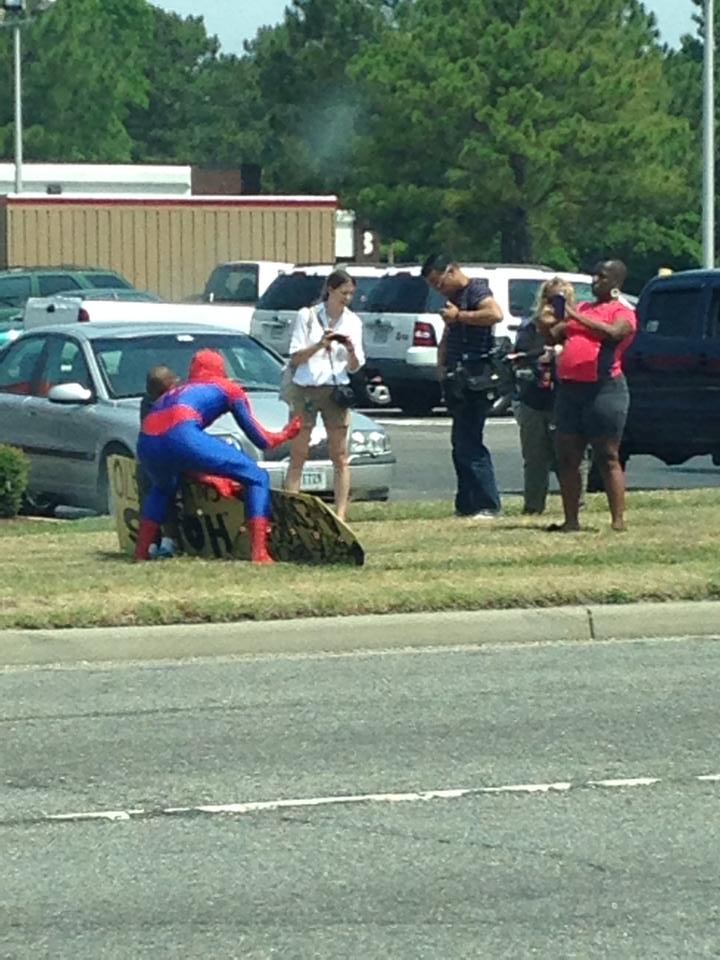