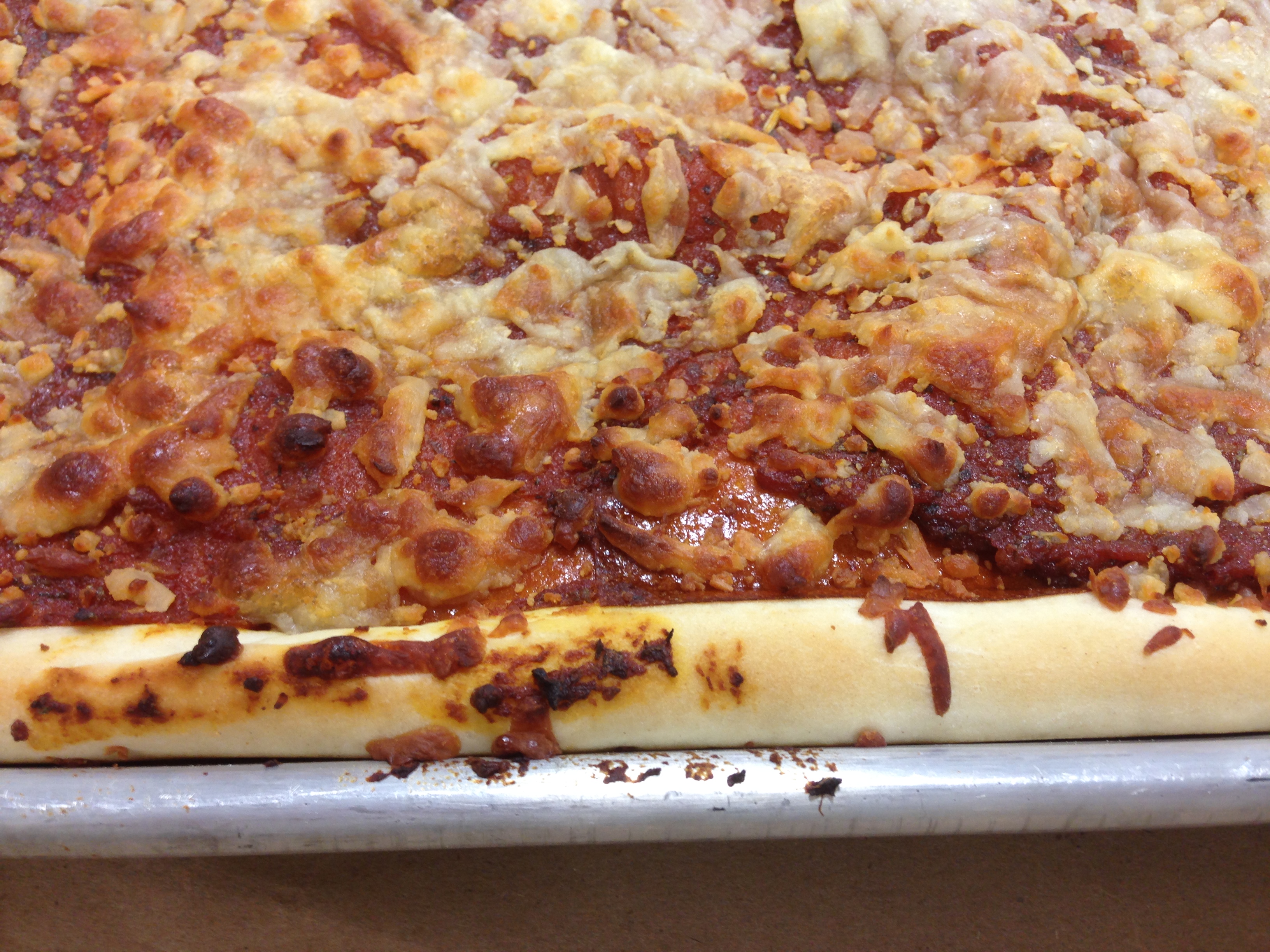 NEW YORK (CNNMoney) – Lauren Oleksyk isn’t trying to bake the best pizza in the whole world, but she might be responsible for the best slice of a person’s life.

While the group’s title is certainly a mouthful, their mission is simple: Keep America’s warfighters fed and in peak physical shape under some of the harshest conditions on the planet.

Along with several other teams that are part of the Combat Feeding group, her FPETT team develops those Meal(s), Ready to Eat that you’ve probably heard about — and they’re a far cry from your grandfather’s C-rations.

Oleksyk and the food team at the Natick Soldier Research, Development & Engineering Center in Massachusetts, must meet a wide battery of requirements for these modern MREs, including:

– Guaranteed shelf life acceptability for at least three years at 80°F or for six months at 100°F. (They’re indefinitely edible, but may not taste as good after the time lapse).

– Strict nutritional benchmarks (1,300 calories composed of 169 grams of carbohydrates, 41 grams of protein and 50 grams of fat, plus micronutrients such as vitamins, folic acid, calcium and zinc).

– Durable packaging that can survive temperature swings and a 100-foot drop from a plane and ideally generates a minimal amount of waste.

They’re the fuel that keeps America’s fighting force on their feet from the Arctic tundra to the hottest deserts. But that can’t work if the troops won’t eat them.

“There’s a human factor to this,” says David Accetta, a former lieutenant colonel who now works as a public affairs officer at Natick. “It’s not just food. Not every soldier fires a weapon, but they do eat every day.”

That’s why every food item Oleksyk’s team develops — from kosher Florentine lasagna to caffeinated apple pie in a tube (for U2 reconnaissance pilots) — must pass muster from a panel of 40 trained “sensory panelists” for assessment at every step.

Each member of the group issues the samples a rating number from 1 to 9 in the categories of flavor, odor, texture and appearance. Foods that receive a rating of six or higher will move on to the next phase: testing by personnel out in the field.

“We ask them, ‘Do you like it? Is it good?'” says Accetta. “If you’re cold, wet, tired, hungry and eating this meal, good hot food can make all the difference.”

That includes the mainly morale-based inclusion of 3.7 gram Tabasco packets along with the MREs. Oleksyk jokes, “There would be rioting if we got rid of those!”

They also include familiar sweets such as Oreos and M&Ms. And if the rest of the food in that meal is packed with edible performance optimizers such as caffeine, Omega-3 and curcumin (a turmeric derivative that acts as an anti-inflammatory), that’s even better.

“We’re out there to win, and we’ll take any advantage we can get,” says Accetta.

Currently, Oleksyk and her team are doing their part by developing a shelf-stable pizza, the single most asked-for dish of the past five years.

The department takes these requests seriously; the 24 MREs in rotation at any given time are based on requests, and they aim to combat “menu boredom,” she says. Pizza has been an uphill battle, mainly because there are so many components to consider — crust, sauce, cheese and toppings — and each has a different moisture and acidity level.

Oleksyk’s team uses hurdle technology to work through these issues. They employ different formulations, construction methods and packaging to inhibit bacteria, control water and pH levels, regulate temperatures and introduce “oxygen scavengers” to ensure a slice of pizza baked today tastes just as fresh to someone ripping open the packet in the theater three years from now.

Or, possibly, four-plus years from now.

The day CNN visited the test kitchen in Natick, Oleksyk and her team, now two years into testing, were trying out a variety of commercial-grade edible films that provided a physical barrier between the components of the pizza to prevent “moisture migration.” Some were taste-free, others were tomato-based and they all resulted in a dish that tasted pretty remarkably like pizza.

They’re almost to the finish line, and the team isn’t giving up any time soon. FPETT food scientist Michelle Richardson knows there is too much at stake. “Pizza is home. You look forward to pizza.” That means getting the little details right.

“What we had tasted like pizza, but it looked wrong. You eat with your eyes, and you have to be able to identify this as pizza,” Richardson said. She also rejected the notion of just encompassing the whole thing in a crust and eliminating the issue. “A pizza is not a calzone!”

Oleksyk is fighting the good fight alongside her team.

Even if though it won’t be an artisanally crafted slice from a favorite coal-oven pizzeria back home, she says, “If you’re a warfighter in theater, eating this meal in the dark with night vision goggles, it’s going to be the best pizza you’ve ever tasted.”

That’s a victory any way you slice it.