Virginia Beach, Va. - A man is now in custody after an incident on Lynnhaven Parkway on Friday morning.

Virginia Beach Police temporarily closed the 1000 block of Lynnhaven Parkway due to a standoff with someone barricaded inside ACE Cash Express.

At 8:33 a.m. police say the man, now identified as 25-year-old Clarence Cortez Brown, walked into the ACE Cash Express at 1064 Lynnhaven Pkwy. with a weapon. A female employee was able to lock Brown in the business and call 911.

Police arrived and used a bullhorn to convince Brown to come out. The female employee was the only other one in the store, police say.

Coke Laegler was at the restaurant across the parking lot when she saw dozens of officers outside. She immediately locked herself and her coworkers inside the building.

"Once I saw what was going on, I double-locked it, just in case this guy escaped," she said.

Police surrounded the store and eventually removed Brown once he surrendered. Witnesses say he was shaking.

"He was shaking, which I understand when you have 25 guns pointed at you. But his hands were in the air. He was just panting. I think he was just absolutely terrified," Laegler said.

Brown was charged with Attempted Robbery, Abduction, and two counts of Use of a Firearm. He was transported to the Virginia Beach Correctional Center where he is being held without bond.

Check back with WTKR.com and NewsChannel 3 for more on this developing story. 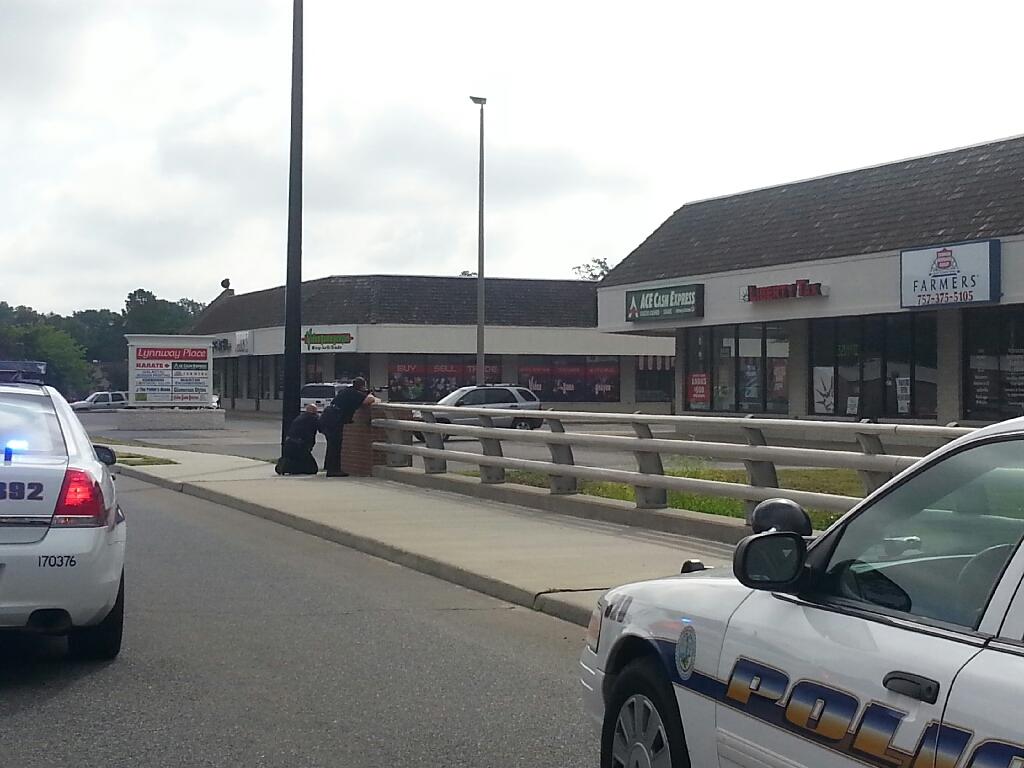