Update July 22: The Virginia Beach SPCA tells NewsChannel 3 that two more gulls shot with blow darts have been reported to them since June.

One bird was spotted in the Windsor Woods / Chimney Hill area with an orange dart several weeks ago.

Then on Monday, they received a report of a gull shot with a blow dart in the Sandbridge section of the city.

So far they have not been able to catch either bird to remove the darts.

Shooting the birds is a federal crime and the U.S. Fish and Wildlife Service is still investigating the case.

If you spot a bird shot with a dart, Take Action and call the Virginia Beach SPCA Wildlife Response Hotline at 757-263-4762

Update June 23: The Virginia Beach SPCA tells NewsChannel 3 that since our story aired, additional birds have been found or spotted shot with blow darts.

That gull was actually found in Chesapeake, where it was taken to a veterinarian who removed the blow dart before being transferring the gull to wildlife rehabilitation.

The gull brings the number of birds either treated or reported to the Virginia Beach SPCA to 16 for the year.

Gipson says a U.S. Fish and Wildlife Service agent has now been assigned to the case.

Since the beginning of the year, the SPCA says they've dealt with 12 birds with blow darts in their head, chest or backs.

"They end up flying around or walking around depending on where they were impaled for hours, for days, this last one was for weeks," Gipson said.

Right now, no one knows who is shooting the birds, which so far have mainly been Canadian geese and gulls, which Gipson theorizes may be due to the fact that they tend to flock together.

In all her years dealing with wildlife, Gipson says she's only seen one or two birds come in with darts in a year.

No one seems to know what's behind the recent explosion, but they do know it is very painful for the animals.

A recent gull found near the Lesner Bridge had a blow dart in the chest that pierced the lung.

"To have people out there actually going out of their way to be cruel to these birds is sickening," Gipson said.

PETA is now offering a $5,000 reward for information that leads to the arrest of the person or people responsible for the blow dart incidents through their phone number 757-622-7382.

If you see a bird with a dart, take action and call the Virginia Beach SPCA Wildlife Referral Line at 757-263-4762. 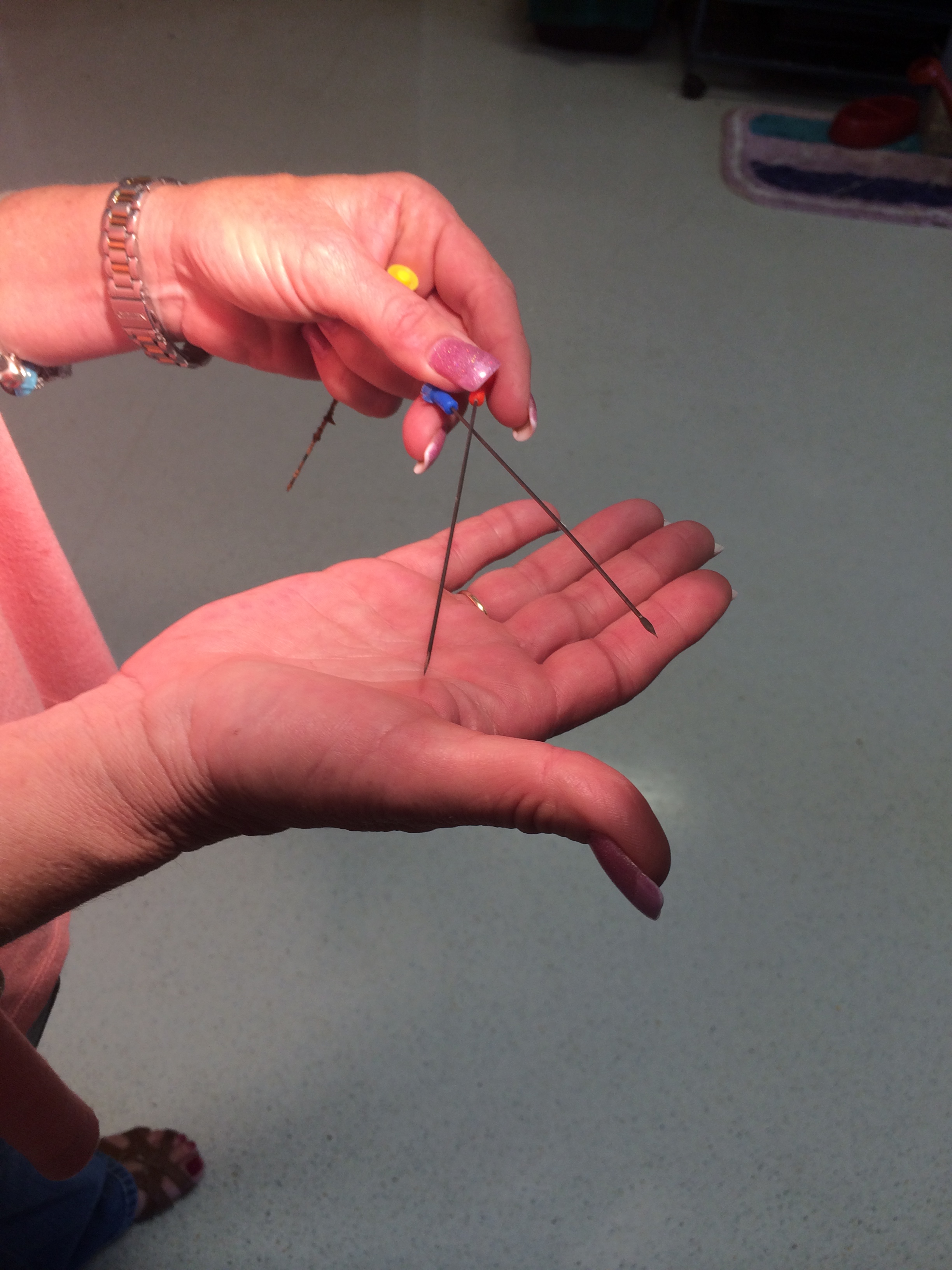