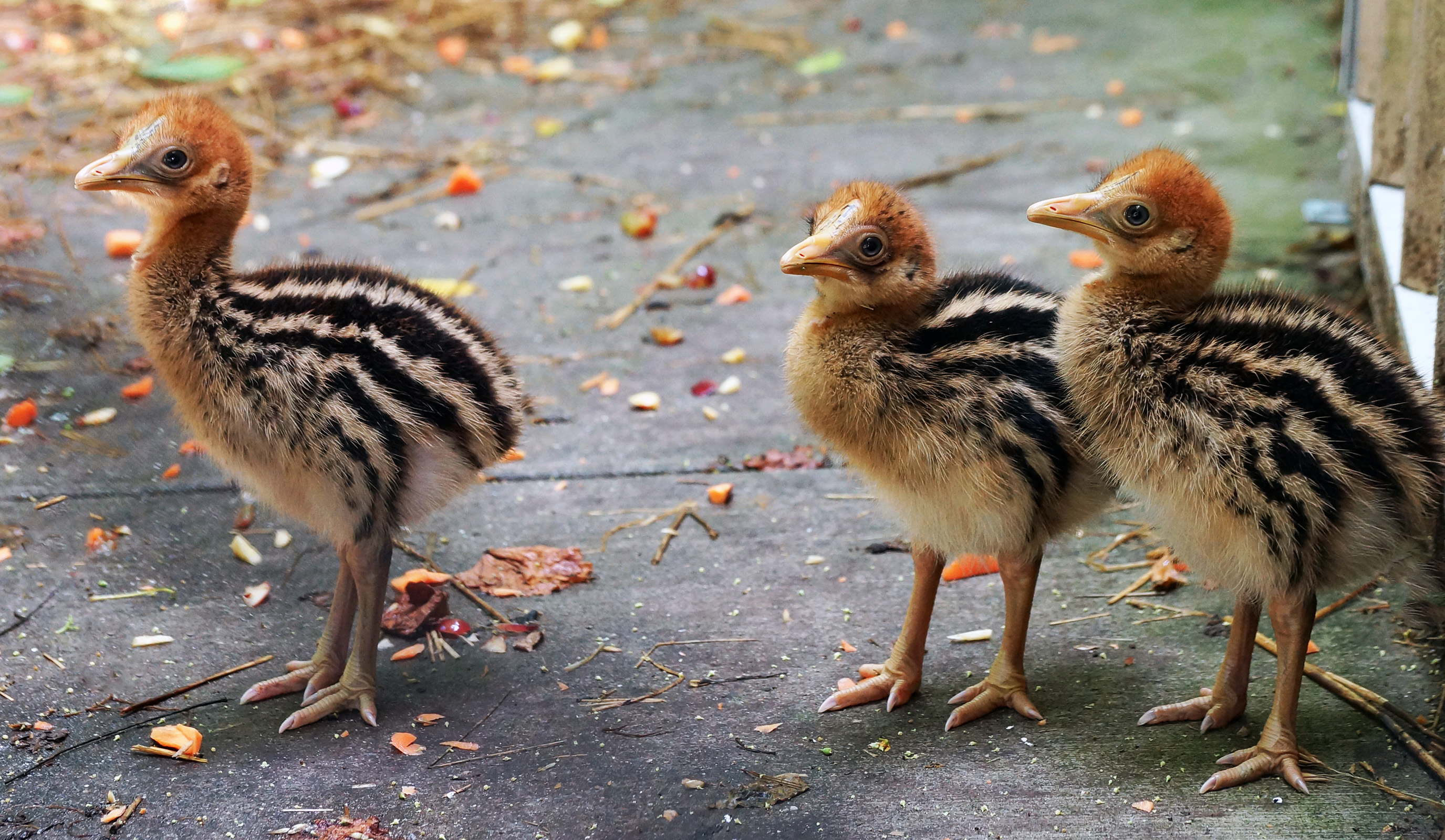 Norfolk, Va. – Three cassowary chicks that hatched at the Virginia Zoo on Friday are doing well.

Boris, the zoo’s male cassowary, incubated the eggs and is raising the chicks. This is the second clutch for him and Earline, a female cassowary. The pair produced a single male chick, Hallagar, in June 2013.

“He’s a great dad,” said Alexandra Zelazo-Kessler, the Virginia Zoo’s lead bird zookeeper, about Boris. “He seems a little calmer around keepers this time around, but still protective.”

Cassowaries are flightless birds native to the tropical forests of New Guinea, north-eastern Australia and area islands. They feed mainly on fruit, though they are omnivorous and also eat various plant shoots, seeds, insects, and small reptiles and mammals. They are among the largest birds, slightly smaller than the ostrich and emu. Cassowaries are actually very shy, but are capable of inflicting serious injuries with their claws. They have a reputation as world’s most dangerous bird, but in reality attacks are rare and usually involve people who feed the birds.

“We were very excited last year when Hallagar arrived, and three chicks is three times the excitement!” said Greg Bockheim, the Virginia Zoo’s executive director. “We’re learning a lot about raising cassowaries, and hope to combine that knowledge with other zoos and assist with their conservation in the wild.”

Sharp-eyed visitors can see the cassowaries on the far side of the Australia exhibit behind the barn, Bockheim added, but the chicks may be difficult to spot as they are brown and less than a foot tall. The chicks will be named after their sex is determined. A public cassowary habitat is planned for the Asia – Trail of the Tiger exhibit.