PHOTOS: “Shredder” is released at the Virginia Beach Oceanfront

"Shredder" was accidentally hooked by a recreational fisherman off the Little Island Fishing Pier in Sandbridge on May 23.

Virginia Beach, Va. - A turtle who had a close call with a shark has made his way back into the ocean.

A shark bit as close into the body as it could have without hurting him. No vital organs were damaged.

Shredder was hooked by a fisherman and taken to the Virginia Aquarium.

Shredder was released Thursday morning at 8:30 a.m. along the shore near Atlantic Avenue's 31st Street.

Shredder has received antibiotics and was cleared by veterinary staff to be released.

Shredder will continue “to serve” after he is released. He will have an acoustic tag that transmits a coded message underwater and is received by units maintained by the US Navy.

The purpose of this research is to track the fine scale movements of sea turtles in Chesapeake Bay and coastal ocean waters to allow Navy scientists to develop better measures for protecting sea turtles in the vicinity of naval assets and training exercises. 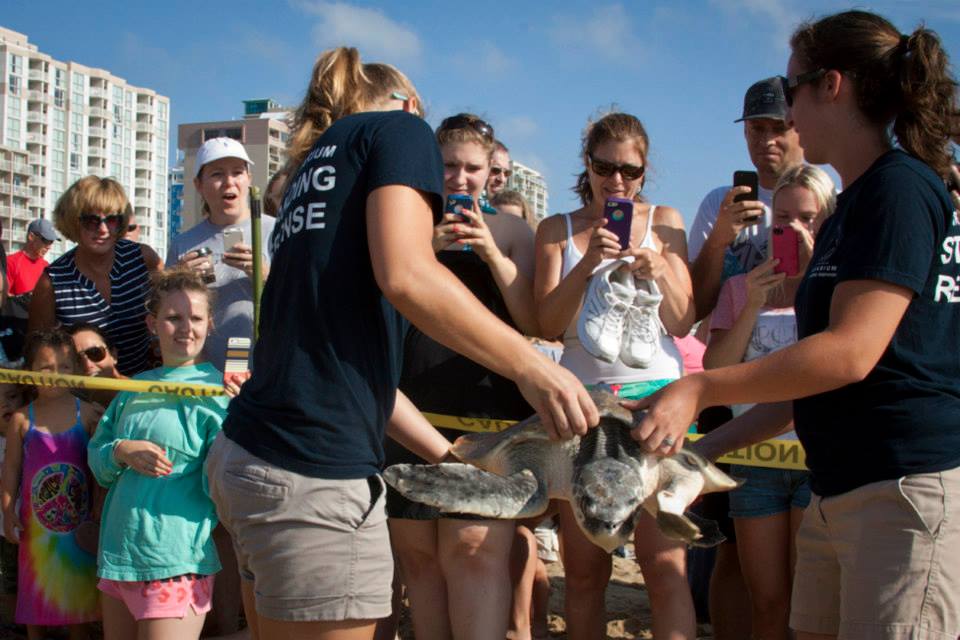