Officers from Kill Devil Hills, Kitty Hawk and Nags Head, as well as deputies from the Dare County Sheriff's Office, teamed up for the pedestrian safety enforcement campaign.

It's part of North Carolina Department of Transportation's "Watch for Me NC" campaign.

That campaign hopes to reduce the number of crashes between cars and people on the Outer Banks.

During the course of two hours Monday afternoon, 19 drivers were issued citations and another 22 were given warnings for failing to stop for a pedestrian in a crosswalk.

Several other traffic infractions, including seat belt violations and driving without a license were also noted during the event.

North Carolina law requires drivers to stop for a person in a crosswalk. 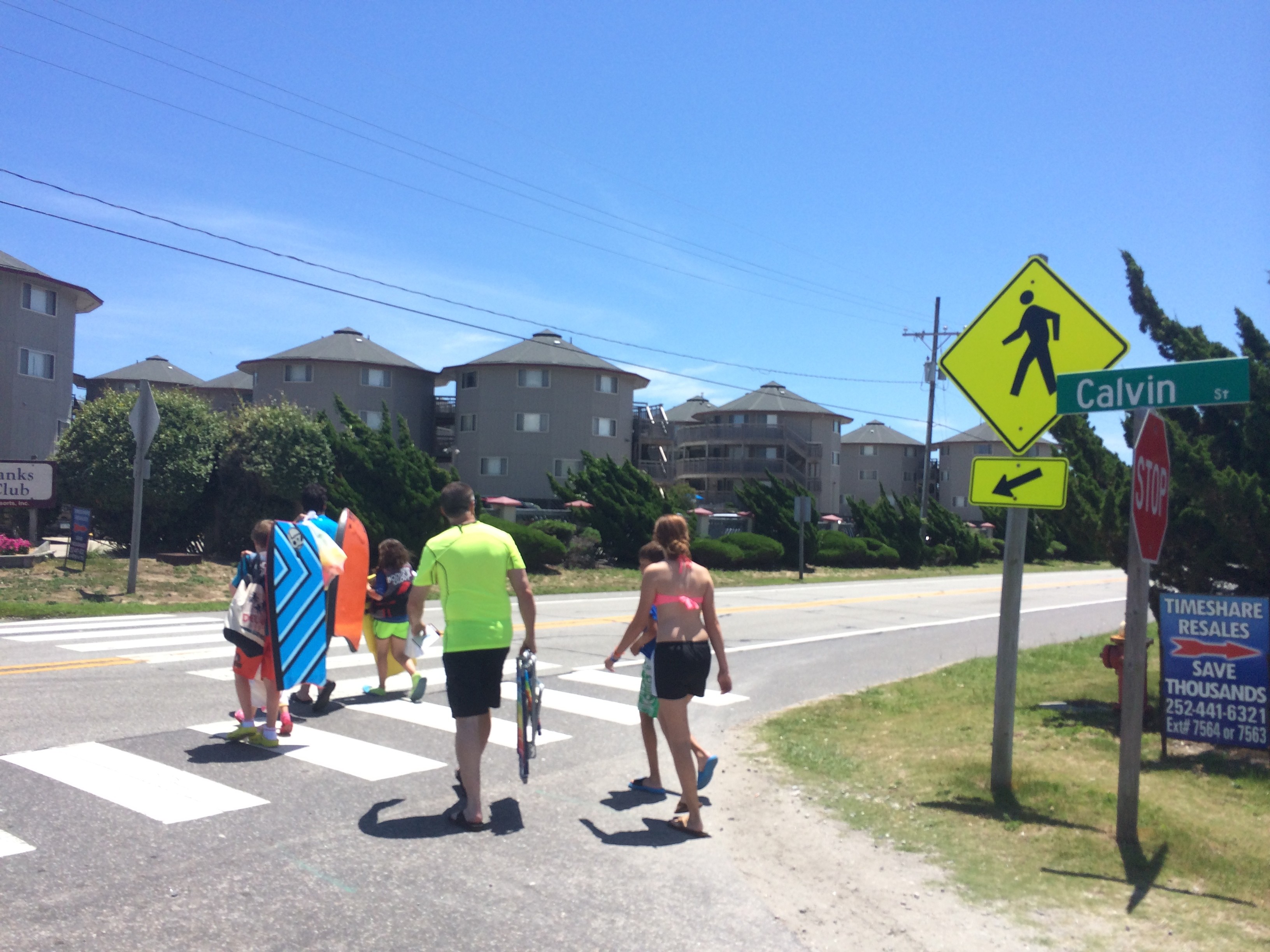 "We're not just specifically targeting one group. It's an education effort that encompasses the entire spectrum. People who are utilizing the roadway whether as a pedestrian, a cyclist or a motorist," Lt. Allen Holland with Kill Devil Hills Police commented.

The location at Clark Street and NC 12 was selected because of the high number of crashes that have been recorded there in the past, especially during the busy summer tourism months.

"You know a common thing, everyone is crossing to go to the beach for the day or coming back after a day at the beach and they have to get across," Lt. Holland told NewsChannel 3's Todd Corillo.

Two deputies from the Dare County Sheriff's Office were also on bike patrol during the operation Monday afternoon.

They made contact with 60 pedestrians of bicyclists, educating them about the laws regarding where to cross and where to walk.

Of note? Police have put out signs reminding folks to stop and they still aren't stopping! pic.twitter.com/98e5tIMrcD