One dead after early morning fire in Camden County

Camden, County, NC -Tommy Russell looks at the burned out Camden County house that used to be home to his friend, 46-year-old Keith Dowdy.

County officials will only say one person inside died after flames broke out around 4 am.

Friends say it was Dowdy who was killed.

“I was supposed to come back here today for some more training, but I just wanted to see for myself,” said Russell.

The two were training for the AAA National Arm Wrestling championships in Buffalo, New York.

Dowdy was well-known across the arm wrestling circuit in North Carolina, while working at Norfolk Naval Shipyard in Portsmouth, but his life came to an end in the middle of Hurricane Arthur.

“The wind fueled the fire. They were out here with three fire engines, two volunteer trucks showed up at some point,” said Ray Rollman, who lives down the street on NC Highway South 343.

Firefighters battled for two hours to stop the flames, and no one really knows how they started in the first place.

“I did not hear any lightning to believe it was anywhere close,” said Rollman.

Just down the road, Hurricane Arthur's winds took down power poles, but in front of the fire-ravaged home, there are no power poles around that would have caused any sparks.

Investigators hope to figure out the cause of the fire while friends mourn the loss of a man they say died too soon. 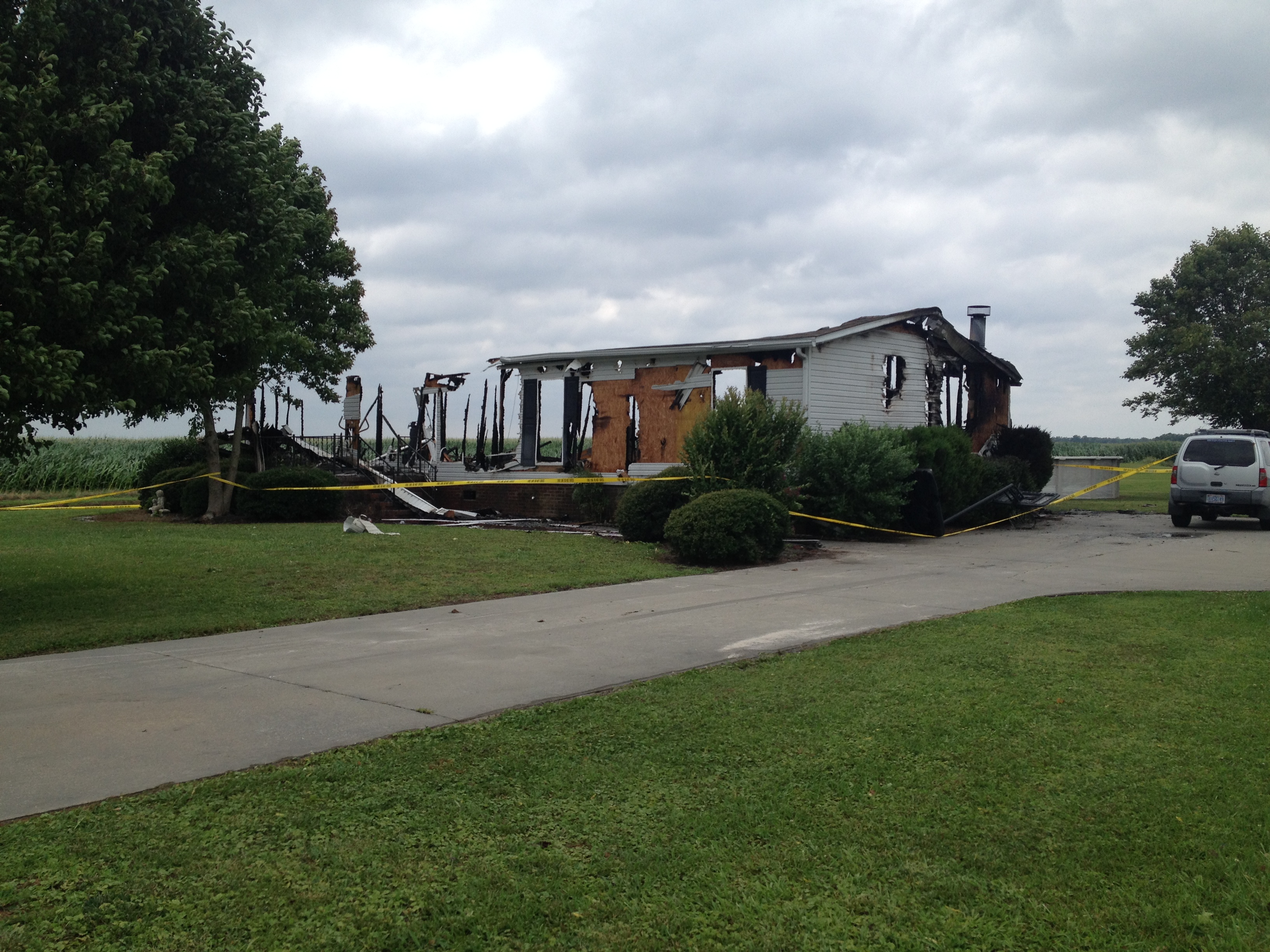