Cygnus is carrying about 3,300 pounds of supplies for the ISS including research investigations, crew provisions, hardware, and science experiments from across the country.

Astronauts aboard the space station will use the station’s robot arm to snag Cygnus on July 16th.  Cygnus will remain berthed to the station until August 15, when it will be launched with about 1,346 kilograms of trash from the station to burn up during re-entry into the Earth’s atmosphere.

The Orb-2 mission is the second of eight cargo resupply missions to the International Space Station under Orbital’s Commercial Resupply Services contract with NASA.

The next Antares launch, Orb-3, is Tentatively scheduled for October.

Sunday’s launch was pushed back several times after an engine failure occurred in an AJ26 engine at NASA’s Stennis Space Center during testing. The engine that failed was designated for use in a 2015 mission. Inspections were performed on the two AJ26 engines aboard the Orb-2 mission and program officials have cleared the rocket for flight. 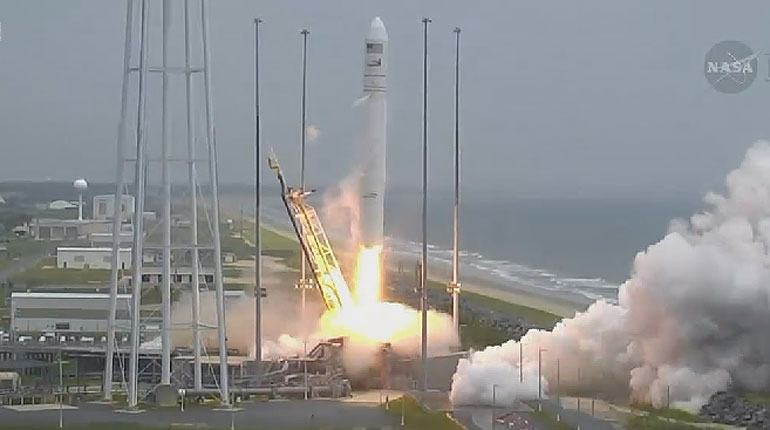