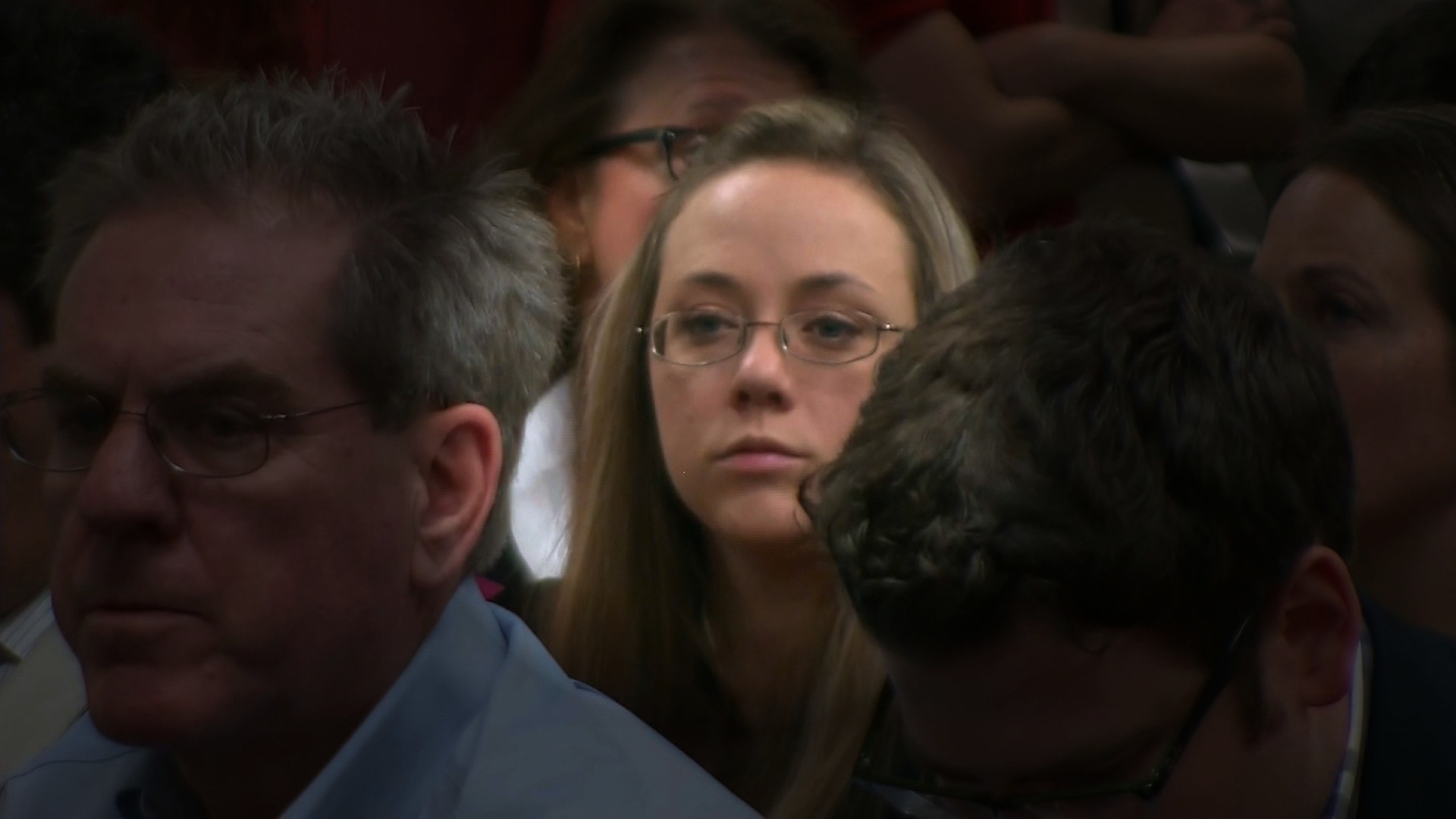 (CNN) – Much of the focus in Cooper Mills Harris’ death has been on Justin Ross Harris, the father who failed to drop the toddler off at day care.

The 33-year-old Georgia man faces charges of murder and child cruelty in the case, but authorities have repeatedly mentioned the actions of his wife, Leanna. She has not been charged with any crime.

Leanna Harris told CNN at the beginning of the investigation that her lawyer had advised her not to speak to the media, so not much is known about her. Still, questions persist.

Here’s what we know about the mother whose toddler died in a hot car in Cobb County on June 18.

Leanna Harris is a 30-year-old dietitian who works out of her Marietta home, records show. She’s lived in Georgia since 2012.

Before moving to Marietta, she lived in Moundville, Alabama, a town of about 2,400 people 17 miles south of Tuscaloosa, home to her husband’s alma mater, the University of Alabama.

She moved into her Moundville home in 2007 and apparently worked at some point as a dietitian for a Demopolis, Alabama-based health care firm.

2. Does she have a happy marriage?

We haven’t heard from Leanna Harris, but Ross Harris told police he was happily married, according to background in one of many search warrants issued in the case.

“Nonetheless, evidence of inappropriate sexual communications with other women has been obtained,” the warrants say.

In court last week, a detective alleged that while Cooper was dying in his father’s SUV, Ross Harris messaged six women, sending and receiving explicit texts — some including nude images — during work. One of the recipients of Harris’ messages was underage, said Cobb County police Detective Phil Stoddard.

Stoddard also claimed that messages between Leanna and Ross Harris indicated the two were having financial problems and that Leanna had made complaints about some purchases Ross had made.

He did not elaborate, but a search warrant says the two had “outstanding student and car loans,” and Ross Harris had recently incurred about $4,000 in credit card debt to acquire airline miles.

A friend of the couple, Winston Rowell Milling, however, told the court that things seemed normal. Milling and his wife had joined Ross and Leanna Harris for festivals, picnics, hiking on Kennesaw Mountain and other family events. Both parents seemed to have a loving relationship with Cooper, he said.

Leanna Harris has not been named a suspect, but police have alleged she behaved strangely in the days before and moments after the death of her 22-month-old boy.

• Ross and Leanna took turns dropping off and picking up their son at day care, and on the day Cooper died, Leanna arrived and was told that Cooper hadn’t been dropped off that morning.

“Ross must have left him in the car,” she allegedly told day care employees.

The day care workers told police they tried to tell her that there could be a multitude of reasons that Cooper wasn’t dropped off, but she insisted that Ross left him in the vehicle, Stoddard testified Thursday at a probable cause hearing for Ross Harris.

Defense attorney H. Maddox Kilgore told the court that Ross and Leanna had just learned of Gov. Nathan Deal’s Look Again program, which was launched in mid-May. The program aims to “remind parents, caregivers and the public about the dangers of leaving children unattended in vehicles.”

• The defense also cited the governor’s program to explain several Internet searches Ross and Leanna Harris conducted in the days before Cooper died.

Police have alleged that the couple told them they looked up how hot a car needed to be to kill a child and that Leanna specifically “made similar statements regarding researching in car deaths and how it occurs.”

The exact time frame for the alleged research remains unclear.

A search warrant states that Leanna Harris told police that losing her child because he was left in a hot vehicle was “her worst fear.”

“Investigators questioned her further about this. Leanna stated specifically that her fear was that her child would be left in a hot vehicle, not the fear of losing a child,” the warrant states.

Ross Harris’ attorney said his client forgot Cooper was in the car.

• Stoddard alleged that Leanna Harris made an odd remark to her husband while the two were in an interview room after Ross Harris’ arrest.

Ross told Leanna that Cooper looked peaceful and said, “I dreaded how he would look,” Stoddard said.

At another point, Stoddard said, Leanna Harris asked her husband what he had said to police.

“She asked him — she had him sit down, and he starts going through this. And she looks at him, and she’s like, ‘Well, did you say too much?’ ” the detective testified.

4. Was she called as a witness at Ross Harris’ probable cause hearing?

She did not testify, but she did attend. It’s not clear whether she’ll be called as a witness, but according to Georgia law, the state’s spousal privilege — which protects a wife from testifying against her husband or vice versa — does not apply here.

The Georgia code says spousal privilege “shall not apply in proceedings in which the husband or wife is charged with a crime against the person of a minor child, but such person shall be compellable to give evidence only on the specific act for which the defendant is charged.”

Leanna Harris arrived before the proceeding began and took a seat with family members, holding hands with the woman sitting next to her.

When Ross Harris was brought into the courtroom in his orange prison jumpsuit, she appeared to get emotional.

When Stoddard began his testimony, she held the hand of another woman sitting next to her and at one point appeared to wipe away tears.

She put her head down when Stoddard was questioned about Ross Harris sexting other women. Later, she looked straight ahead without expression. She hung her head again when Stoddard discussed her alleged conversation with day-care workers.

Leanna Harris seemed most attentive when the hearing turned to the matter of her husband’s bail.

5. Did she speak at Cooper’s funeral?

Leanna Harris told mourners in Tuscaloosa that before Cooper’s birth, she was concerned “about never being able to have a child.”

She described the toddler as perfect and told how he changed her and Ross Harris’ lives.

“As children do, he turned our lives upside-down,” she said. “Cleaning, changing diapers, dinner, bath time. Finally, what I would call mommy time. I wouldn’t trade it for the world.”

She said Cooper had had trouble sleeping of late, and he had slept with her and her husband the two nights before he died, “snuggling in between both of us.”

“I remember turning over in the middle of the night. His mouth was open and his full toddler lips just breathing right into my face. I will cherish that moment forever.”

She further said she was “happy” that Cooper would miss some of life’s letdowns, including his first heartbreak, his parents’ and grandparents’ deaths and who to sit with at lunch at middle school.

“I miss him with all of my heart. Would I bring him back? No. To bring him back into this broken world would be selfish,” she said.

She closed by saying she wasn’t angry with her husband and that Cooper “meant the world” to Ross, whom she described as a “wonderful daddy.”