The turtle had a short term stay at the center after being hooked the weekend before at Buckroe Fishing Pier in Hampton.

On Saturday, the turtle wasn’t as lucky. Voldemort was hooked at the Naval Station Norfolk recreational fishing pier and this hook was much deeper than the superficial one it had before.

“Those folks gave us a call and we went out there and realized who it was and he’s back,” explained Virginia Aquarium Senior Scientist Susan Barco. 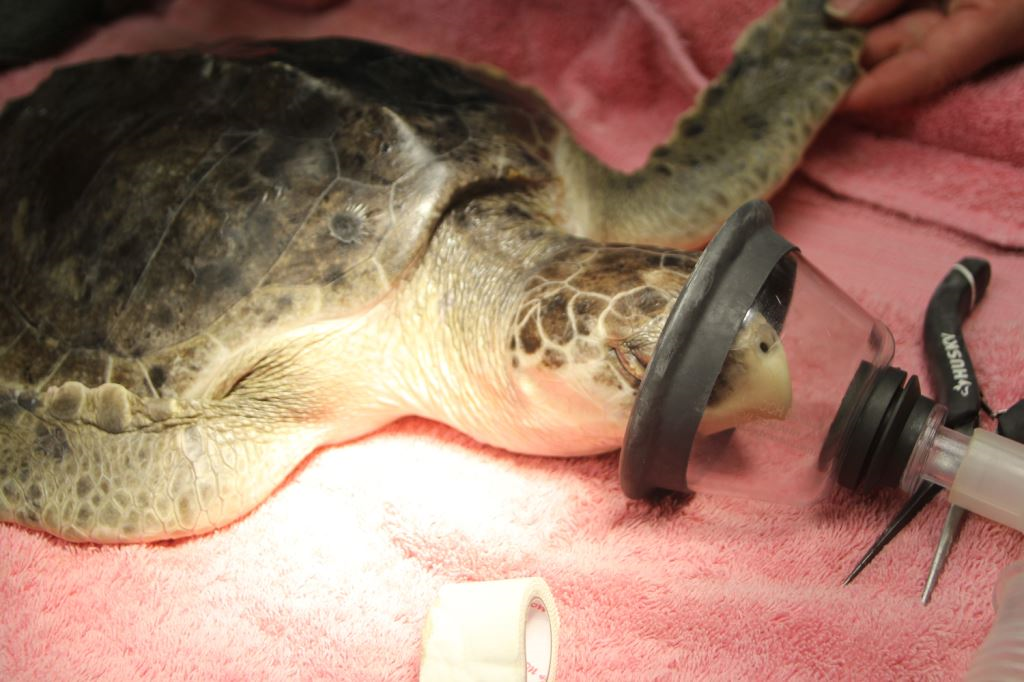 The Virginia Aquarium Stranding Response team named Voldemort as part of this year’s naming theme of heroes and villains.

They say that even though Voldemort is the archenemy of Harry Pottery, the name in French also means “flight from death.”

From his x-ray, the fishing hook was lodged deep in Voldemort’s throat .

Dr. Sean Back, a veterinarian with Beach Pet Hospital, performed surgery to safely remove the hook.

Voldemort was one of five turtles rescued by the Stranding Response Team over the weekend.

The staff at the Virginia Aquarium and Marine Science Center offered these recommendations to help protect the sea turtles: