Folks lined up to see the eagle. @WTKR3 @WCVtweets pic.twitter.com/YMnYO3I9il

The eagle has been a patient at the center since May 12 after it was found on the ground, unable to fly, in Sandbridge.

The bird was thin and dehydrated and was found with an old, healing retinal scar in its left eye.

The eagle was given fluids, anti-inflammatory medications and several days of care and cage rest before it was moved to an outdoor enclosure for further rehabilitation.

After several weeks of exercise and care, the Center's staff determined that the eagle was fit and ready to be returned to the wild.

"Even though she’s a great big bird – lots and lots of attitude and strength – she is young chick of the year," Wildlife Center of Virginia President Ed Clark told NewsChannel 3's Todd Corillo.

There are now more than 1,000 Bald Eagle nests in Virginia.

In addition to the bird released Tuesday, the Wildlife Center of Virginia is currently treating 7 other Bald Eagles.

Here she is! The bald eagle ready for release! @WTKR3 @WCVtweets pic.twitter.com/UR80lHHzxS 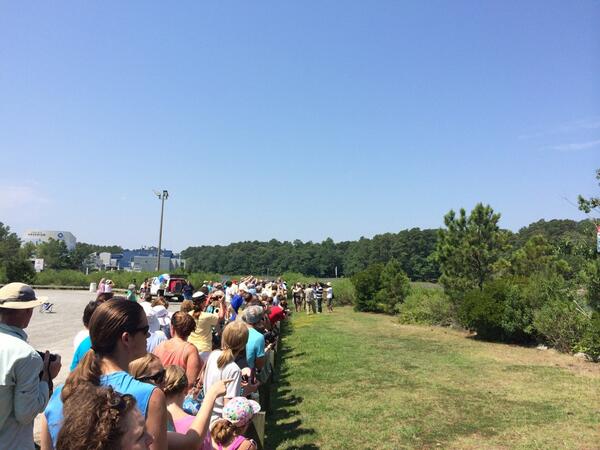