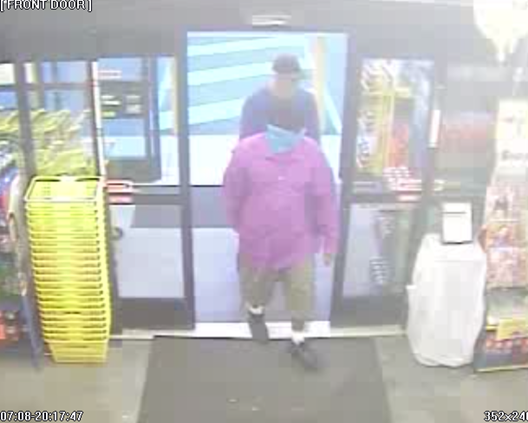 Norfolk Police are asking the public’s help identifying and locating two people wanted in connection to a robbery that occurred July 8th at the Dollar General store at 4008 E. Little Creek Road.

Police say the suspects entered the store, both displayed handguns, and demanded money.

They fled in a dark green or black minivan. No one was injured.

Anyone who has information on the robbery, or the suspects’ identities and whereabouts should call the Crime Line at 1-888-LOCK-U-UP.