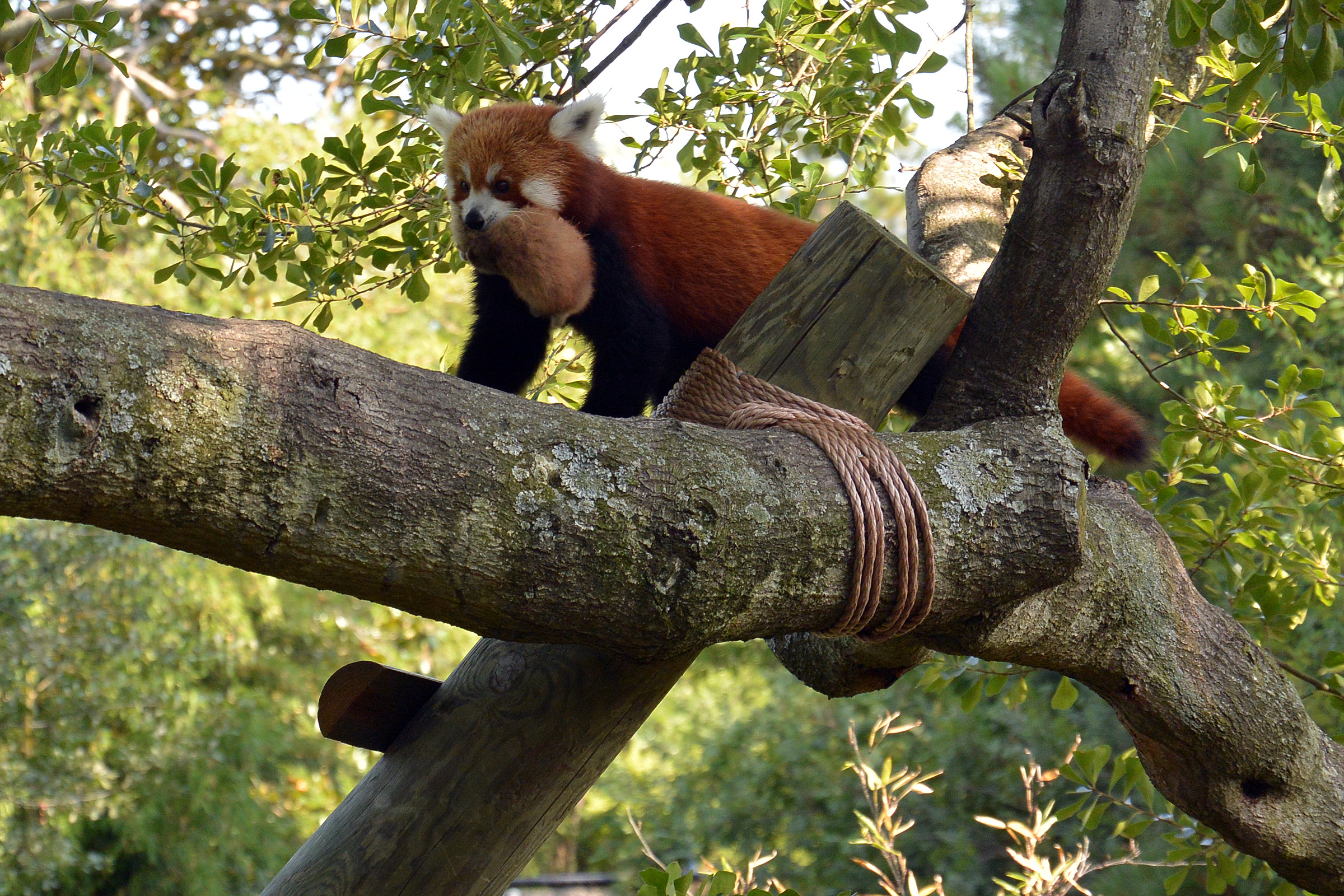 Although these two are not old enough to explore on their own, officials say the mother, Bernadette, occasionally carries the female cubs around the habitat by the scruff of the neck.

“Everybody loves red pandas, and though it doesn’t seem possible, the babies are even cuter than the adults,” said Greg Bockheim, the Zoo’s executive director. “They’re a timely addition since Charlie and Thomas will be heading to new zoos soon, and we hope they will inspire visitors to learn more about the challenges these amazing creatures face in the wild.”

The cubs were born June 19 to Bernadette and father, Oscar. The pair produced two male cubs last year on June 20, and this year’s cubs are the second set born at the Virginia Zoo, officials say.

The cubs have been examined twice by Zoo veterinarian, Dr. Amanda Guthrie, and she said that they are looking healthy.

Red pandas are small tree-dwelling animals native to the eastern Himalayas and southwestern China. Slightly larger than a domestic cat and with markings similar to a raccoon, red pandas have soft, dense reddish-brown and white fur that covers their entire body.