Photos: The USS Harry S. Truman at the end of the rainbow

It’s not a pot of gold, but the USS Harry S. Truman does look pretty cool at the end of the rainbow as the carrier comes alongside the aircraft carrier USS Theodore Roosevelt for an ammo on-load. The Roosevelt is underway conducting training preparing for future deployments. 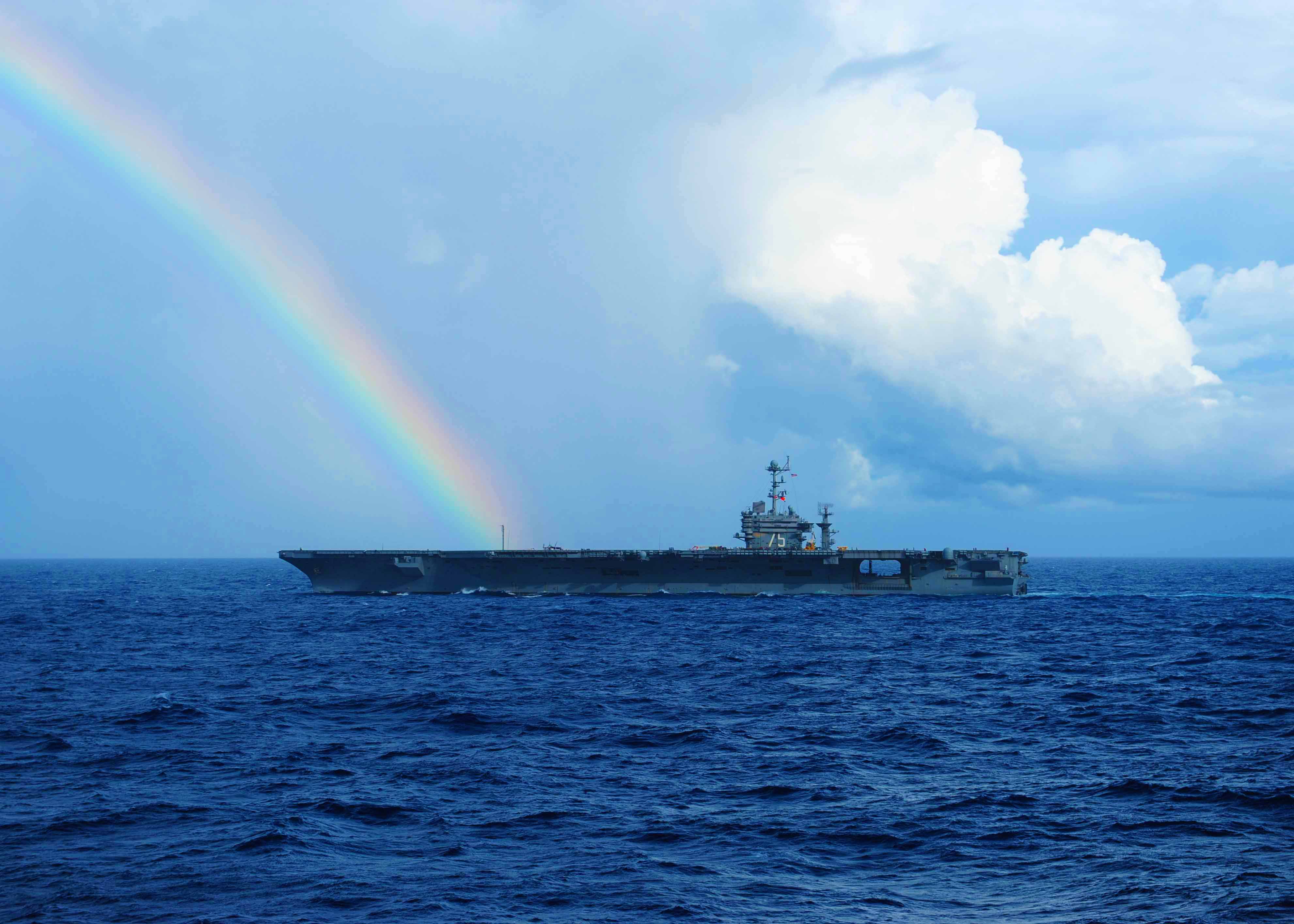