(CNN) – Eleven years ago, Danae Mines ignored her family’s objections and became one of the few female firefighters with the New York City Fire Department, better known as the FDNY.

And this week, with her trademark determination, she broke through a different traditionally all-male barrier: the FDNY Calendar of Heroes.

Mines is the first woman to be featured as eye candy in the calendar’s 11-year history, something that typifies her grit and will.

“I wasn’t going to let anyone tell me I couldn’t do what I wanted to do,” she said told the New York Daily News.

“I wanted my picture in the calendar so that young girls and young women can see me and know that they can do this job.”

Mines is a 14-year veteran of the FDNY and a member of Engine Co. 60 in the South Bronx, the department told CNN.

She joins 12 male colleagues on the calendar’s steamy pages and will be featured in March.

There are about 10,300 firefighters in all ranks of the FDNY and 46 of those are women, according to the department. That equals less than half of one percent. 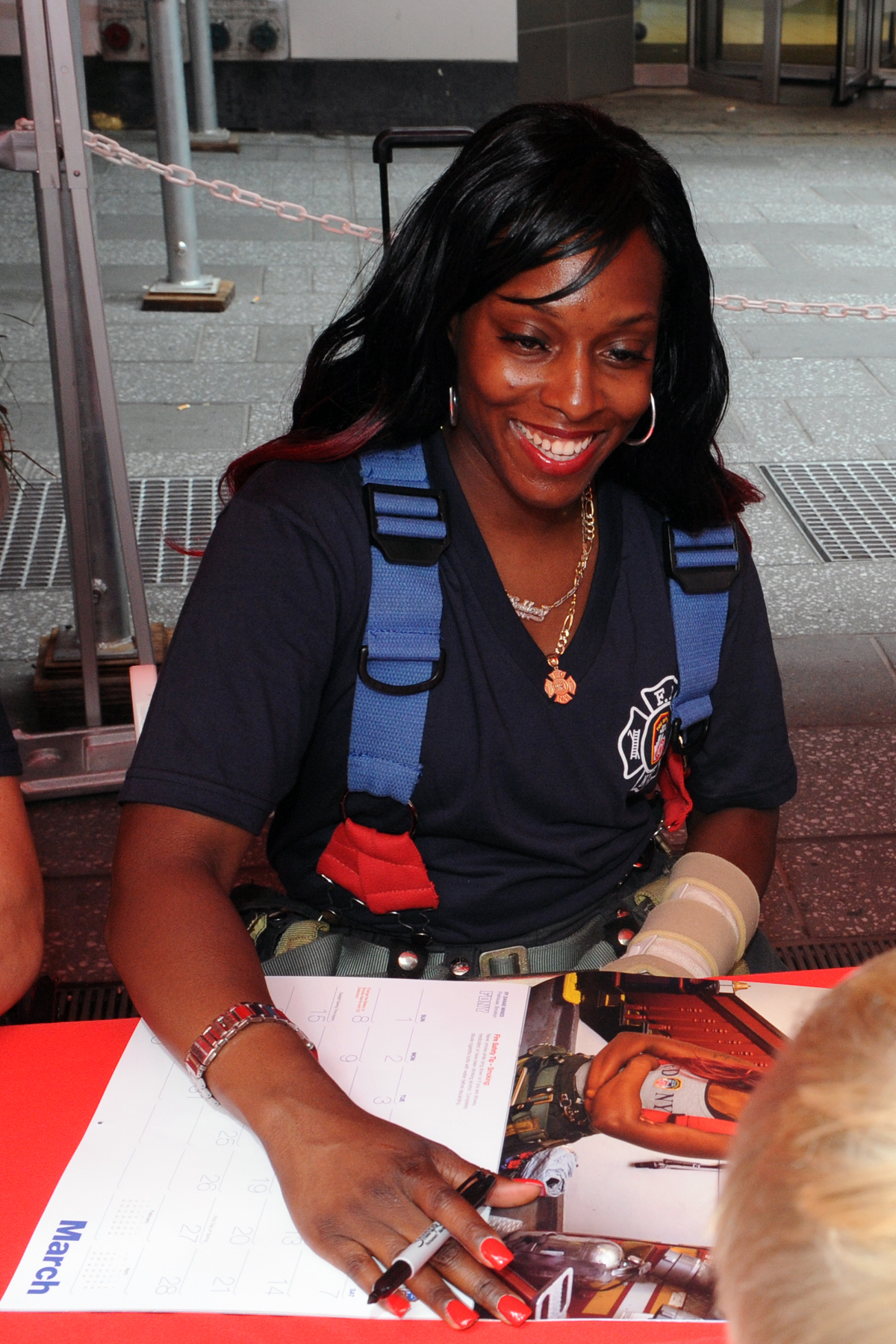 “When I step foot into the firehouse, I have to be able to tell myself that I’m willing to risk my life to save someone else,” Mines told the Daily News.

“I always go above and beyond, because that’s my job.”

From the FDNY Facebook page to the International Association of Women in Fire and Emergency Services, the reaction to Mines’ calendar inclusion has been overwhelmingly positive.

The consensus: Even a calendar with a reputation for showcasing traditional masculinity must catch up with the times.

“I think it is SO SO cool that you have a lady in the calendar this year,” one Facebook user said. “I am glad that a sexy woman of color is representing not just the FDNY but FD Ladies all over the country.”

Another commenter was equally inspired.

“Can I just say how freakin’ awesome it is to see a woman in the FDNY? I know there are female fire fighters but they are so far & few between & even better that she made the calendar!!! Keep saving lives girl!!! You are an inspiration to women everywhere!”

This type of reaction is exactly what Angela Hughes wants to hear.

As a fire lieutenant in Baltimore County, Maryland, and a trustee at the IAWFES, she knows how difficult it can be for women to assimilate in a fire department.

“It’s not easy to fit in,” she told CNN. “The stereotype is that you’re a fireman. But we’re firefighters and we’re trained to do the job. Not everyone needs to be a muscle-bound giant to do the job. It is about technique.”

Hughes has been in the fire service for 21 years.

Like Mines, she joined after being an emergency medical technician.

“I was very fortunate that I worked for a metro department with 18% female firefighters, when nationwide it’s about 4%,” she said. “I was well accepted. … In other departments it can be very difficult.”

She listed several issues the IAWFES seeks to address for female firefighters, including the need for personal bathrooms, sleeping quarters and freedom from workplace harassment.

Still, Hughes felt that Mines’ inclusion in the FDNY calendar was a sign of slight progress.

“I really appreciate that (Mines’) goal was to let other women know they can do it,” Hughes said. “For me, when little girls come up to me and say ‘Oh, now I know I can do this,’ it’s the best feeling.”

All proceeds from the 2015 Calendar of Heroes benefit the nonprofit FDNY Foundation.