These Midwest mayfly swarm pics will make your skin crawl 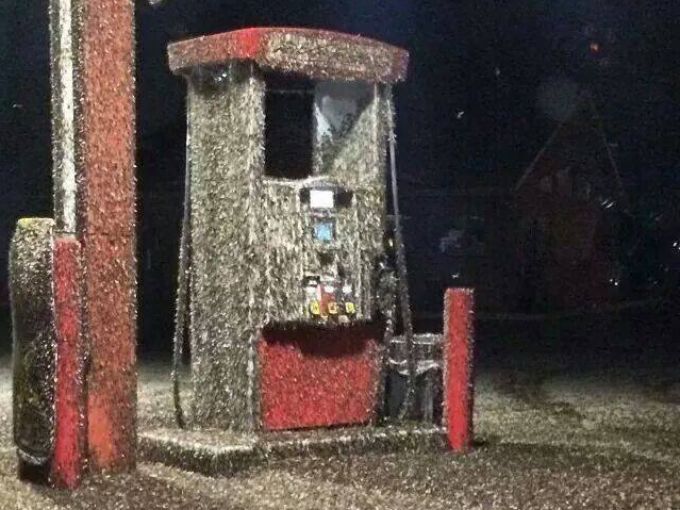 Grey clouds of millions of mayflies swarmed the skies of Wisconsin, Minnesota and several other areas along the Mississippi River this week after the insects’ annual hatch started Sunday.

The hatch was so massive it was picked up by radar.

The insects covered everything in their path, leaving a slimy mess behind that may have contributed to at least one car crash.

“They provide food for fish and birds and bats. And the other nice thing is they transfer nutrients, like phosphorus and nitrogen, from the river to the land,” Kranzfelder said.

The life of an adult mayfly lasts anywhere from a few hours to a few days, leaving just enough time to mate and start the process again.

The larvae burrow into lake and river bottoms until they mature. Afterwards, they swim to the water’s surface and emerge. This usually happens in several smaller hatches from June to August, or in this case, one large hatch.