(CNN) — A Georgia man was killed and his daughter critically injured Sunday when an airplane struck them as they walked along a Florida beach.

The pilot of a 1972 Piper Cherokee radioed that he would be unable to make it back to the airport and that he was instead going to attempt a landing on Caspersen Beach, just to the south.

The plane landed and hit Ommy Irizarry, 36, and his daughter, Oceana, 9, about 2:45 p.m., according to a statement from the Federal Aviation Administration.

Irizarry died on the scene. His daughter was airlifted to All Children’s Hospital and is believed to be in critical condition, according to the sheriff’s office. 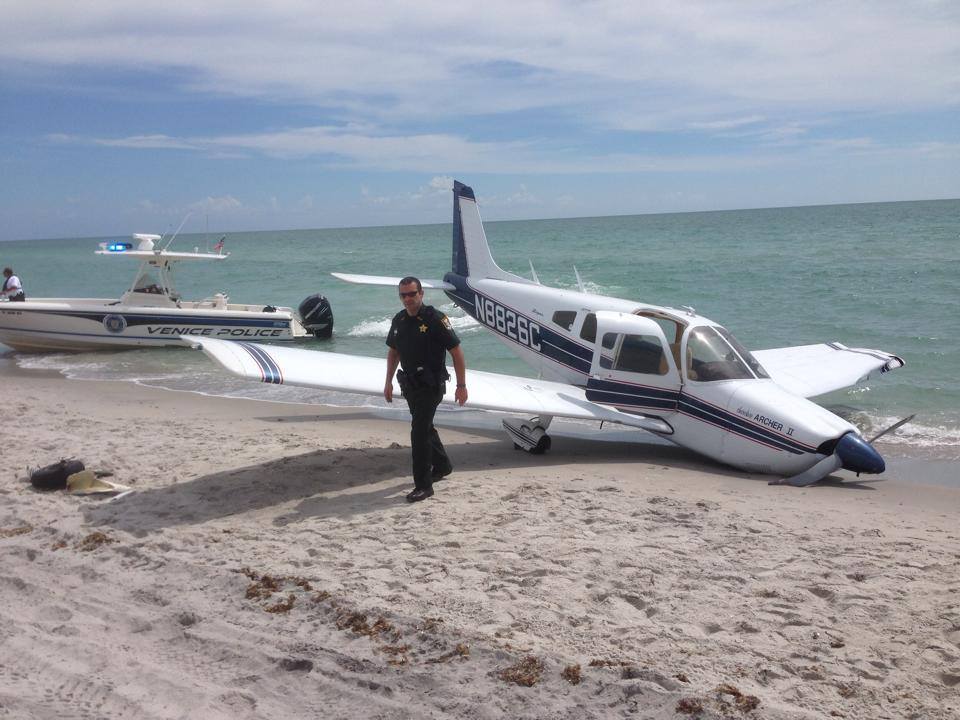 “The dad looked very bad,” witness Zack Arceneaux told CNN affiliate Bay News 9. “They were performing CPR on him. He had blood on his face. It looked like he wasn’t breathing at all.”

The pilot, Karl Kokomoor and his passenger, David Theen, were uninjured. Both are from Englewood, Florida.

The National Transportation Safety Board and the FAA are investigating.