Hitchhiking robot has made it halfway across Canada

(CNN) – As far as hitchhikers go, this one looks harmless enough. He or she – it’s hard to tell – is short and friendly, if a little fashion-challenged.

Get him talking, however, and he won’t shut up.

Deposited last Monday on Highway 102 outside Halifax, hitchBot by Friday had journeyed to just west of Toronto. Its travels are being documented on Twitter, on Instagram and on the robot’s website, which charts its progress on a map.

As they see it, humans in popular science fiction are always wondering whether they can trust robots. Instead, they’d like to turn the question around: 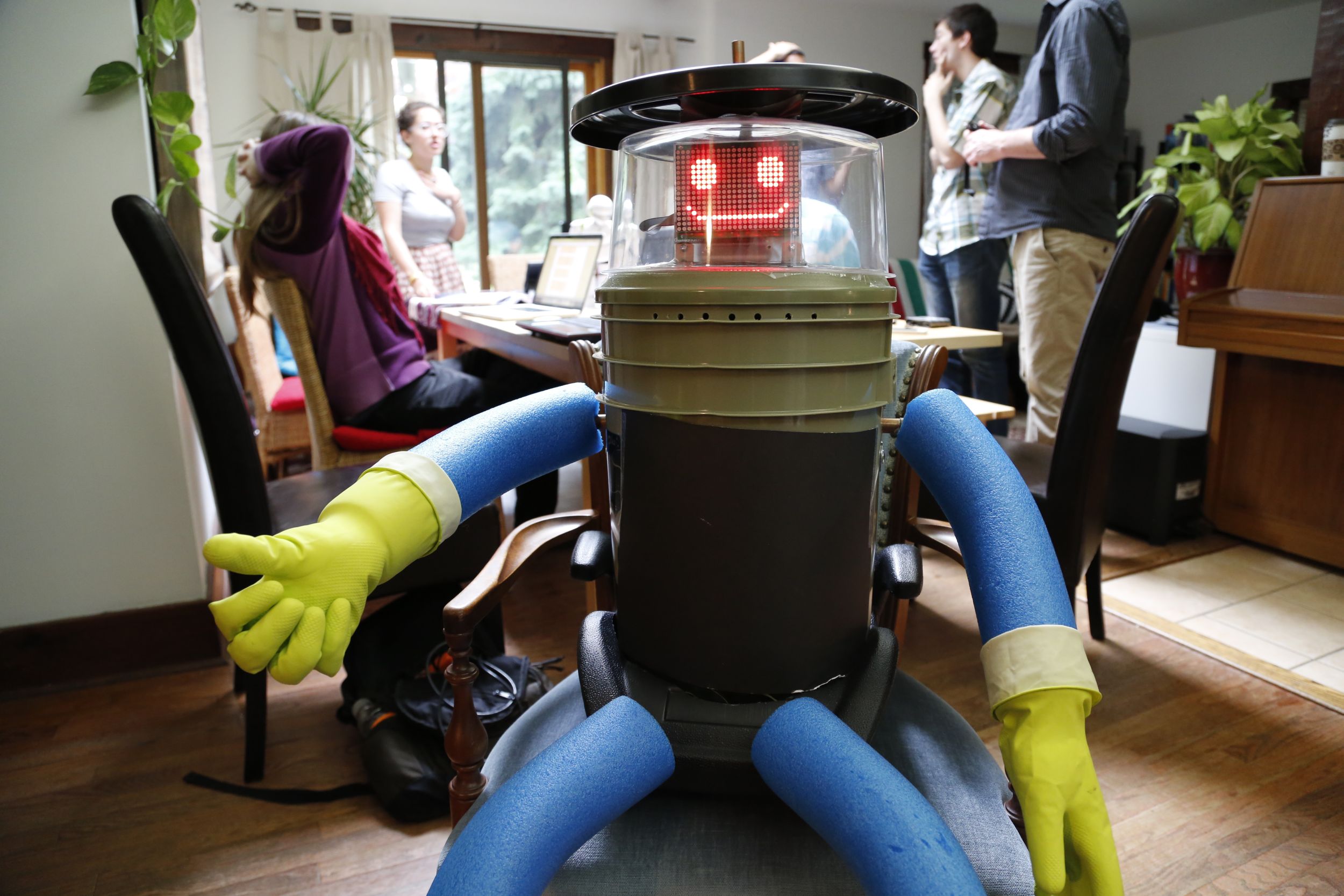 So far, the answer appears to be yes. Three young men gave hitchBOT a ride, bought it a stuffed animal and fed it a “meal” of metal screws and motor oil. A couple covered hitchBOT with a plastic cape to keep it safe from the rain. And people have been recharging hitchBOT along the way by plugging it into their cars’ cigarette lighters.

“We have even seen hitchBOT lying in a camping bed under a blanket, and sitting on a toilet,” they said, “so people certainly have fun with it.”

hitchBOT has a bucket for a torso, blue swimming-pool noodles for arms and legs and a smiling LED panel for a face, protected by a cake saver. It wears yellow gloves on its hands, and wellies — rubber boots — on its feet. Inside is a simple tablet PC and some components from Arduino, the open-source electronics platform. Together, all the parts cost about $1,000.

“We wanted to see what we can build on a shoestring budget … and with tools/components that one can get in any hardware store,” Smith and Zeller said.

Thanks to its computerized innards and speech software, hitchBOT can answer basic questions, make small talk and recite info from Wikipedia. It can also get pretty chatty, not always something you want in a road-trip companion.

“We knew that sometimes … hitchBOT won’t be able to properly understand what people are saying. For these cases, we came up with the solution to let hitchBOT simply chatter away,” its creators said. “We taught hitchBOT to say that sometimes it gets a bit carried away, and that its programmers could only write that many scripts, hoping for people to be patient.”

hitchBOT records its journey via GPS. It contains a camera and snaps random photos every half hour or so, which are moderated before being posted online to protect people’s privacy. It also can record conversations with people it meets — with their permission — as a sort of audio diary.

Humans who encounter hitchBOT are directed to its website, where instructions tell them how to handle the robot (tip: drop it off at rest stops or gas stations instead of alone on busy highways).

Smith and Zeller say the goal of their project is to examine the relationship between humans and “smart” technologies while seeing whether an anthropomorphic robot can engender good will, cooperation and even affection.

The two researchers are worried that someone might mistreat hitchBOT. But the journey’s success so far has allayed their fears a little.

“We have seen so much support on social media and through other channels that we are now more optimistic,” they said. “They (the robot’s drivers) all say that wherever they go with hitchBOT, they meet lots of people through it.

“Everybody stops, takes pictures, and wants to talk … so this is an interesting case of technology bringing humans closer to each other.”