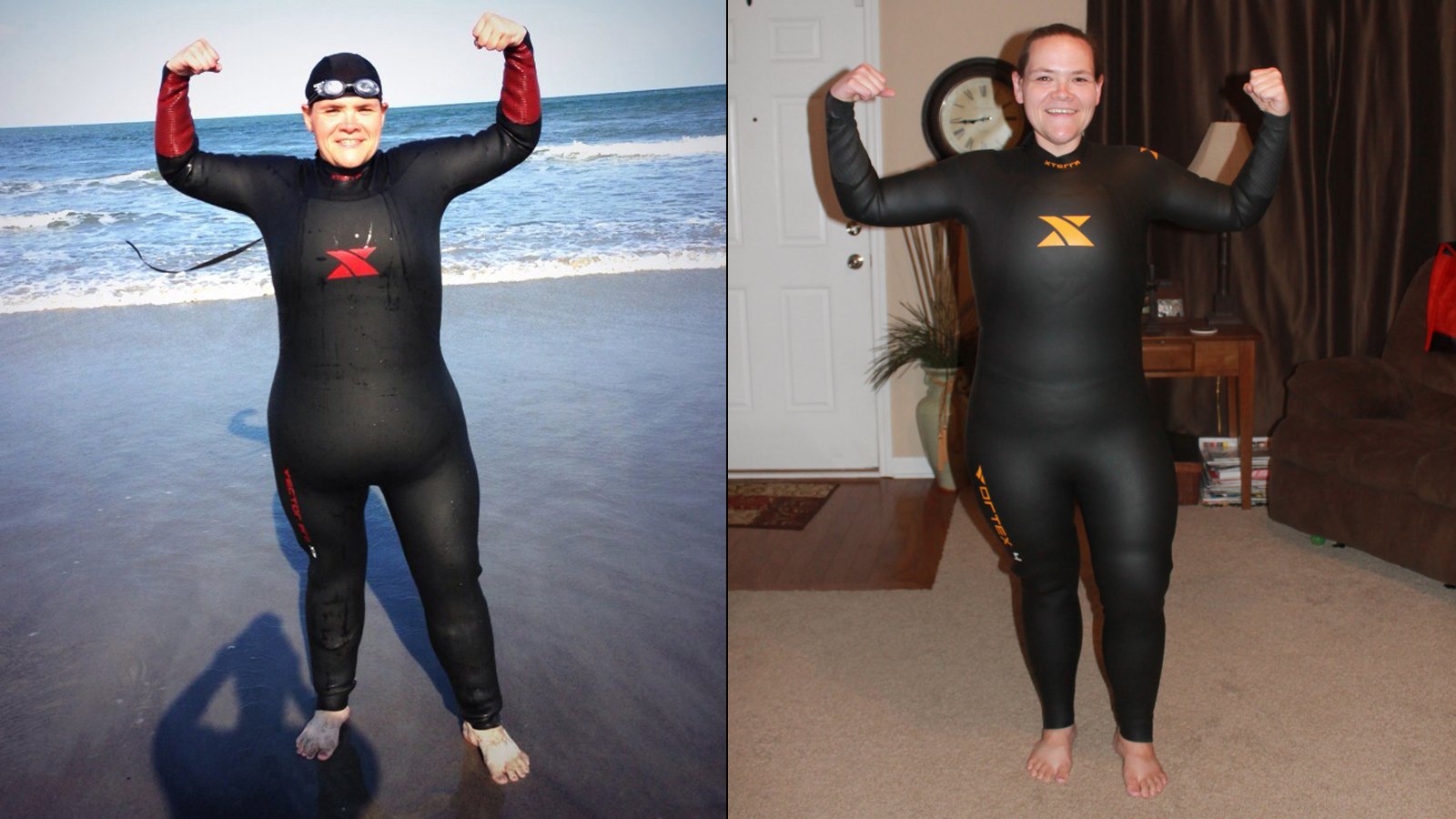 Editor’s note: Each year CNN picks six viewers to be a part of the Fit Nation Triathlon Challenge program. Follow the “Sassy Six” on Twitter and Facebook as they train to race the Nautica Malibu Triathlon with Dr. Sanjay Gupta on September 14.

(CNN) – I am a CNN Fit Nation alumna. I completed the Nautica Malibu Triathlon in 2013 with my Fit Nation teammates. But my journey to health really started more than two years ago.

My wake-up call came when I was unable to donate a kidney to my twin sister. Weighing 385 pounds, I wasn’t fit even to be tested.

I promised myself once she was healthy it would be my turn.

I didn’t just want to lose weight; I needed a lifestyle change. I had read about several kinds of diets, and people suggested various forms of weight-loss surgery. But I’m a realist, and knew my chances of keeping the weight off were slim if I took one of those routes.

So I started exercising and worked on my nutrition. And I will let you all in on a secret: Diet and exercise really do work.

By the time I made it to the Fit Nation midway trip in May 2013, my clothes weren’t the only thing hanging off me. My stomach hung like an apron between my legs. The more weight I lost, the lower and saggier the apron became. I could actually hold it in my arms like an infant.

I had spent my entire life hiding in big clothes. My body was getting healthier and smaller, but in my mind I still had to hide because of the apron. There is no hiding in spandex and wet suits, and that’s what a triathlete lives in.

It wasn’t about the looks. I had to take extra care of it, because of numerous infections I could get. When it was hot, I would sweat there before anywhere else. It was restrictive. I had to keep it tucked in compression shorts so it wouldn’t move when I ran and throw me off balance.

Getting on and off my bicycle was hard. It hung over the seat and would hit the frame when I dismounted. I hated it! It was the one reminder I had of my former self. I wanted to wear the cute fitted clothes, but I wouldn’t allow myself to do that.

Last summer I started meeting with plastic surgeons about having the skin removed from my lower body, arms, chest and thighs. I expected the surgeons to tell me a magic number I should be before I could have surgery. I was wrong. My surgeon actually said, “There’s a lot of muscle under there, and my guess is you want to continuing racing. After surgery the best weight for you would be 165 to 175.”

On January 10, my surgeon removed 21 pounds of skin and tissue. I had friends tell me that I should wait for surgery until I had kept the weight off for at least two years. Others asked if I were sure I wanted to do it at all. But there was never any doubt in my heart that I needed it, wanted it and deserved for it to be gone.

I had a lower body lift and an arm lift. It’s expensive and insurance considers it elective unless there are infections, so my thighs and chest will have to wait a bit longer.

I had an open wound after surgery so recovery took a bit longer than expected. I had to depend on my two dearest friends to take care of me until I healed. For two months the only exercise I could do was walk, and I saw no one. Being forced to slow down made me fear gaining the weight back.

As much as I had wanted the surgery, I was worried I had done the wrong thing. Yet once I was able to get back to the gym, all those fears disappeared. I started getting back to the new person I had become.

At 170 pounds I’m happier than ever now. It’s not the number that makes me happy; it’s what I can do with that number.

My swimming is better — I glide on the water. Cycling has become a love. I used to loathe it, but I feel invincible on my bike even when I crash. I’m still working on running. It is my favorite of the three sports, but my gait and stride completely changed after the apron was removed. I’m learning to run all over again, like a baby taking her first steps.

I’ve gotten some new clothes too, including spandex and a much smaller wet suit.

Removing the skin was a physical shedding of the emotional weight that used to own me.