Floating snowflake could be the world’s coolest hotel 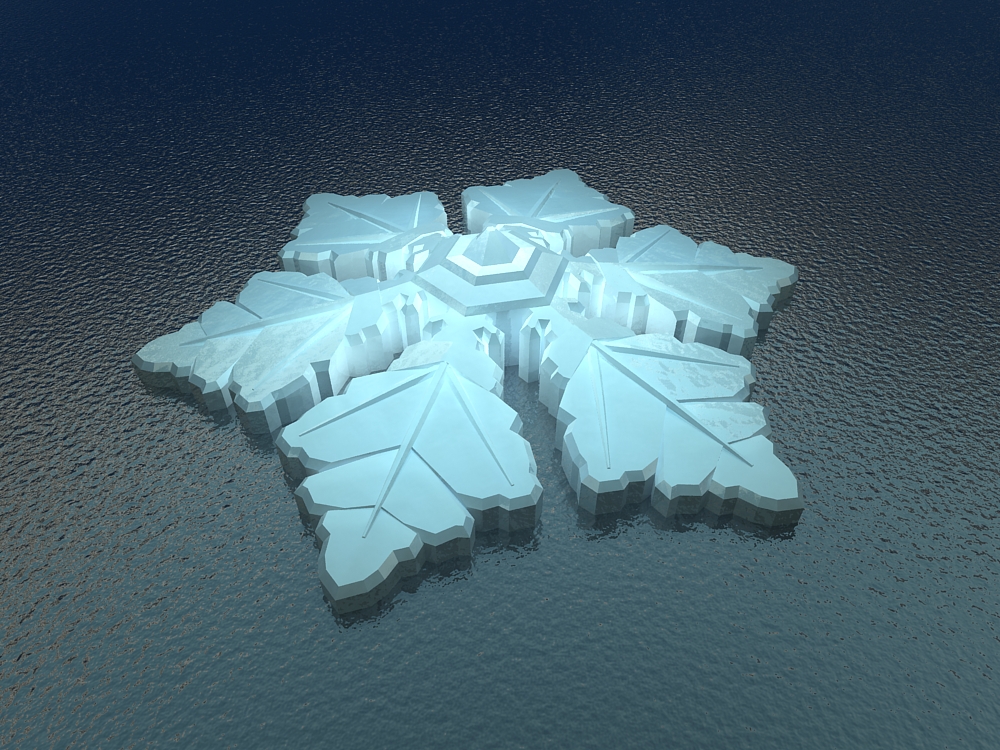 (CNN) – The Krystall hotel will doubtless inspire a few gags about a frosty reception when it opens in December 2016, but once guests realize they’re about to check in to a giant floating snowflake, it could just as easily melt hearts.

The 86-room luxury venue has been designed by architecture firm Dutch Docklands for the Norwegian city of Tromso, offering clients a unique destination and an unrivaled spot from which to view the northern lights.

“We call it a scar-less development,” architect Koen Olthuis tells CNN, explaining why the five-star Krystall will sit in icy waters off Tromso’s rugged coastline rather than on dry land.

“Because it’s floating, we do not have any impact on that location. If you take it away after 100 years or so, it will not leave any footprint.

“That’s the only way to bring a hotel to such a precious and beautiful marine environment.”

Olthuis says the Krystall has been inspired by the floating architecture widely found in his low-lying Dutch homeland, but will be on a far grander, and more opulent scale that is hoped will attract wealthy visitors from Japan, Russia and other parts of Europe.

“In the hotel, you’ll float through hallways lined with cool, futuristic blue shapes, recline by a fireplace faced in transparent bricks resembling ice blocks and sleep in rooms tricked out in minimalist, winter-themed designs,” he adds.

The Krystall’s best features, however, are the glass roofs that will offer clear views of the northern lights and windows that will gaze over the snowy tree-lined Norwegian coast.

Because it’s out at sea and not moored to the land, the hotel will only be accessible by boat, but the architect promises it won’t be affected by high winds and waves thanks to “dampers, springs and cables.”

“The floating basis is very big and because of that also very stable. You will not notice any movement. This hotel is floating real estate and will not move,” Olthuis says.

“It’ll have the same look and feel as a land-based hotel, but on the most beautiful spot on the water.”

The cost of building such a structure isn’t disclosed, though put at 15% higher than for an equivalent hotel on dry land.

The Krystall’s dry dock construction was, in fact, first planned a few years ago, but put on ice (of course) until 2015 because of the global financial downturn.

In the meantime, Dutch Docklands has begun work on a separate development in the Maldives.

Ocean Flower, a complex of 185 floating villas in a flower-shaped configuration, is already being built near the islands’ capital Male.

Greenstar, another planned development for the Maldives, involves building a floating hotel in the shape of star.

Though his company’s hotels are designed for the luxury leisure market, they form a wider portfolio of work intended to address a more down to earth concern — climate change.

With the effects of rising water levels that scientists have blamed on global warming already being felt in Maldives and Miami, Olthuis says we need to learn to live with the water, not just fight it.

It’s an approach that has already drawn criticism from some environmentalists who say that we should be tackling the causes of global warming rather than taking to the seas to avoid its affects.

Olthuis is convinced of the need for his approach.

“I see around me the first signs of a new generation of climate change architects who do not only want to provide icons but also solutions,” he adds.

“We live in a dynamic world where static buildings do not bring us the needed flexibility.

“Building on water brings us new space for expansion, safety against floods and flexibility to adjust developments without demolition whenever needed.”