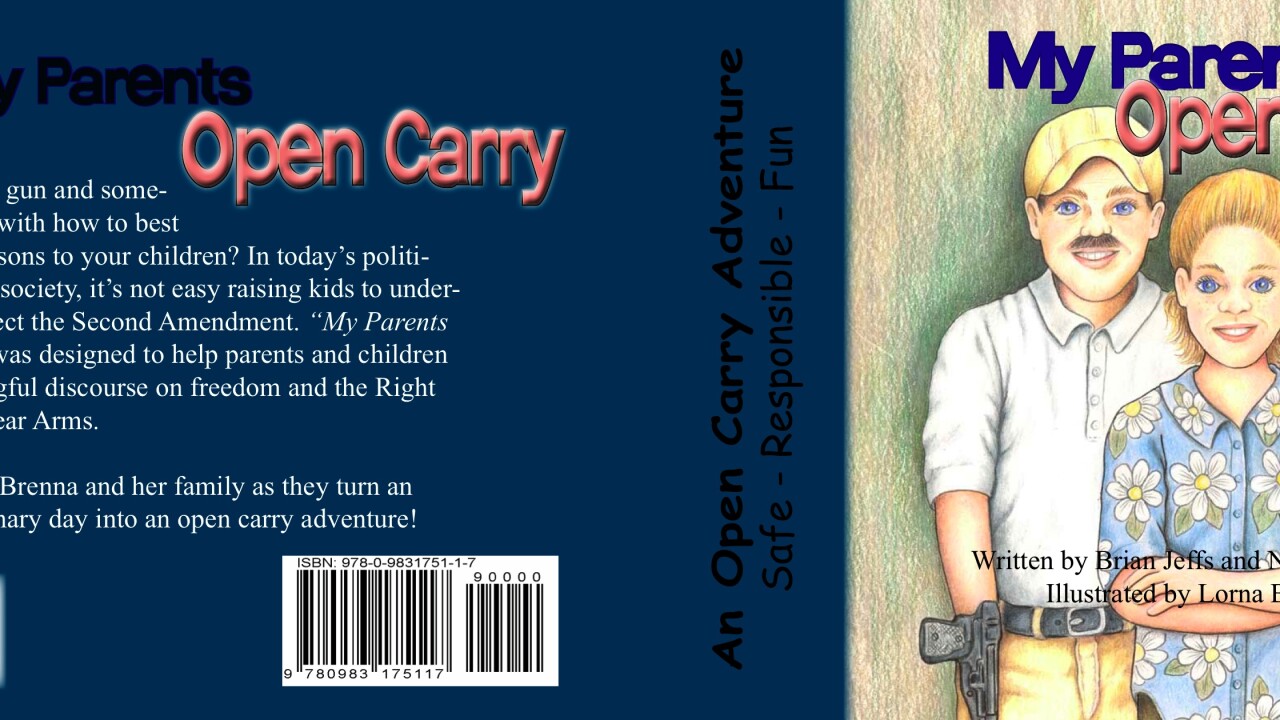 “My Parents Open Carry” is the story of a typical Saturday for 13-year-old Brenna Strong, running errands with her parents while they carry handguns in plain sight, or “open carry.”

(CNN) – A children’s book about gun rights has benefited from an unexpected boost in sales after it became the subject of a mocking segment on “Real Time with Bill Maher” last week.

“My Parents Open Carry” is the story of a typical Saturday for 13-year-old Brenna Strong, running errands with her parents while they carry handguns in plain sight, or “open carry.”

“If you open carry and have a difficult time explaining why to your family and friends, or if you want to learn about the open carry of a handgun, or if you’ve wondered if open carry is right for you, then this book is what you need,” is how the book’s website sums up the plot.

Published by White Feather Press, the book was made available in 2012 on limited release and picked up by Amazon in February of this year.

Its appearance on “Real Time” on August 1 increased sales dramatically, with orders pouring in, according to White Feather Press founder Skip Coryell.

“Sales were weak for the first few years,” Coryell said. “But after it was trashed on the show, sales have gone up.”

“It happened overnight,” he said. “Took me by surprise as a publisher.”

The book was featured on the “New Rules” portion of Maher’s show, during which Maher commented on the book’s cover illustration, asking “if mom and dad are both safe because they’re packing, why are they using their daughter as a human shield?”

Open carry has been a hot topic of conversation with several state legislatures debating its merits. Georgia recently passed legislation that allows gun owners to openly bear firearms in public places, such as bars, schools and churches.

On Amazon, “My Parents Open Carry” has a total of 115 reviews. All but 11 of them are one-star or five-stars, and many of the reviews have been posted in days following the show. Most of the reviewers admit to not having read the book.

Some say they have, though, such as “Ken,” who posted a five-star review on August 5:

“I did purchase the book and found it to be very helpful to my daughter. She was able to easily relate to the characters and apply their situation to our family. I would recommend this book to anyone that carries a firearm with kids ages 5-10.”

The authors, Brian Jeffs and Nathan Nephew, are founders of the nonprofit group Michigan Open Carry, Inc. When they started the group in 2009, Jeffs said that it wasn’t widely known what open carry was, or that it was legal in the state.

“Our organization provided educational materials and seminars on the legality of open carry,” Jeffs said. “We answered many of the same questions over and over as well as debunked the myths surrounding the practice.”

Jeffs decided that they should write a book answering the most common questions they got about open carry. “Since so many books were for adults, I thought a nice change would be a kid’s book.”

As expected, the reactions to the book have been mixed, and Jeffs said he’s gotten death threat e-mails from anti-gun critics.

Despite the threats, the authors already have plans to write a sequel to the book, and Nephew is working on an outline.

According to the book’s website, the illustrator, Lorna Bergman, is also from Michigan, and enjoys deer hunting and shooting.

“While we strongly support providing children with information that will protect them from gun violence, this book crosses the line from information into the realm of indoctrination,” a representative from Parents Against Gun Violence told CNN in an e-mail. “We welcome material that makes children safer from gun violence, but this book is not it.”