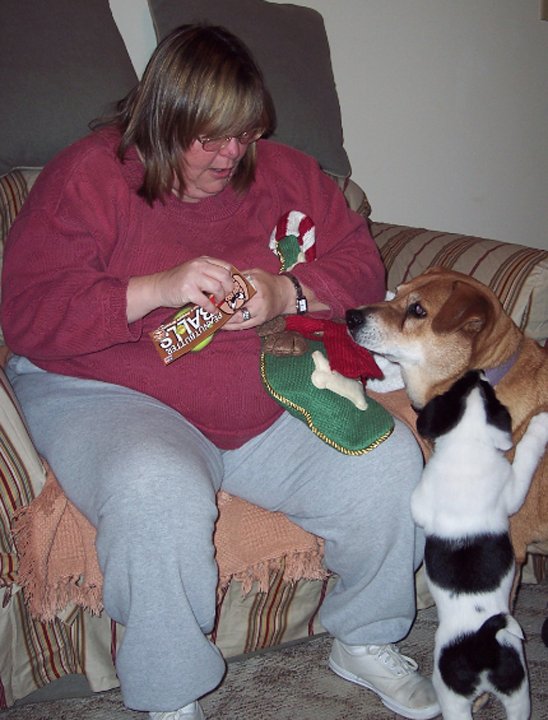 (CNN) – There are workout horror stories and then there’s Kathleen Riser, who was mocked by the most unlikely of sources: a fitness trainer at the gym.

“There’s another one who will break our equipment,” she overheard one trainer say 2½ years ago, pointing at her 350-plus pound frame.

It was only a confirmation of her fears. Riser had spent years avoiding fitness establishments out of embarrassment.

“I hadn’t been to a gym since I was in college, and every time I try to get enrolled I would feel uncomfortable,” she said. “I would feel like people were watching.”

People now point to Riser as an inspiration. The 54-year-old has lost 200 pounds.

“When I first started this journey two and a half years ago, I was desperate. … I actually thought this was the end of my life,” she wrote in her CNN iReport.

Riser has dedicated her professional career to others.

As a middle school teacher, she helped children enter her classroom and leave as knowledgeable, well-rounded teenagers. After school, Riser spent long hours as a band director, including nights and weekends traveling to competitions.

Unfortunately, the teacher, who is now retired, was unable to apply the same dedication toward her personal life.

“Every morning it was a McDonald’s sausage biscuit or fast-food breakfast,” she said. “I ate a lot of French fries, and a bunch of white bread.

“Really I was just a constant eater.”

At 5 feet 4 inches tall, Riser realized her weight was destroying her knees. She needed four surgeries, and each seemed to take a bigger toll on her body than the last.

She knew she was robbing herself of a productive life.

“It was hard for me to stand up without rocking or without leaning or something,” she said. “I couldn’t fly without getting a (seat-belt) extension for myself. And all those little things, like not being able to go on amusement park rides, were starting to get to me.”

The breaking point: Riser struggled to climb the stairs to get to her school classroom.

She estimates her peak weight was 383 pounds.

“I was on a one-way street to dying.”

Riser decided to find a judgment-free gym, change her eating habits and give healthy living another shot. Thanks to a tough-loving accountability group, her personal trainer Shaun Lloyd and her own dedication, Riser has achieved what she calls her goal: proving that middle-aged women can lose weight.

“People say that when you get older, it’s harder to lose weight,” she said. “Or that I was always going to be large. It became one of my inspirations to prove people wrong.”

Lloyd credit’s Riser’s success to one simple fact: “She just doesn’t take no for an answer.”

Lloyd knew he would have to gain Riser’s trust after she was scarred by the hurtful comments about her weight. But that was not especially difficult: Riser just needed someone to listen.

And so began the mental transformation, unlocking Riser’s determination and belief that she could lose weight.

Riser began to plan her meals with Lloyd: a supplement shake for breakfast, lean protein and veggies for lunch and the same for dinner. Snacks of junk food were replaced with raw almonds or hummus. And Riser completely eliminated processed foods, white flours, sodas and sweets from her diet.

Instantly, she began to see results.

“The treadmill was going at one of the slowest speeds, and I lost three pounds,” she said. “I knew if I could get myself moving, it was possible.”

Two years later, Riser is still moving, and the weight has continued to fall off. She’s exchanged her 42W clothing for size 18. Riser now weighs under 180 pounds and expects to hit her target weight by the end of the year.

She works out six days a week and plans healthy meals for herself and her parents — sometimes cooking a week’s worth of meals in one day.

“I believe in myself again,” she said. “Yes, there are of course days I get discouraged, but that is why it is so important to have someone around to help hold you accountable and love you.”

Riser’s parents are both fighting serious diseases. She said she believes her transformation has been critical in allowing her to be a good caregiver.

“My father has cancer, and my mother has dementia,” she said. “And now I have the energy and strength to help my father get up and down. That’s definitely been important.”

“They saved my life,” she said.