"Quarters A," as it’s known, has served as the official residence for every single Norfolk Naval Shipyard Commander since 1838.

But, for some reason early Tuesday morning, flames broke out in the roof of the 2-story brick home.

Firefighters from both the Navy and the City of Portsmouth responded just after 2 AM.

Several ladder trucks sprayed water from all sides, to try and save as much of the historic building as possible.

One Navy firefighter even went to the hospital, after complaining of shortness of breath.

He was treated and later released from Naval Medical Center Portsmouth.

Once the sun came up, Navy officials started assessing the damage.

The picture window that used to sit on the roof of Quarters A was destroyed, replaced with a gaping hole.

The second story over the front foyer of the home was burned to a crisp, and the rest of the house suffered major water damage.

Thankfully, the home was not occupied at the time, since it was in the middle of renovations for the new incoming shipyard commander.

Fire investigators are still trying to determine how the flames started in the first place.

The good news is that the structure of the home seems to be intact.

It's giving Navy officials hope this shipyard gem can be restored.

After all, the home is listed in the National Register of Historic Landmarks.

Contractors are trying to determine what the house needs to get back to its former glory. 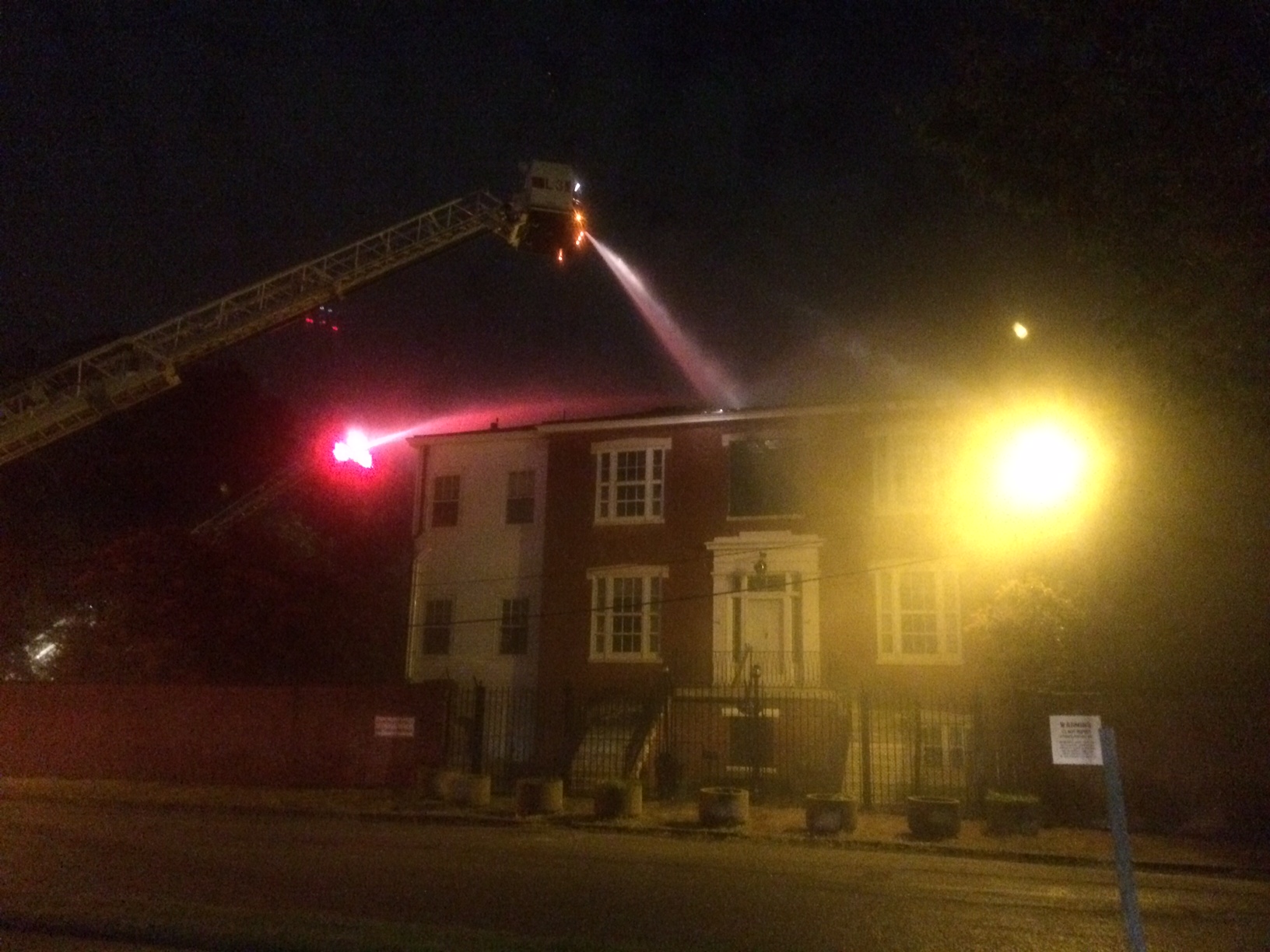