UPDATE: Two people have been arrested in connection to a burglary in Ivor. Authorities have arrested 39-year-old Christopher Funai and Herbert Worrell, III.

According to SCSO, entry was made through a chain link fence surrounding the building.

Security footage shows the lawnmowers being driven down Rt. 460 to another location where they were loaded into a trailer being pulled by possibly a white mid ‘90’s model F-series pick-up, four full doors with a long bed.

Two other suspect vehicles were also spotted. One appears to be a white Dodge Charger, 2011 or newer. The other vehicle couldn’t be seen clearly on the security footage.

Both vehicles are seen travelling back and forth on Route 460 during the theft.  The second vehicle is eventually seen picking up a suspect on foot.  If you have any information on these vehicles or the theft of the lawn mowers please contact the Southampton County Sheriff’s Office at 757-653-2100 or www.shso.org or the Franklin/Southampton Crime Line at 757-653-2900. 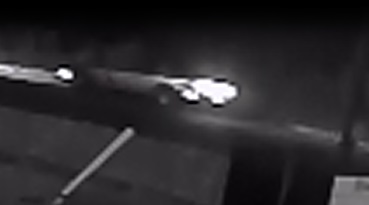