One of 2 wanted men arrested in Hampton shooting investigation

Bullet holes riddle the side of the Hampton Center apartment complex.

UPDATE: Julius Kinyata Heckstall was arrested on March 11th, 2015 in connection to this incident.  Heckstall, a 25-year-old Hampton man who resides in the 1st block of Sharon Court, was charged with one count of Maiming, one count of Use of a Firearm in Commission of a Felony, three counts of Shooting into an Occupied Building, and one count of Possession of a Firearm by a Convicted Felon. He is currently remains in custody at the Hampton City Jail.

Kevin Dwayne Jones, a 27-year-old Hampton man that resides in the 1200 block of Micott Drive is still wanted in connection with this incident. He is currently wanted for one count of Maiming, one count of Use of a Firearm in Commission with a Felony, and three counts of Shooting into an Occupied Building.

Police say three homes on Executive Drive were shot up Thursday evening. The result of an argument that turned violent.

Investigators are still looking for 25-year-old Julius Helkstall and 27-year-old Kevin Jones. Both should be considered armed and dangerous. The third, 23-year-old Bryers Peeples, is now behind bars.

Officers arrested him at the hospital; they say he was shot during the fight.

After being shot, neighbors here say Peeples ran over from the shopping center, through a walkway waving his gun in the air and telling people to call 911.

"It could have been my grandkids that got shot, or the man here,” says Candace Karmichael, who lives at the complex. “People were home when this happened. It's just terrible."

Karmichael says she is fed up with the violence. This isn't the first time she says she's feared for her safety.

"You know my door has gotten kicked in in the daytime, in the middle of the day,” she says. “They come and kicked the door in while we're home."

Neighbors say all the problems come from right behind the bushes. They say fights frequently break out at the next door shopping complex.

"This is where all the trouble starts,” Karmichael says. “Anything that happens comes from that way and it comes over here to our complex."

The evidence from Thursday is still visible in a boarded up business window and the multiple holes through apartment homes.

"Those bullets can go right through the walls,” Karmichael says. “These walls are paper thin. It's not like they're brick or anything. It’s a blessing that nobody did get hurt."

Both individuals are currently wanted for one count of maiming, one count of Use of a Firearm in the Commission of a Felony and three counts of Shooting into an Occupied Building.

Helkstall is also wanted for one count of Possession of a Firearm by a Convicted Felon. Both subjects should be considered armed and dangerous. 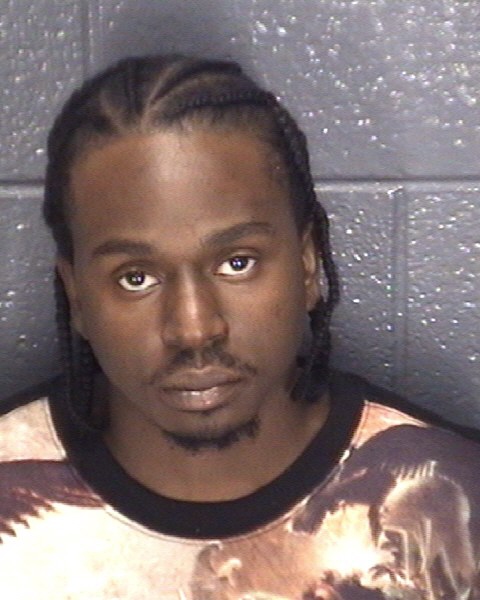