Building on lessons learned from its first test period aboard the Roosevelt in November, the X-47B team focused on perfecting deck operations and performing maneuvers with manned aircraft in the flight pattern.

“Today we showed that the X-47B could take off, land and fly in the carrier pattern with manned aircraft while maintaining normal flight deck operations,” said Capt. Beau Duarte, program manager for the Navy’s Unmanned Carrier Aviation office. “This is key for the future Carrier Air Wing.”

The first series of manned/unmanned operations began in the morning when the ship launched an F/A-18 and an X-47B. After an eight-minute flight, the X-47B executed an arrested landing, folded its wings and taxied out of the landing area. 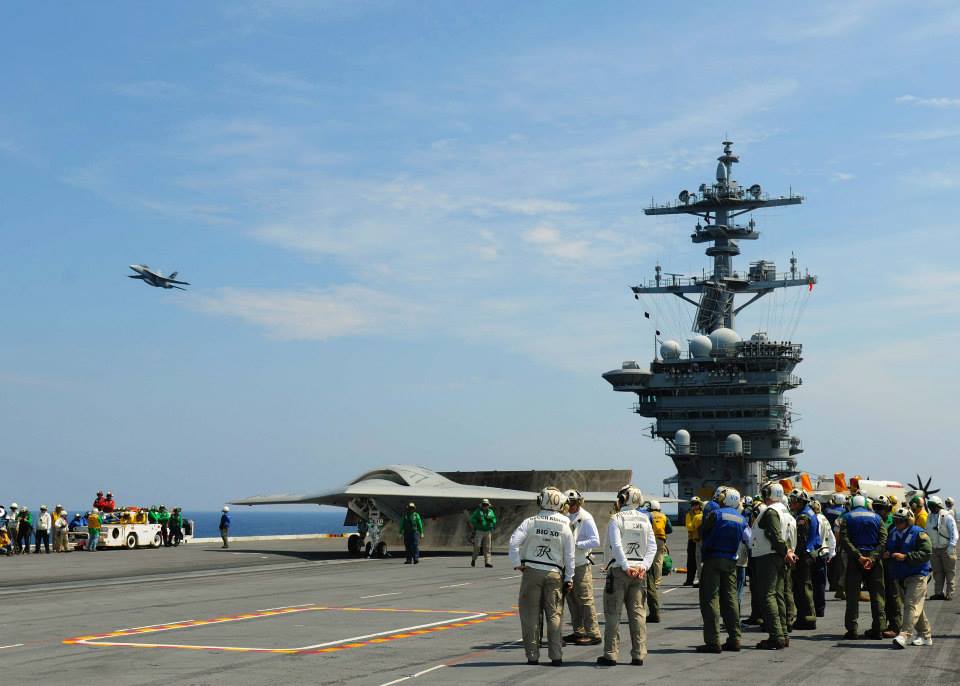 The deck-based operator used newly developed deck handling control to manually move the aircraft out of the way of other aircraft, allowing the F/A-18 to touch down close behind the X-47B’s recovery.

The X-47B will remain aboard the Roosevelt for the duration of the underway period. It will perform additional cooperative deck and flight operations with F/A-18s and complete night deck handling and flying quality evaluations.

The Navy will continue X-47B flight operations over the next year to demonstrate the integration of unmanned aircraft within the carrier environment and develop technologies for the future Unmanned Carrier Launched Airborne Surveillance and Strike system.
Related: