Virginia Beach, Va. – The 45-foot sei whale that died in the St. Julien's Creek annex of the Elizabeth River on Thursday likely died of blunt force trauma and damage from a hunk of plastic in its stomach, researchers said on Friday.

During a necropsy, the Virginia Aquarium Stranding Response Team found a large sharp piece of rigid, black plastic in the whale's stomach. This may have caused the lining of the stomach to be damaged and prevented the animal from feeding normally. There was no evidence that the whale had fed recently.

“It is possible that the whale was weak from lack of feeding due to the foreign material in its stomach. This may explain why it wandered into an unusual area like the Elizabeth River,” said Aquarium Research Coordinator Susan Barco.

The necropsy also revealed that the whale had evidence of recent blunt force trauma, including two fractured vertebrae. Barco said, “We believe this was likely caused by impact from a vessel. There was a large area of bruising but very little external damage suggesting that the vessel may have been traveling at a slow speed when it hit the whale.”

The whale had a bruise that started near her left eye and was about 11 feet long.

The whale, who researchers say was a female weighing over 20,000 pounds, was towed from St. Julien's Creek and taken to Craney Island for the necropsy. The whale was relatively young as it was not sexually mature. Sei whales are located along the East Coast but usually live in offshore waters.

Tissue samples were taken for further analysis of the injuries by a veterinary pathologist, the results will take several weeks or months to complete.

The team says it was particularly difficult to perform the necropsy because they had grown attached to the whale, after following her in the wild for a week.

The Virginia Aquarium Stranding Response Team had been monitoring the whale daily since last week when it was originally spotted by the Coast Guard in the James River between the Hampton Roads Bridge Tunnel and the Monitor Merrimac Tunnel.

At the time it was noted that the whale was thin and its movements were not indicative of a healthy whale, according to aquarium officials.

"It wasn't our place to try and move it. At this point it was going to have to save itself or it wasn't going to be saved," says Mark Swingle, director of the Virginia Aquarium Stranding Response Team.

NOAA guidelines prohibited the stranding  team from interacting with the whale before its death since it was swimming on its own and was never stranded. The stranding team also says that they believed the whale was likely sick, and forcing a sick whale back into open ocean waters would have been considered inhumane.

Under the Marine Mammal Protection Act, it is illegal to harass or approach marine mammals such as whales. To report someone harassing a marine mammal, please contact NOAA’s Office of Law Enforcement Hotline at 1 800 853-1964. 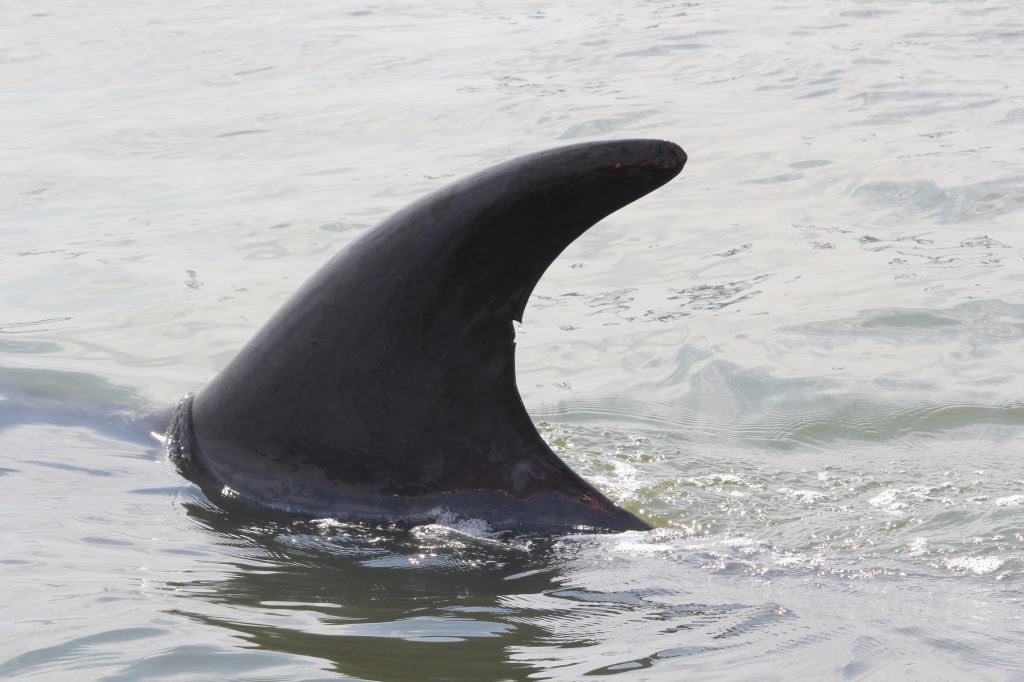 Previous: 40-foot whale stuck in a new location in the Elizabeth River