(CNN) – A storied former U.S. Navy aircraft carrier is on its final voyage Friday, a slow voyage from Rhode Island to a scrapyard in Texas.

The former USS Saratoga (CV-60), a part of the Navy’s carrier fleet from 1956 to 1994, is being towed down the Atlantic Seaboard by tugboat at about 7 mph, according to a report from the Maritime Executive. The voyage is expected to take about 16 days, the Navy says.

The Navy in May announced it was paying ESCO Marine of Brownsville, Texas, one cent to take the carrier off its hands for dismantling and recycling. The company makes money by selling the metal it salvages from the ship.

Saratoga veterans were among the crowds of people who gathered on Narragansett Bay on Thursday as the ship left Naval Station Newport on its final journey.

“A ship like this shouldn’t be taken apart piece by piece,” Mitchell Abood, who served aboard the Saratoga from 1985 to 1987, said in an article from the U.S. Naval War College.

“It’s sad that she could not be turned into a museum,” former crewman Darryl Fern was quoted as saying. He served aboard the ship from 1982 to 1984.

During its more than 38 years in the Navy, the Saratoga went on 22 deployments, including serving off North Vietnam in 1972 and 1973.

In 1985, fighters from the Saratoga helped capture terrorists who hijacked the cruise ship Achille Lauro in the Mediterranean, forcing a jetliner carrying them to land at an air base in Sicily. 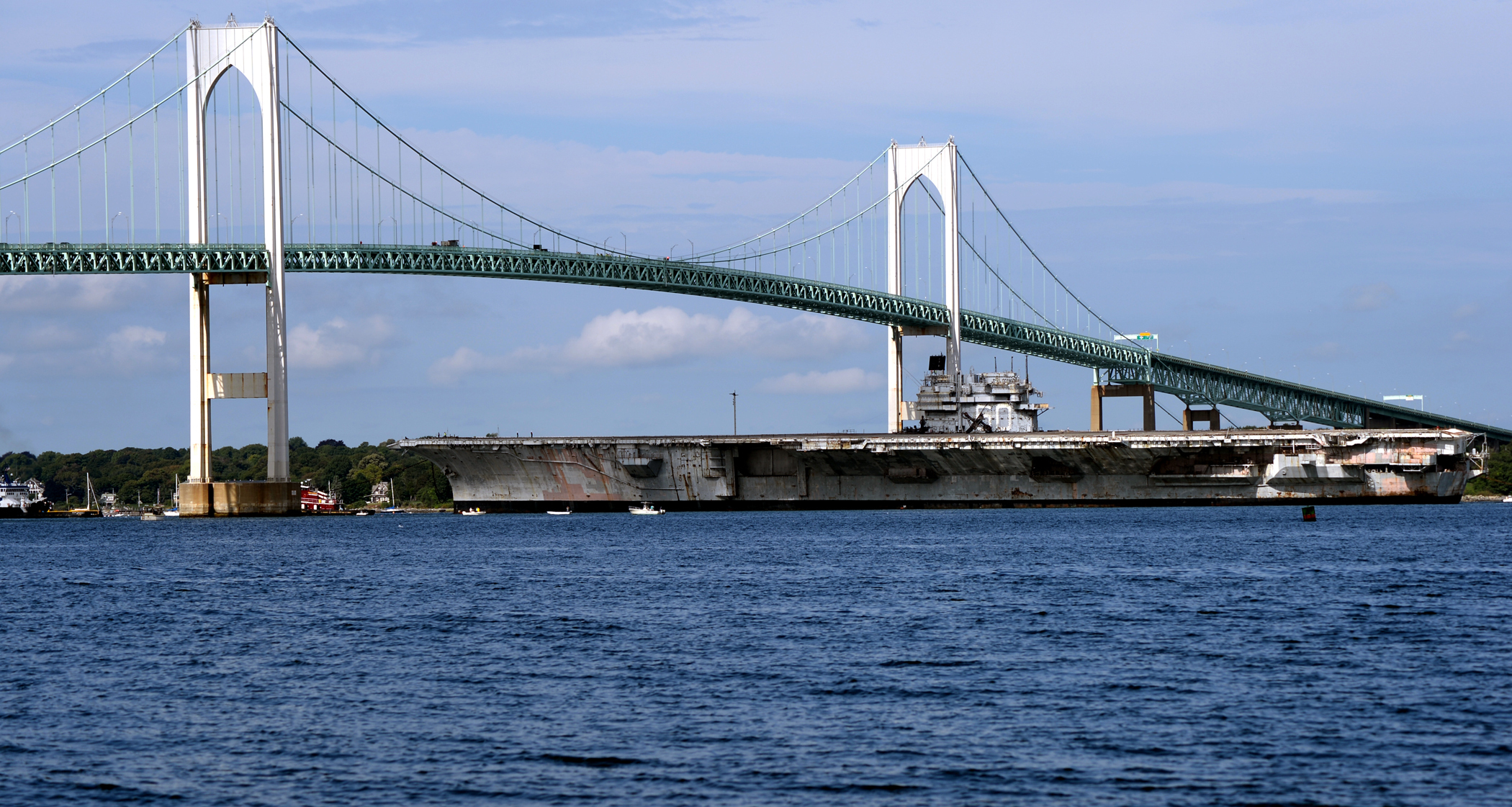 The ship carried all kinds of aircraft during its 38 years, but its final voyage had to wait for the departure of some other “fliers,” according to the War College report: While it was docked in Rhode Island, a pair of peregrine falcons had chicks in a nest aboard the carrier.

“After consultation with the U.S. Department of Fish and Wildlife, any movement plans were put on hold until after Aug. 15 to be certain that any fledglings would have ample time to learn to fly and move elsewhere,” according to the report.

The Saratoga follows the former USS Forrestal to dismantling in Texas. That ship was towed to All Star Metals of Brownsville earlier this year, with the Navy paying a penny to the ship recycler under a contract awarded last October.