UPDATE: Skateboarder seriously injured after being hit by car near Lynnhaven Pkwy 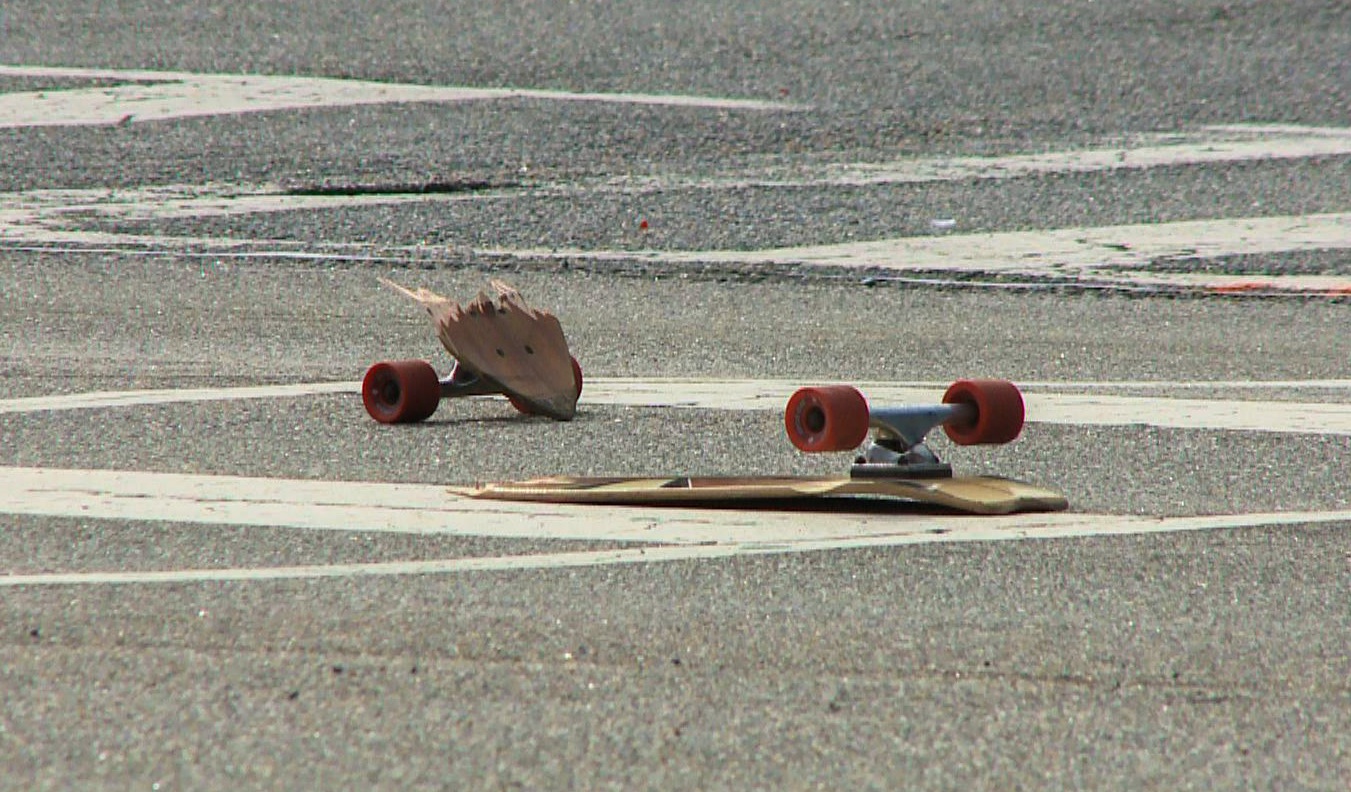 Virginia Beach, Va. – A skateboarder was hit by a car this morning near the intersection of Round Hill Drive and Lynnhaven Parkway.

Investigators with the Virginia Beach Police Fatal Crash Team responded to the scene of the crash, which happened around 6:58am.

Driver tells me the light turned green thinks the teen on skateboard was trying to cross before traffic started going, he tried to swerve

The boy’s skateboard was left in pieces along Lynnhaven Parkway.

The driver, who was too upset to talk on camera, says the boy was trying to beat oncoming traffic, when the light turned green. The driver says he tried to swerve, then stopped, but still ended up hitting the skateboarder.

The boy is now in the hospital with serious injuries after hitting the hood of the car and smashing into the car’s windshield.

Crash team investigators blocked all eastbound traffic along a stretch of Lynnhaven Parkway for several hours, trying to figure out who was at fault.

No charges will be filed related to the crash.