Coast Guard Air Station Elizabeth City took action and got results over the weekend for a little boy with a big wish.

The Make-A-Wish Foundation contacted the air station and told them about Isaac Simmons' dream of becoming a Coast Guard Rescue Swimmer.

Isaac is from Archdale, North Carolina and lives with a rare heart condition called Hypo-Plastic Right Heart, but the Coast Guard says that didn't slow him down as he lived out his dream of being part of a Coast Guard rescue helicopter crew.

Isaac spent an amazing weekend at the Aviation Technical Training Center taking part in all aspects of training.

Isaac's adventure began Saturday at the air station when he met with Coast Guard helicopter pilots and crew in preparation for his flight. The rescue swimmers presented Isaac with a personalized, miniature flight suit and the safety gear he needed.

The flight with Isaac was planned as a routine patrol down North Carolina's Outer Banks. His flight took him over waving Coast Guard Facebook and Twitter fans who followed Isaac's adventure throughout the day. During the flight, a sudden distress call came in reporting a troubled swimmer, played by the base's chaplain unbeknownst to Isaac, needed an immediate rescue. The helicopter pilots diverted course to assist. Arriving on scene, Isaac spotted the chaplain and helped in deploying the crew's rescue swimmer. Isaac watched firsthand the coordination and teamwork needed to hoist someone aboard the helicopter. He then helped provide first-aid before landing at a local hospital, Isaac himself carefully walked the rescued chaplain down the path, guiding him to safety.

Upon his return to the air station, Isaac was greeted by a cheering crowd and the air station's commanding officer who welcomed him back and presented him with awards and a set of naval aviator wings.

On day two of his adventure, Isaac toured the Aviation Technical Training Center where he learned what it takes to become an aviation crewmember. He then experienced being rescued by Coast Guard rescue swimmers, learned how the electronics worked within the helicopter with Coast Guard aircraft electricians and got into the nitty-gritty with Coast Guard aircraft mechanics. At the end of the day, Isaac was presented with three honorary degrees in the aviation fields by the school's commanding officer.

"All this was amazing. The Coast Guard here went above and beyond everything that we thought could happen," said Ryan Simmons, Isaac's father. "Everybody was wonderful, and this has just been a great experience and the time of his life."

Coast Guard Mid-Atlantic posted dozens of pictures and updates to their Facebook and Twitter pages throughout the weekend. Click the links to explore more of Isaac's amazing weekend! 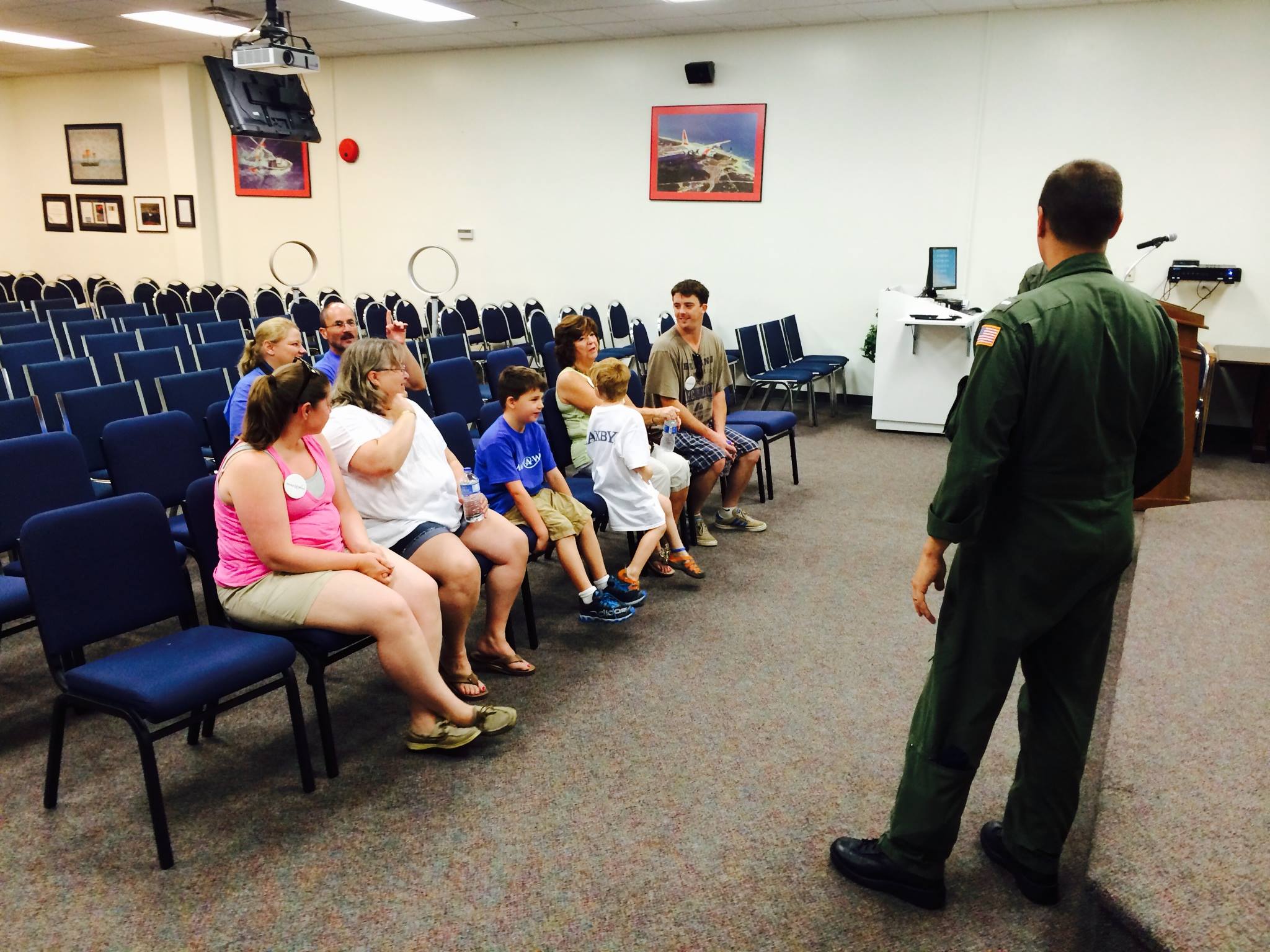