Thanks to Hurricane Cristobal, it looks like the red flags will most likely continue to stay up throughout the week.

Crews continue to monitor the currents hourly all day long. Rip currents and heavy swells are keeping lifeguards busy as they work to keep people out of the water.

Right now, there are strong rip currents due to wind, as well as bigger waves. Gill says waves right now are "choppy and breaking everywhere, not typical of the Oceanfront."

Lifeguards have been having to blow a lot of whistles lately, Gill says. Rip currents won't necessarily pull you under, but they will take you out further, he says.

Mirek Dabrowski is the Director of Surf Rescue for the towns of Duck and Southern Shores. He says high winds womcing from the northeast have made the water dangerous since Sunday and it's only expected to get worse as the week moves on.

"The high pressure system is now fighting with the low pressure system from the hurricane that's coming up the coast. So as one system moves off, the other system is going to move in and create even more swell," Dabrowski says.

The National Weather Service has Virginia Beach listed in the "highest risk zone" area today. Gill says he does not predict much of an improvement tomorrow, but he is expecting stronger currents into tomorrow and Thursday.

Another beautiful day in OBX and another day of red flags. Rescuers say surf, rips going to get even worse this week pic.twitter.com/J2jMvdqNQy 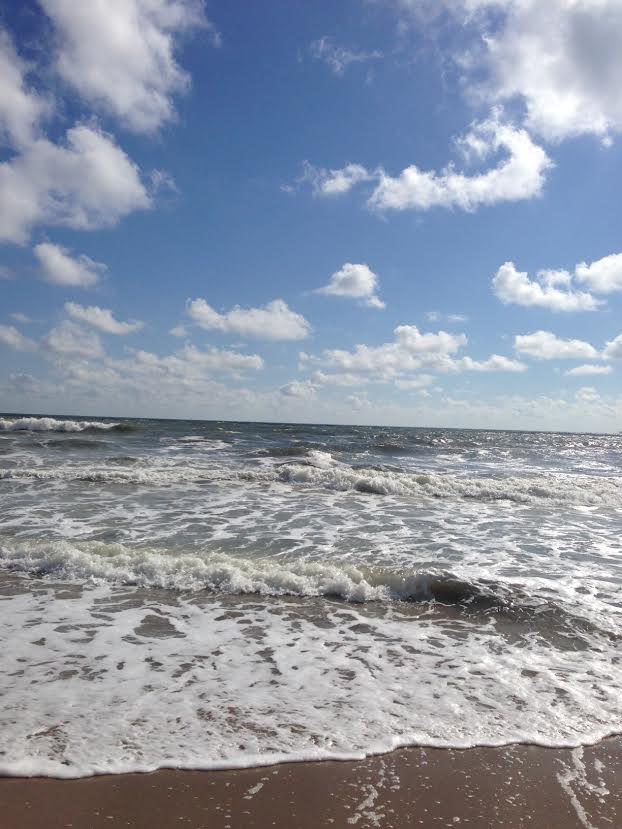