USS Norfolk returns to Norfolk for the final time

The Norfolk left her Naval Station Norfolk homeport in February, steaming more than 30,000 nautical miles during the deployment.

Among her port visits: Lisbon, Portugal; Rota, Spain and Bahrain.

The submarine is the third naval ship  named in honor of the City of Norfolk but will now be decommissioned.

"There was a lot of sadness on the part of all the sailors that were on board for this deployment to see this great warship be retired earlier than any of us were expecting," USS Norfolk Commanding Officer Commander Greg Zettler told NewsChannel 3's Todd Corillo Tuesday.

ETSN Cecil Waters and his wife Shelby had the honor of the first kiss on the pier Tuesday.

"I think that everybody aboard the USS Norfolk when decommission her, we’ll decommission just a little piece of everyone’s soul," he said.

The Navy will begin to deactivate the USS Norfolk next year.

The first kiss. The Waters got married and then Cecil immediately left for deployment. @WTKR3 pic.twitter.com/G3DniIHoNb 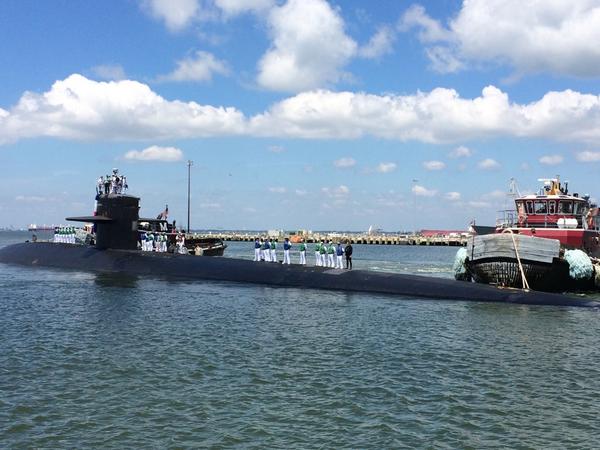