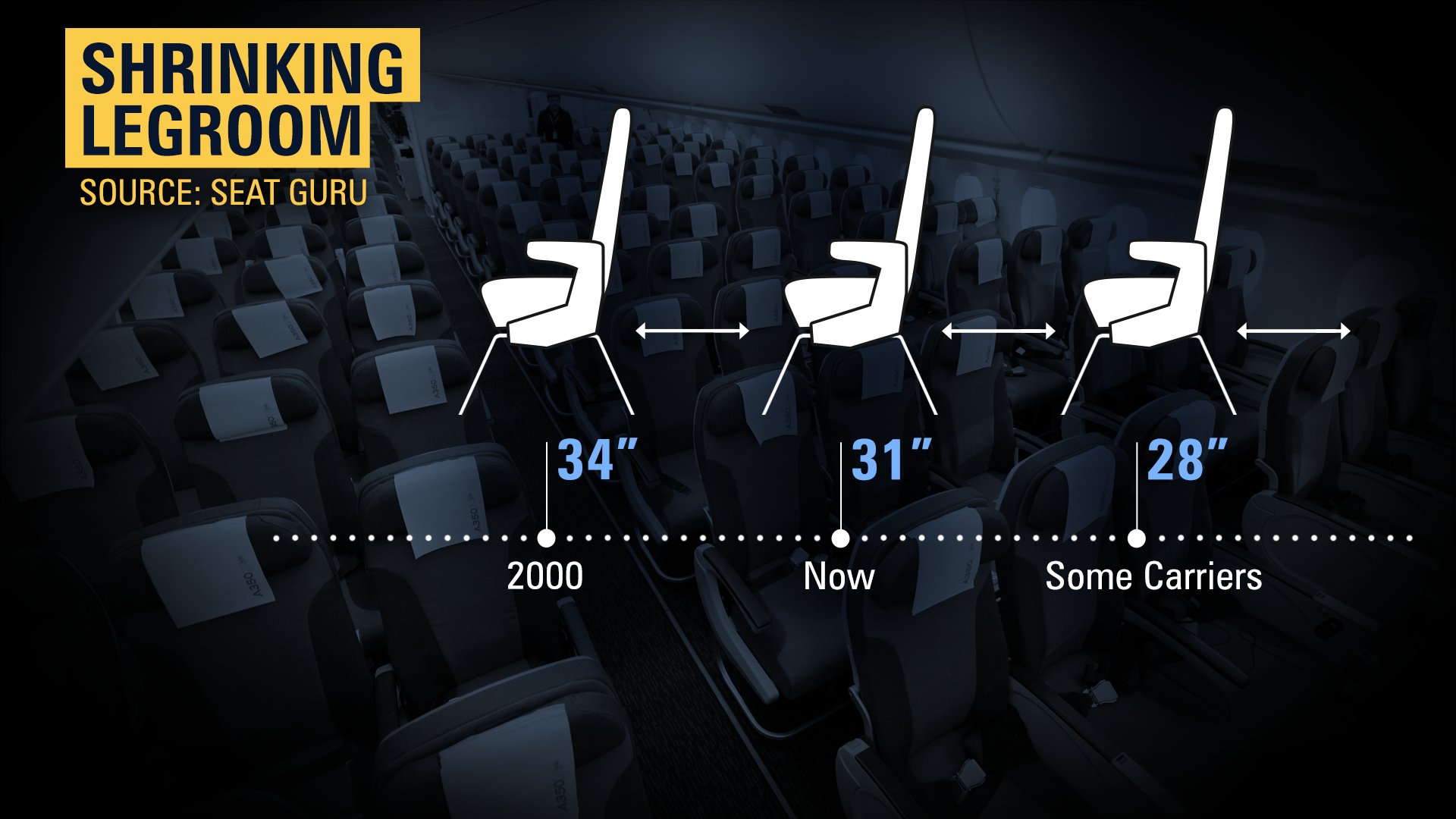 (CNN) – Another day, another fight about reclining seats on a U.S. airline flight.

In the third serious airline legroom incident in two weeks, an angry passenger caused yet another flight to divert Monday night.

Delta Air Lines Flight 2370 from New York’s LaGuardia Airport to West Palm Beach, Florida, was rerouted to Jacksonville, Florida. A passenger became irate about the traveler in front of her trying to recline her seat, a fellow passenger told CNN affiliate WPTV.

“This woman who was sitting next to me knitting actually just tried reclining her seat back,” passenger Aaron Klipin said. “The woman behind her started screaming and swearing and then a flight attendant came over and that just exacerbated what was going on and then she demanded that the flight land.”

“Delta flight 2370 from New York-LaGuardia to West Palm Beach was re-routed to Jacksonville International Airport due to a passenger disruption,” Delta said in a statement. “Out of an abundance of caution, the Captain elected to divert to the closest airport.”

It’s been a tense couple of weeks for passengers on both sides of the right-to-recline debate.

Another reportedly irate passenger caused a flight from Miami to Paris to divert to Boston on August 27 after someone allegedly tried to recline in front of him.

Paris resident Edmund Alexandre, 60, was charged in U.S. federal court August 28 with interfering with an airline flight crew. Interfering with flight crew members is a violation of federal law and carries a sentence of up to 20 years in prison. (The passenger’s name has also been spelled “Edmond” Alexandre in court documents.)

A United Airlines flight from Newark, New Jersey, to Denver was diverted on August 24 after two passengers argued over one passenger’s use of a “Knee Defender,” a device that blocks reclining.

Water was thrown and the passengers, both 48, were removed from the flight in Chicago, according to a federal law enforcement source, speaking on background. The passengers were not arrested.

It seems at least one of the passengers was not completely satisfied with the extra space in the Economy Plus section where they were seated, which provides United passengers up to 5 inches of extra legroom compared with standard coach seats.

Aviation blogger Benet Wilson is surprised there haven’t been more incidents in the air as travelers face long security checkpoint lines at more crowded airports as well as less space and fewer amenities on planes.

“As airlines try and squeeze as many seats into economy as possible, that decreases seat pitch which can be uncomfortable for someone like me, who is 5’3″,” wrote Wilson via e-mail.

“But imagine being a foot taller squeezed into that same space. It doesn’t help that the (Federal Aviation Administration) doesn’t have an official rule on using (seat-blocking devices), instead deferring to passengers and airlines. So I feel the situation will get worse before it gets better.”

The core problem is definitely the airlines packing too many seats too close together into a tight space, said veteran flight attendant Heather Poole, author of “Cruising Attitude: Tales of Crashpads, Crew Drama, and Crazy Passengers at 35,000 Feet.”

“That said, this doesn’t give anyone the right to act childish,” Poole wrote via e-mail. “To react in such a way that the crew feels the need to divert a flight to have a passenger removed is a really big deal.”